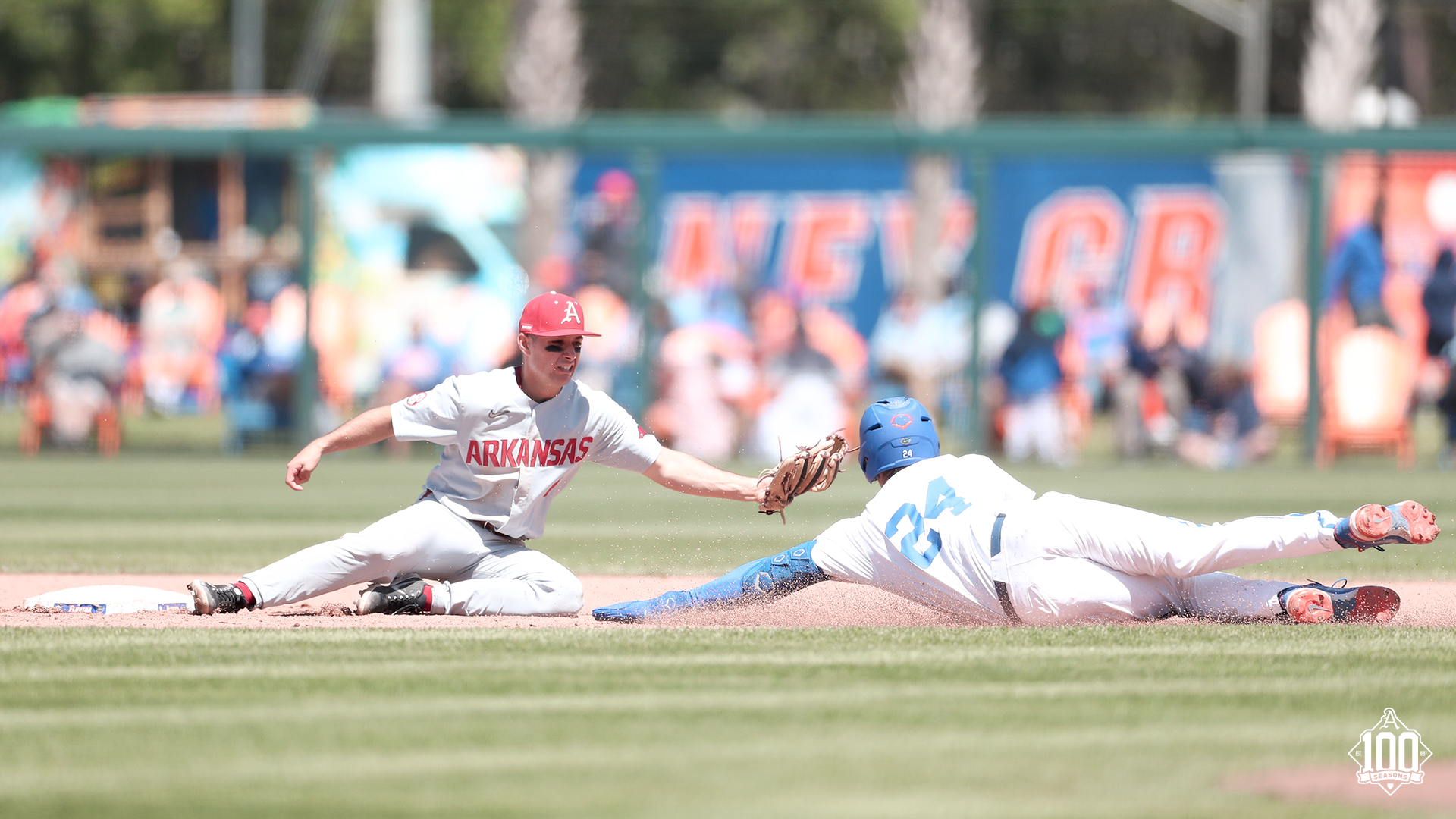 GAINESVILLE, Fla. – The Razorbacks have lost an SEC series for the first time since 2019.

The Hogs fell behind early after the Gators opened a four-run lead in the bottom of the third. Arkansas, however, punched right back in the top half of the fourth and tied the game, thanks to Jalen Battles’ RBI single and Zack Gregory’s game-tying, bases-clearing double.

Florida retook the lead with three runs in the fifth, but Arkansas refused to back down. The Razorbacks scratched out two runs in the sixth, scoring on an error and a bases-loaded walk, before Gregory tied it up again in the top of eighth.

Gregory’s second hit of the day was a towering home run to right, evening the game at seven apiece with his fourth round-tripper of the year. He finished the afternoon with a career-high four RBI, reaching base in all four of his plate appearances in the effort.

The Gators still had more offense left in the tank, though, retaking a lead for the third time in the ballgame with two runs in the bottom of the eighth. The Hogs went down in order in the ninth to seal their defeat.

Arkansas will turn the page quickly and gear up for five games in five days this coming week at Baum-Walker Stadium, starting with a two-game midweek series against UAPB. First pitch is 6:30 p.m. Tuesday, April 12, on SEC Network+.