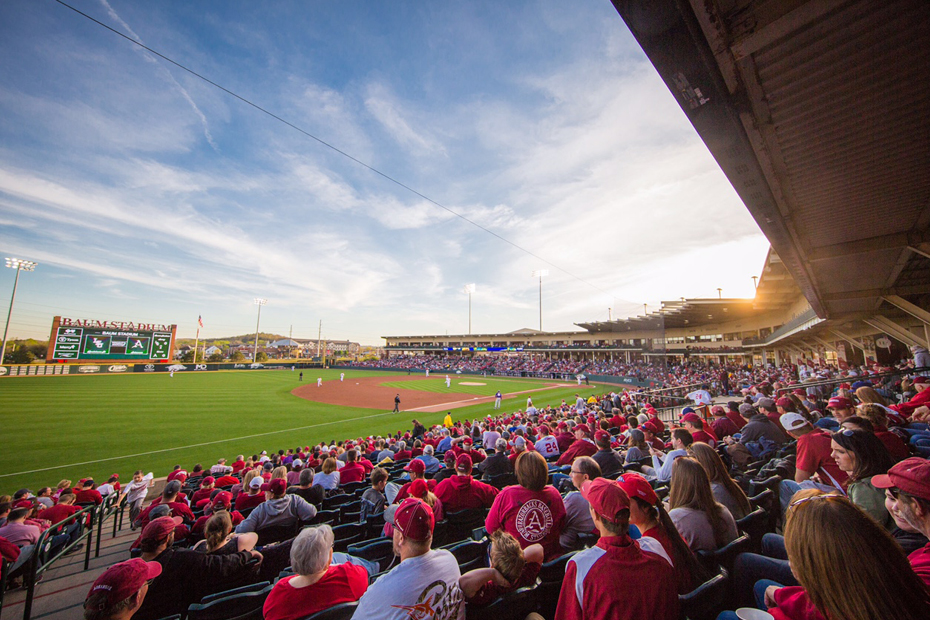 FAYETTEVILLE, Ark. – The NCAA announced tonight that Arkansas will be one of the 16 regional site hosts for next weekend’s NCAA Regionals which are slated to begin Friday.

Fresh off their fourth Southeastern Conference Tournament final appearance, the Razorbacks will be making their 28th appearance overall and 14th in the last 15 years. It is also the sixth time Fayetteville has been selected as a host and first since 2010.

The Hogs (42-17) entered last weekend ranked as high as No. 12 in the nation and have won seven of their last 10 games, including a run to the SEC Tournament final. Arkansas will be back in the NCAA Tournament after missing it last year for the first time since 2001. Now, the Razorbacks have made a 16-game turnaround and won 40 or more games for seventh time in the last 10 seasons.

Each regional field features four teams, playing a double-elimination format. The field of 64 will be announced on Monday at 11 a.m. in a show airing on ESPN2.

By virtue of being awarded a regional, all 16 host institutions have also been selected to the 64-team field.