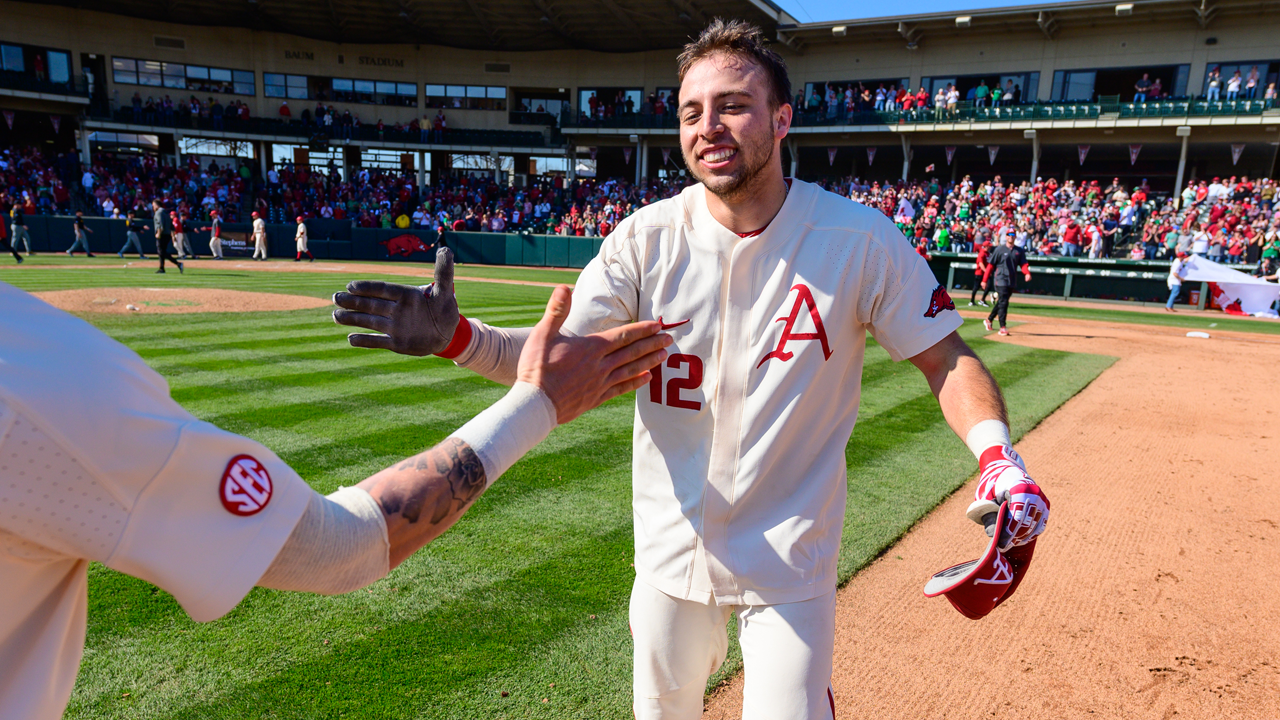 FAYETTEVILLE, Ark. – Arkansas baseball has been placed at No. 7 in D1 Baseball’s preseason rankings, making it three top-10 marks so far heading into the 2020 campaign.

It marks the second time in three years the Razorbacks have received a top-10 ranking from the outlet, beginning the 2018 season in fourth. Last year, D1 Baseball put Arkansas at 16th in its first poll.

The Razorbacks are coming off a 46-20 season that produced an SEC West division title and the program’s 10th trip to the College World Series in 2019. Head coach Dave Van Horn, entering his 18th season at the helm of the baseball team, has more appearances in the CWS than any active coach in the nation with eight.

Arkansas returns a number of veterans with experience on the mound, including two-thirds of last year’s rotation in sophomores Connor Noland and Patrick Wicklander. Noland and Wicklander were among the top freshmen arms in the conference in 2019, as the duo combined for a 4.16 ERA, nine wins, 145 strikeouts and only 51 walks. Noland was named a Perfect Game Freshman All-American while both garnered SEC All-Freshman honors.

Offensively, the Razorbacks return plenty of firepower, including last year’s top hitter in Matt Goodheart, who finished with a .345 batting average as the team’s designated hitter. Along with Goodheart, the Hogs bring back two of the top bats in the nation in juniors and preseason All-Americans Heston Kjerstad and Casey Martin. Kjerstad hit .325 or higher in each of his first two seasons, matching his hit total (87) from 2018, while driving in another 51 RBIs to go with 17 home runs. As for Martin, he hit more home runs (15) and had more RBIs (57) than his freshman season, finishing with 81 hits overall last season.

Arkansas is set to host 32 games at Baum-Walker Stadium this spring, including home SEC series against Alabama, Florida, Texas A&M, Auburn and Georgia. During the 2019 postseason run, Arkansas saw 93,868 fans pack Baum-Walker Stadium, the most of any ballpark in the country. The Razorbacks wrapped up the 2019 season with a 33-7 home record, the second-straight year Arkansas has totaled 30 or more wins at home.