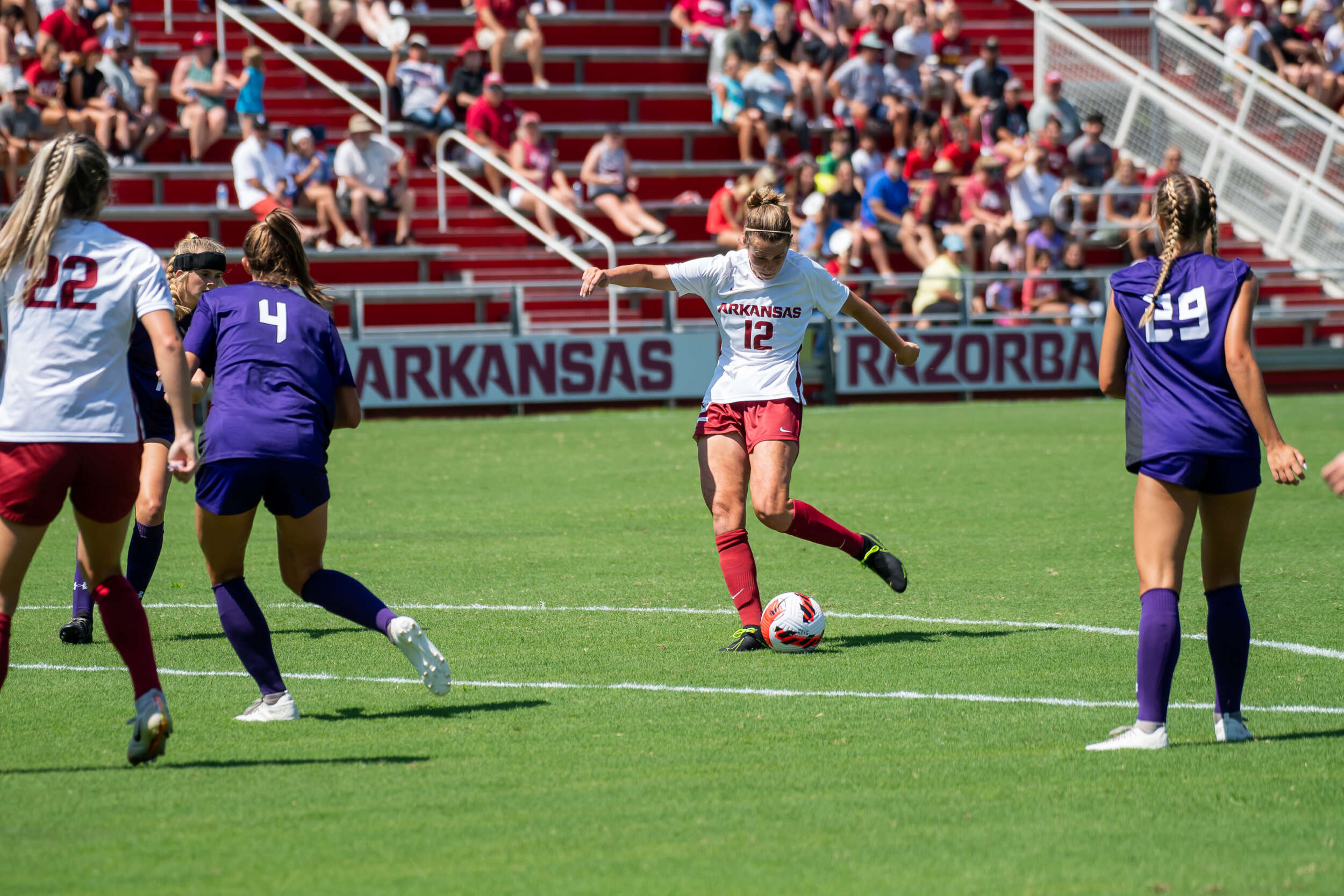 The Razorbacks have never faced the Eagles and last matched up against Lamar in 2019, winning 7-0.

Scouting the Eagles and Cardinals

Eastern Washington is coming off a 5-0 win versus CSU Bakersfield. The Eagles are led by Sariah Keister, who leads the team in goals (2), shots (10), and shots-on-goal (5).

Lamar is fresh off a 9-0 victory over Alcorn State, and is set to play UTSA on Friday in the invitational. They are led by Isela Ramirez, who leads the team in goals (4), shots (12), and assists (2).

>> The Razorbacks and Eagles have never met on the pitch.

>> Anna Podojil and Parker Goins were named to the MAC Hermann Award Watch List. Goins and Podojil, who were both named to the SEC Preseason Watch List the same week, earned first team All-SEC honors in 2020 and led Arkansas to its second-straight SEC regular-season title.

>> The Razorbacks were picked first in the SEC preseason coaches poll, tied with Texas A&M.