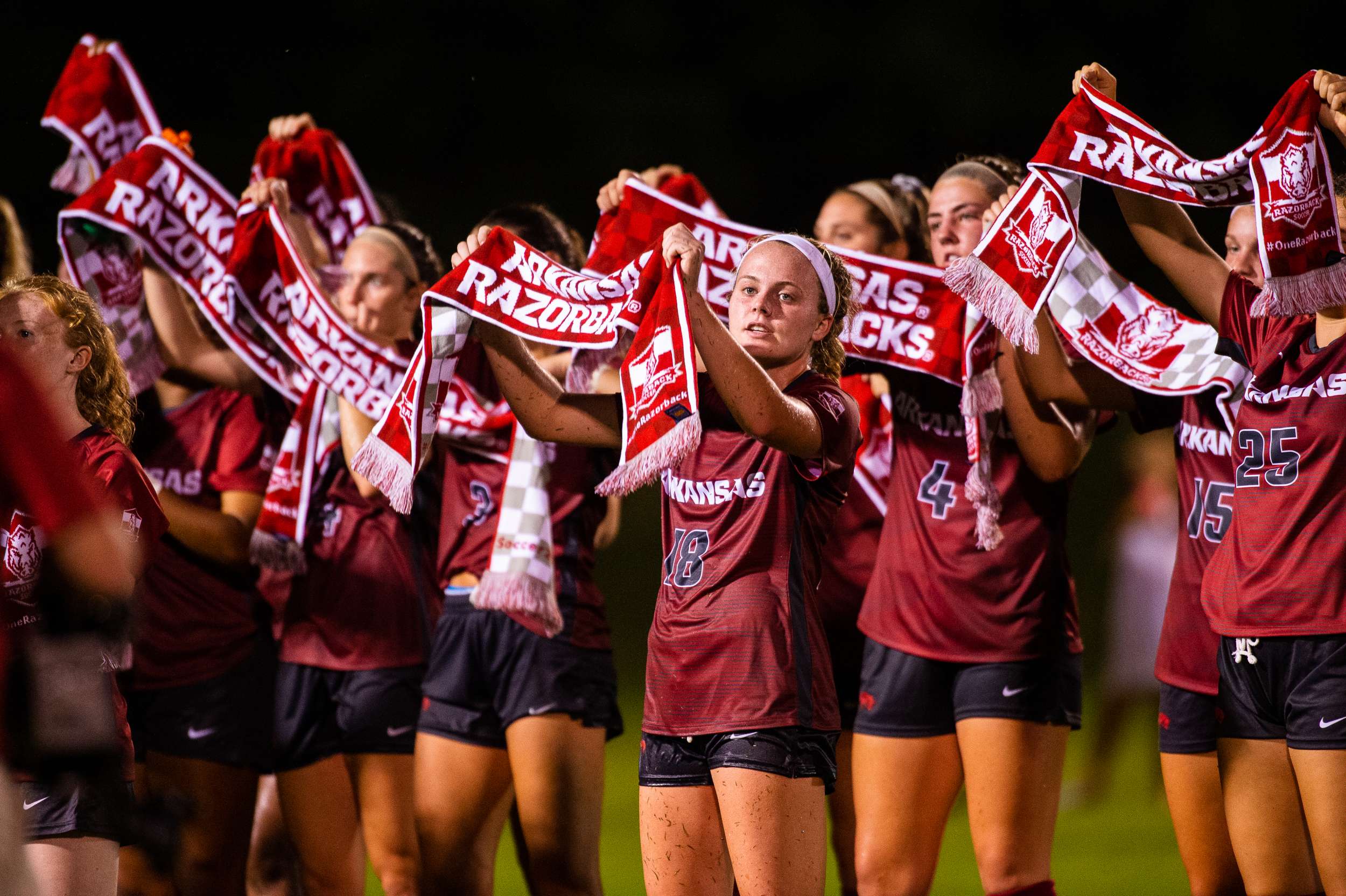 It’s the most goals scored for the Hogs since an 11-0 win over Mississippi Valley State in 2017. In the first five matches of the season, the Razorback defense has allowed just two goals.

>> Anna Podojil made a run down the right sideline, putting in a cross that was deflected by a Cardinals defender. Tori Cannata gathered the loose ball with her back to the goal, laying it off for Doyle to put in the back of the net in the 11th-minute.

>> A couple minutes later, Doyle made a move to her left around the Lamar ‘keeper as she slotted it back post on the open goal.

>> Coming out of the locker room, Parker Goins got on the end of a ball inside the box as she put a strike to the left side of the net in the 48th-minute.

>> A Cardinals defender redirected an Arkansas cross into the back of the net for an own goal just moments later.

>> In the 54th-minute, Nayeli Perez served in a cross that freshman Reagan Swindall was able to redirect with her head as it found the back of the goal.

>> Freshman Jordan Stack scored her first goal as a Razorback as she put a one-timer on target off a cross from Caroline Campbell in the 75th-minute.

>> A Kyler Goins corner kick in the 77th-minute eventually found Madison Louk as she put it away from a yard out.

The Razorbacks will welcome McNeese State to Fayetteville on Sunday, September 8. This will be a rematch from last season when the Hogs made the trip down to Lake Charles, La. in 2018. The Cowgirls earned a 3-2 double overtime win against Arkansas. First kick on Sunday is slated for 1 p.m. CT.