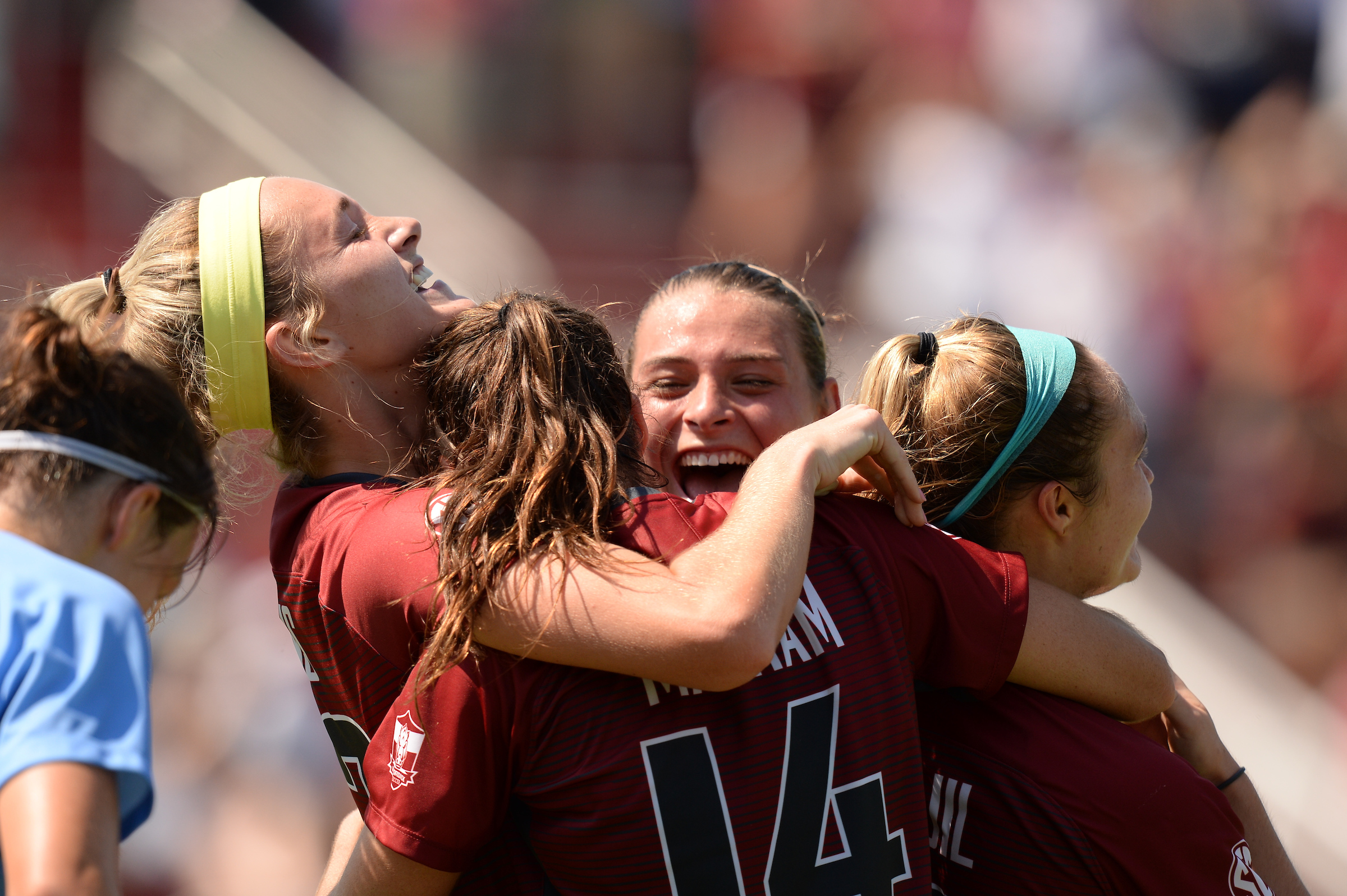 FAYETTEVILLE, Ark. – Arkansas Soccer shutout No. 1/1 North Carolina on Sunday afternoon at Razorback Field, 2-0. The win on Sunday was the first victory over a No. 1 squad in program history and first time for an SEC school to beat the Tar Heels by two or more goals. In 963 matches in UNC history, this was just the 25th game they trailed by two goals.

This week’s wins over No. 22 Baylor and the top-ranked Tar Heels marks the first back-to-back wins over ranked opponents in school history.

Early in the first half, Taylor Malham got a look on goal but wasn’t able to redirect a cross on target as her header went wide left in the 8th-minute. The Arkansas attack continued with Stef Doyle putting a ball over the Tar Heel defense in the 23rd-minute that found Parker Goins, but her shot from just inside the box missed the crossbar.

In the 54th-minute, Tori Cannata made a run down the left flank as she crossed the ball across goal. The Tar Heels were forced to block a pair of shots from Malham and Doyle. Moments later, Parker Goins got on the end of a deep cross with her head but her shot went wide of goal.

The Hogs would add a pair of goals in the final thirty to secure the upset.

>> Malham and Marissa Kinsey connected as Kinsey played a ball that split the Tar Heel defense for Anna Podojil to run on to. The freshman used her right foot to slot it to the opposite corner past the Carolina ‘keeper in the 63rd-minute.

>> Cannata flicked on a pass to P. Goins who used her left foot to strike the ball near post to beat the Tar Heel goalie for a late insurance goal.

The Razorbacks (6-1-1) start up conference play next week when they play host to the Alabama Crimson Tide on Sunday, Sept. 22. First kick is slated for 2:00 p.m. CT.