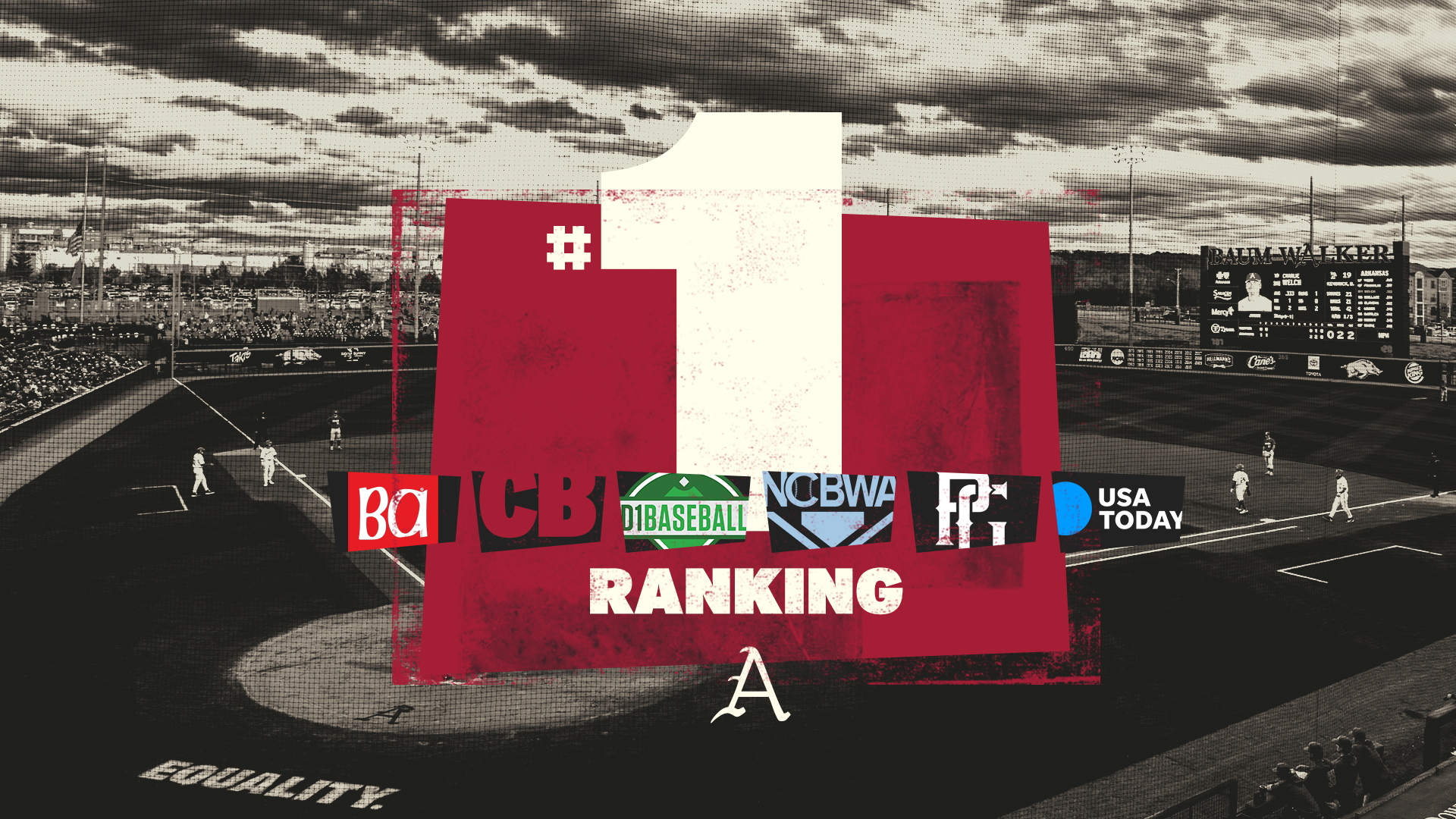 FAYETTEVILLE, Ark. – There’s no change at the top.

Arkansas checked in as the unanimous No. 1 team in college baseball for week 10 of the season, leading all six major polls released Monday. Baseball America, Collegiate Baseball Newspaper, D1Baseball, NCBWA, Perfect Game and USA Today each put the Razorbacks atop their respective rankings for the second consecutive week.

It is the fourth time this season that Arkansas is the undisputed No. 1 squad as well as the eighth consecutive week that the Hogs maintain the top spot in at least one of the six.

Arkansas, 30-6 overall on the year, is in sole possession of first place in the SEC West with an 11-4 mark in conference play. The Hogs, who took two of three against Texas A&M over the weekend, are the only team in the SEC that has not lost a series.