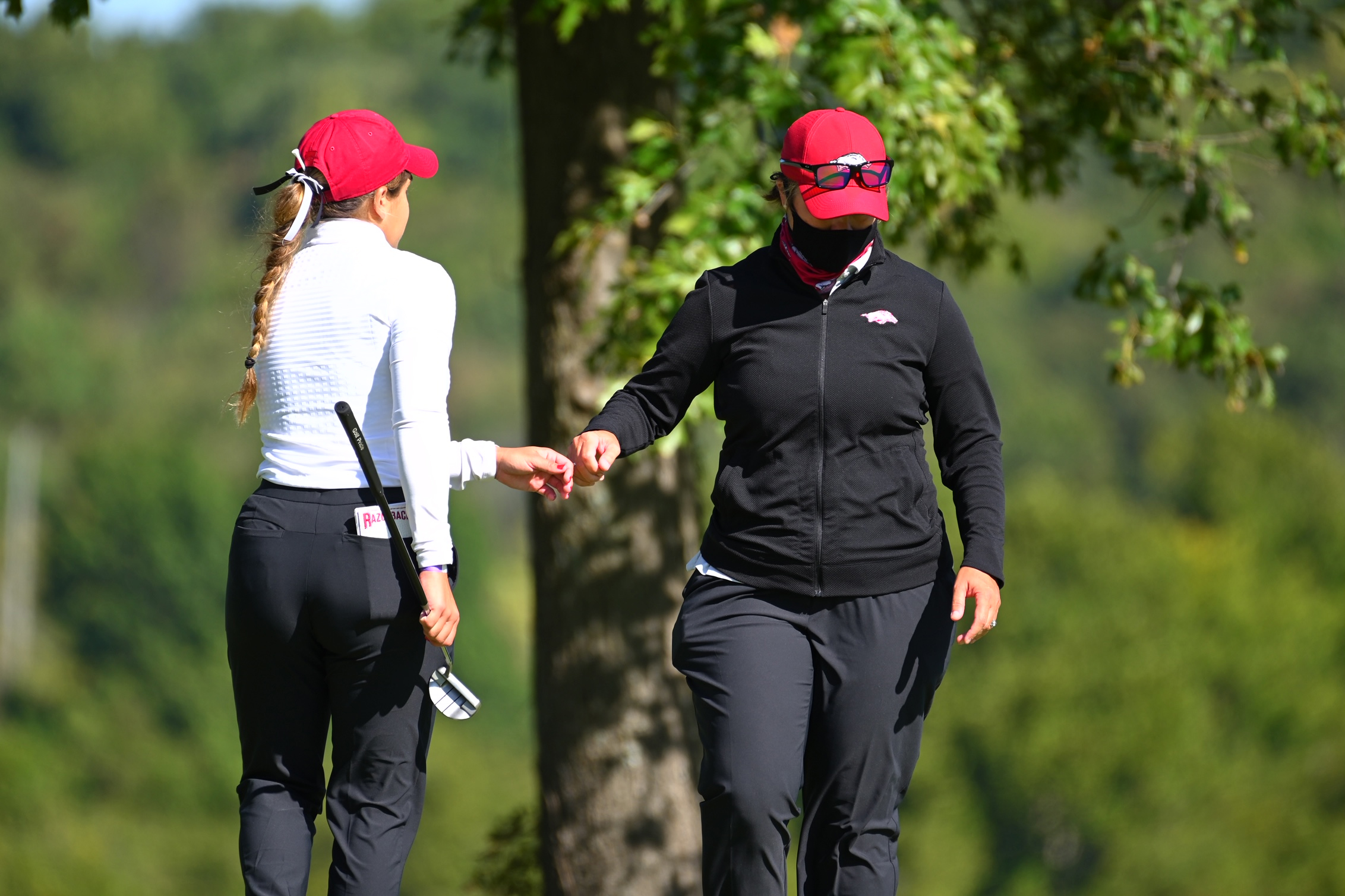 FAYETTEVILLE, Ark. – Arkansas Women’s Golf leads the Blessings Collegiate Invitational by 10 strokes after two rounds. Head Coach Shauna Taylor’s squad was impressive again on their home course, playing a 287 as a team, matching the best single-round score by any team at the event. If the Razorbacks can hang onto their 10-stroke advantage over the final 18 holes, they will win their first regular season event since the Evans-Derby Experience back in the spring of 2018.

Redshirt junior Brooke Matthews somehow played even better in round two, following up her 67 on Monday with a 66 on Tuesday, breaking her own record for best single-round score ever played at the Blessings during a collegiate event. Tied with Ingrid Lindblad of LSU for much of the first two days, Matthews put her foot on the gas over her last six holes played, birdieing three of them while making eagle in extraordinary fashion on 16. When all was said and done in round two, Matthews pushed her lead atop the individual leaderboard out to five strokes.

Sophomore Ela Anacona played a strong second round, firing a one-under 71 to bring her two-day total to 145 (+1). For Anacona, it was her ninth round under par in her young career as a Razorback. Following her strong performance, Anacona is tied for fourth with 18 holes to go.

Third in the finishing order for Arkansas on day two was freshman Cory Lopez, who played a second-round 77. The freshman is in position to nab a top-15 individual finish in her first event as a Hog, as she currently owns a share of 14th place heading into the final day.

Rounding out the Hog lineup were sophomores Julia Gregg and Kajal Mistry. Gregg played a second-round 76, matching her total from round one, while Mistry fired a two-over 74 in the second round, bringing her 36-hole total to 154. Gregg is tied for 28th after two, and Mistry is back in the top-40, sitting alone in 37th.