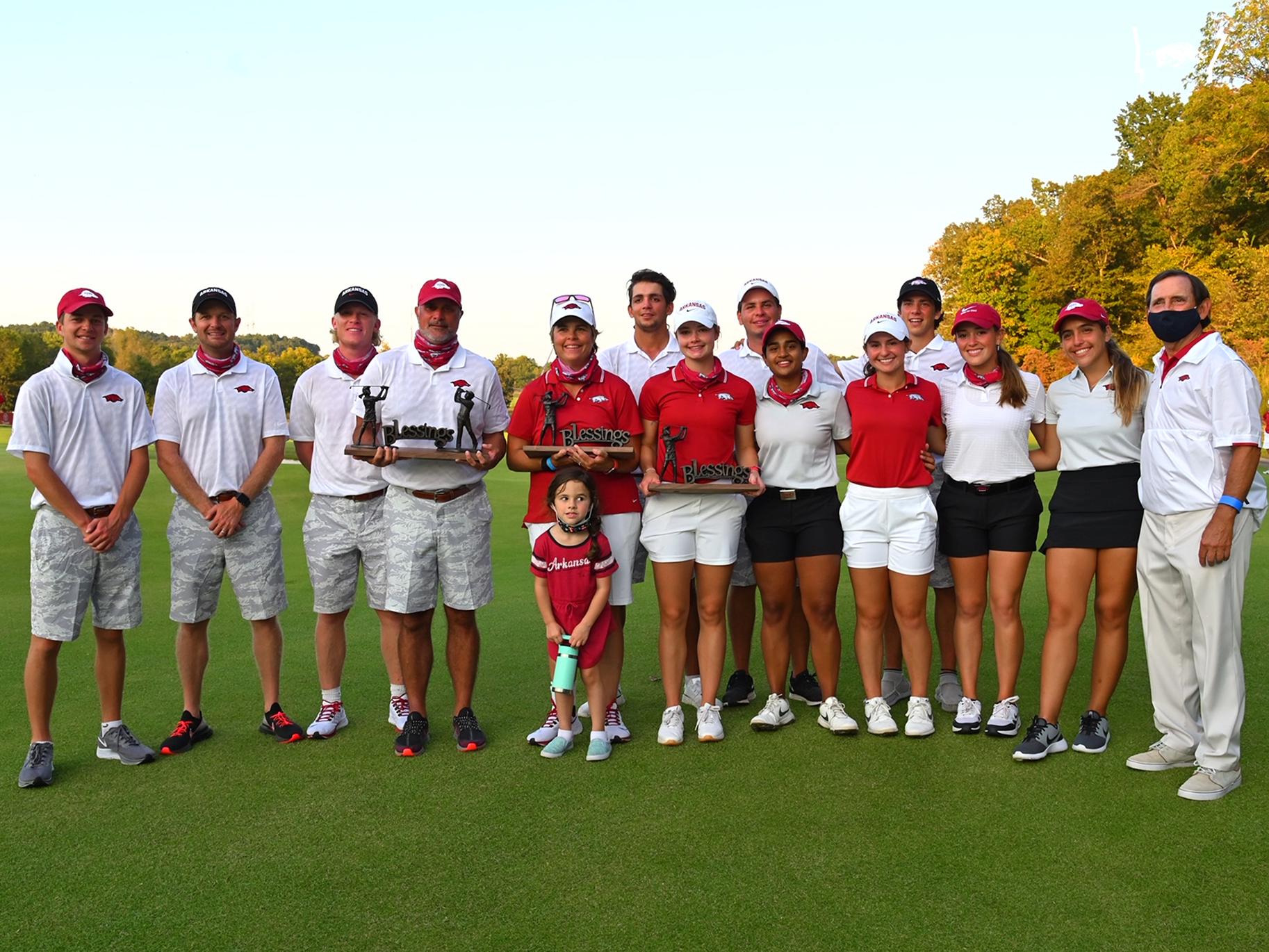 FAYETTEVILLE, Ark. – Arkansas Women’s Golf swept all awards at the first-ever Blessings Collegiate Invitational, winning the team championship, the team combined championship alongside Arkansas Men’s Golf, the individual medal courtesy of Brooke Matthews, and the combined individual medal, courtesy of Matthews and Julián Périco. The win at the BCI is the first regular season win for Head Coach Shauna Taylor’s Hogs since the Evans-Derby Experience back in the spring of 2018.

Matthews put the finishing touches on her masterclass today to clinch the individual title, firing a one-over 73 to give her a three-day total of 206 (-10), five strokes better than Ingrid Lindblad of LSU, who came in second. It was Matthews’ second career win, as she also earned medalist honors at the Liz Murphey Collegiate Classic in April of 2019. Matthews played absolutely lights out on her home course in the first event of the 2020-21 season, notching a career-best 18-hole score (66) and a career-best best 54-hole score (206) at the BCI.

Following Matthews was freshman Cory Lopez, who finished tied for 11th in her first-ever collegiate event. Lopez bounced back on day three, playing a one-over 73 to hold firm inside the top-15. It was a flurry for the freshman down the stretch, as she birdied three of her final four holes on the day three.

Sophomore Julia Gregg saved her best for last, firing an even 72 on day three to vault into the top-20. After firing back-to-back 76s, her final-round 72 was good enough for a share of 18th-place. It was the second top-20 finish of her young career.

The round of the day was carded by sophomore Kajal Mistry, who played a two-under 70 in round three, the only Hog to go under par on day three. Mistry’s back nine was especially good, as she birdied four of her final nine holes.  Mistry joined Gregg in a tie for 18th, marking the fourth top-20 finish for the sophomore in her career.

Sophomore Ela Anacona rounded out the Razorback five, as she played an 80 in round three. Anacona still finished in the top-25, taking a share of 23rd, courtesy of her 54-hole 225. For Anacona, it was the fifth top-25 finish already in her career.