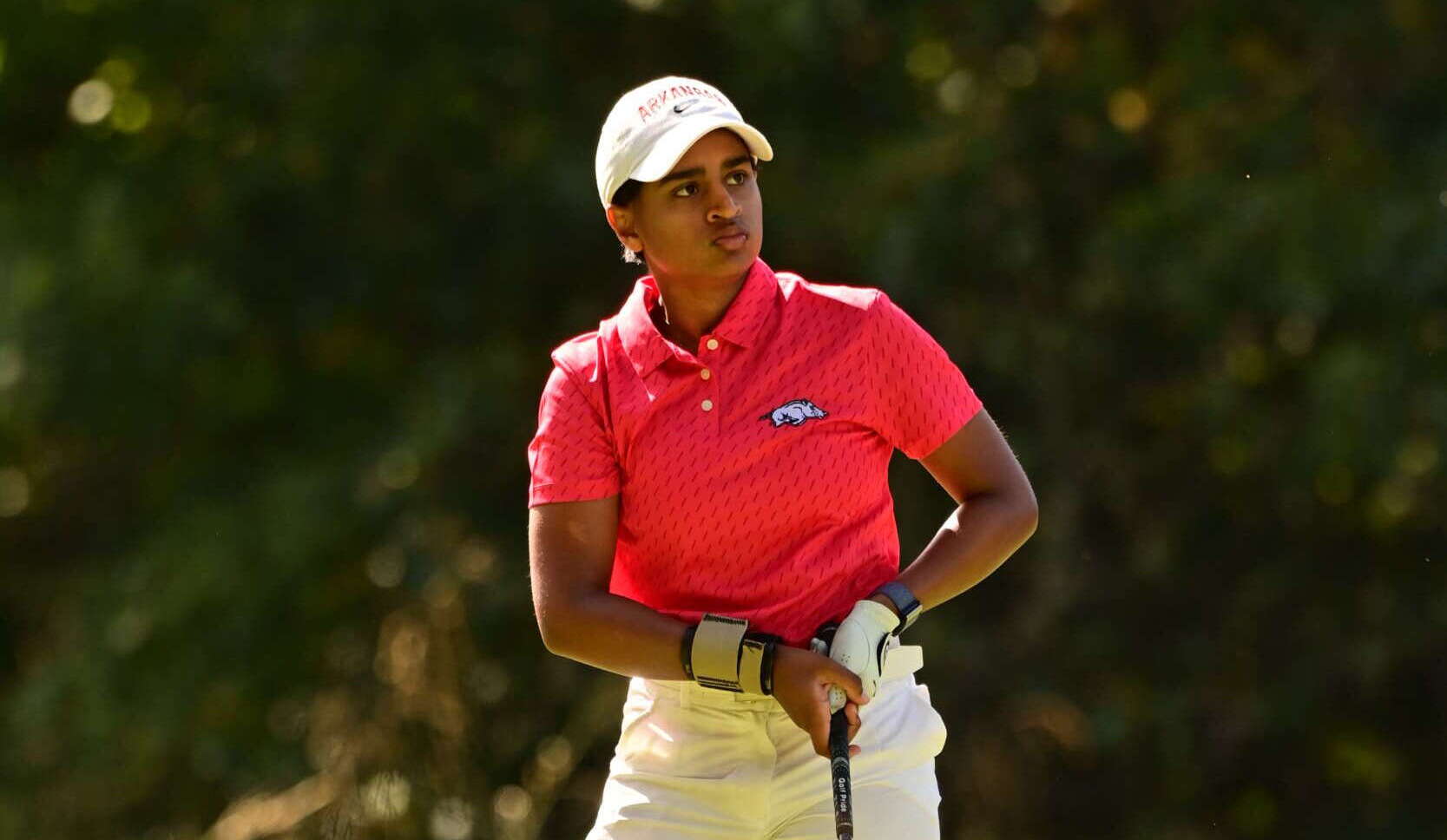 ROLAND, Ark. – Stroke play at the Jackson T. Stephens Cup has concluded, and No. 3 Arkansas Women’s Golf (305-291-295—891) finished tied for third place. LSU (+18) secured the first seed ahead of match play, while South Carolina (+26) jumped the Hogs over the course of the final round, earning the right to face off against the Tigers for the team crown. The Razorbacks are set to take on reigning National Champion Ole Miss in the match play segment of the tournament, which starts tomorrow.

Sophomore Cory Lopez went even again in round three, and finished stroke play tied for fifth place, her second tournament in a row notching a top-five finish. Lopez started her final round at two-over, but came alive on the eighth and ninth hole, eagling the par five eighth while birdieing nine before making the turn. She would also birdie 17 after bogeying 15 and 16 to get back down to even. The Monterrey, Mexico native will square off with McKinley Cunningham.

Juniors Ela Anacona and Kajal Mistry both finished tied for 11th place at the inaugural Stephens Cup. Mistry shot a 75 in the final round, firing four birdies on her 21st birthday. Her 11th place finish was her second top-15 placement of the young season, and the fifth such finish of her career. Anacona, meanwhile, made the most of her season debut, notching just the second top-15 finish of her career so far. The junior finished the final round with a two-over 74, but doubled 18 after firing an even round through 17 holes. Mistry will take on Natacha Husted in match play, while Anacona will face off against Andrea Lignell.

Fellow junior Julia Gregg followed just behind them, finishing the event tied for 14th. After a first round 78, Gregg posted back-to-back rounds of 74. She collected four birdies on the day, the second most on the team in the final round of play. Gregg is slated to play against Julia Johnson in tomorrow’s match play segment.

Rounding out the five for the Hogs was sophomore Miriam Ayora, who finished tied for 18th. After finishing the second round with a 71, the only round played under par by a Hog all tournament, Ayora finished round three with a 75. With her 18th place finish, her second straight in the top-20, Head Coach Shauna Taylor’s Hogs have now placed all five competing golfers into the top-20 in two straight events. Ayora will be matched up with Chiara Tamburlini tomorrow.

Freshman Ffion Tynan was also a top-20 player at the event, leading all individuals. Her final round 72 propelled her up the leaderboard after going 77-78 in rounds one and two, as she finished tied for 18th place.