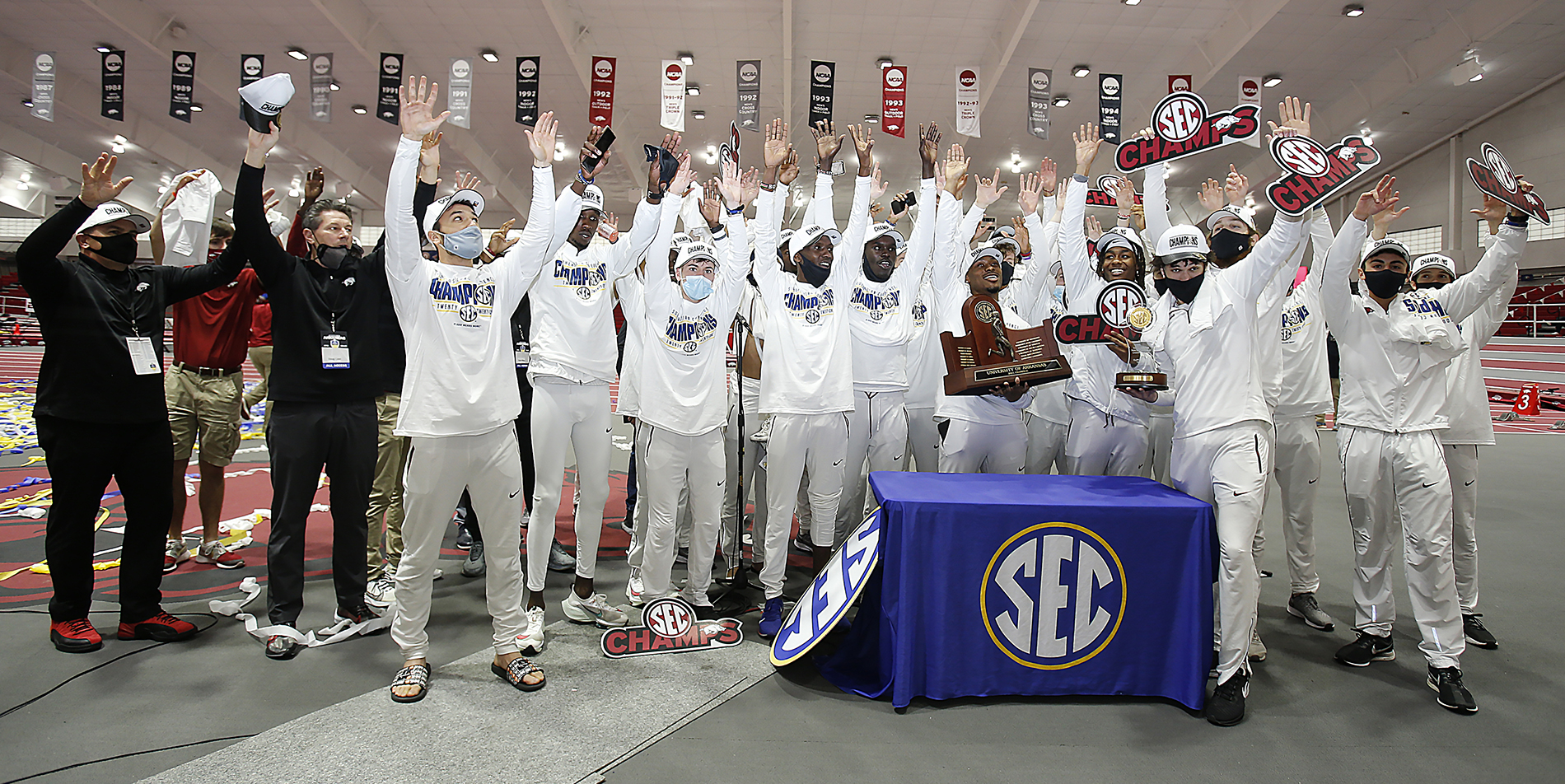 FAYETTEVILLE, Ark. – Claiming it’s 24th SEC Indoor championship among the 30 contested since Arkansas joined the league, the Razorbacks achieved the title with a very rare feat.

Arkansas displayed the importance of its depth in securing the team title without an individual or relay title among the 17 events contested indoors. It’s the first time in the history of the SEC Indoor, dating back to 1957, for a team to accomplish a championship in such a manner.

“I’m just so proud of this team and the coaches,” stated Arkansas men’s coach Chris Bucknam. “They did a phenomenal job. From way back in August to now it’s been really tough doing all the things we had to do. But they got into a flow, listened to their coaches, and we just had a great meet. It’s a great victory for our program.”

Arkansas totaled 116 points for the victory, scoring in every event except three – 200m, high jump and shot put.

“It shows our depth, but also shows how tough this conference is and the great athletes across the board,” noted Bucknam of winning a team title without an individual or relay title. “It’s hard to compete in this league and on top of that to win.

“We put the lineup together to score points. We might not have hit any homeruns, but we hit a lot of doubles and triples and singles. Our on base percentage was pretty good at the end of the day because we ended up winning the meet.”

“We scored big points from the heptathlon to the 5,000,” said Bucknam. “We had great races in between that, whether it was the hurdles or the 60 dash, mile and 3k. Our jumpers did a phenomenal job. Overall, it was a team victory across the board. Now it’s on to nationals.”

Sprint and hurdle events added 21 points. In the 60 hurdles, Tre’Bien Gilbert and Phillip Lemonious finished third and fourth behind a pair of LSU hurdlers. Gilbert set a career best of 7.70, improving his No. 5 position on the UA all-time list, while Lemonious ran 7.17.

Five more points were added to the tally when Kieran Taylor placed fourth in the 800 with a 1:50.44.