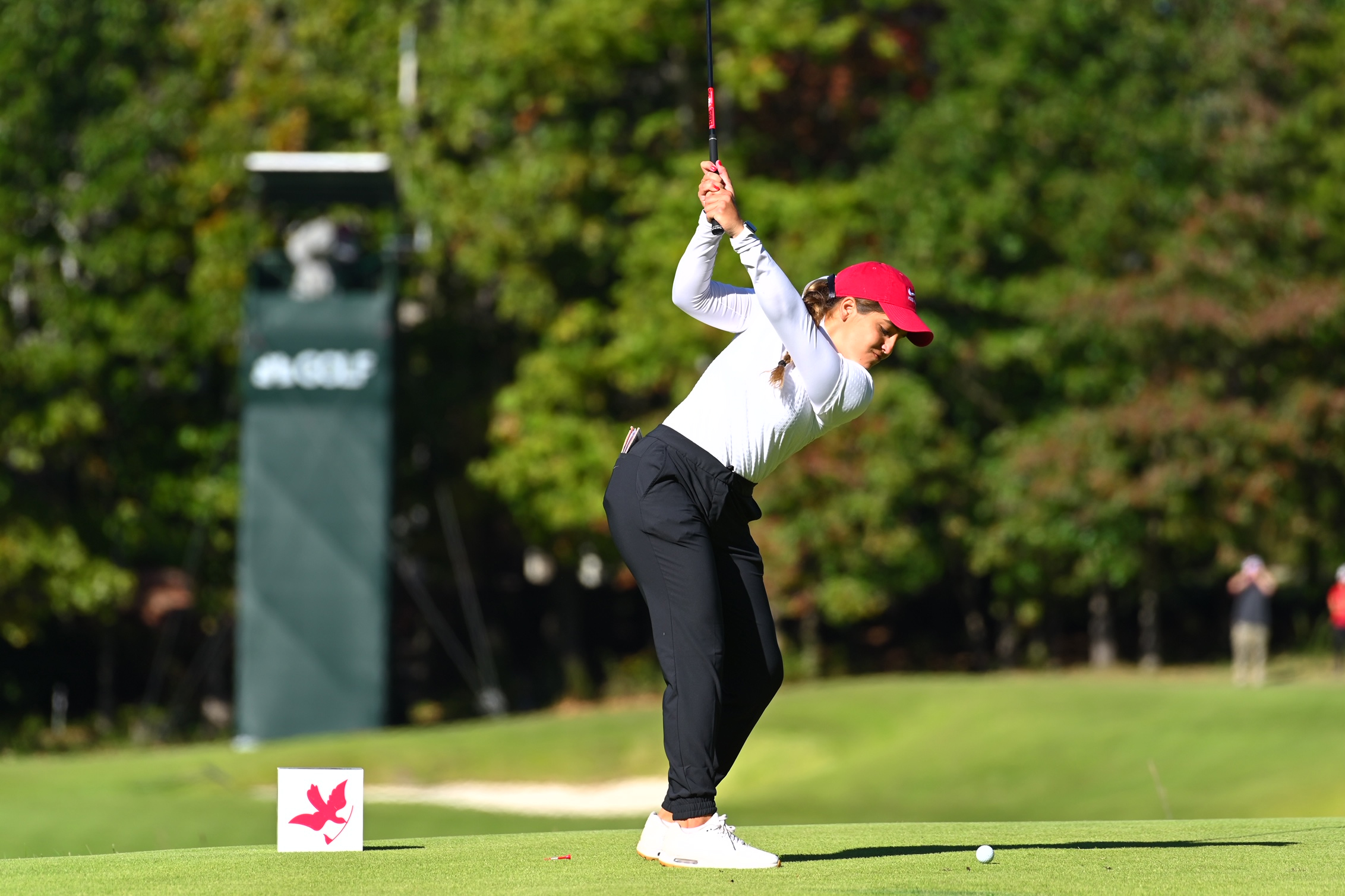 Arkansas Tied for Eighth Following Round One

WEST POINT, Miss. – Arkansas Women’s Golf is tied for eighth following day one at The Ally at Old Waverly, as Head Coach Shauna Taylor’s Hogs sit at six-over after 18 holes. Florida leads after round one, as the Gators are eight-under so far. LSU sophomore Ingrid Lindblad, who was the runner-up at the Blessings Collegiate Invitational behind Brooke Matthews, leads all players, shooting five-under in round one.

The aforementioned Matthews continues to play good golf for Taylor, as she again led the Razorbacks during day one at The Ally, firing a 71, good for a share of 10th place. Her 71 was already her fourth round played under par during the 2020-21 season. The redshirt junior fired three birdies to offset two bogies during the round.

Sophomore Ela Anacona joined Matthews in the top 10, carding a 71, matching her best round of the young season so far. Anacona fired four birdies on the day, including three over her first five holes played to get rolling at The Ally.

In the third slot for the Hogs was freshman Cory Lopez, who carded a three-over 75 over the first 18 holes at The Ally. Lopez was one-over heading into the final hole of the day, but double-bogied 18 to push her to three-over on the day. The freshman was consistent otherwise, though, firing three birdies to four bogies on the day.

Sophomores Kajal Mistry and Julia Gregg finished fourth and fifth for the Hogs, respectively. Mistry, who fired a 77 on day one, is tied for 54th following round one, while Gregg, who played a 79, is tied for 61st.