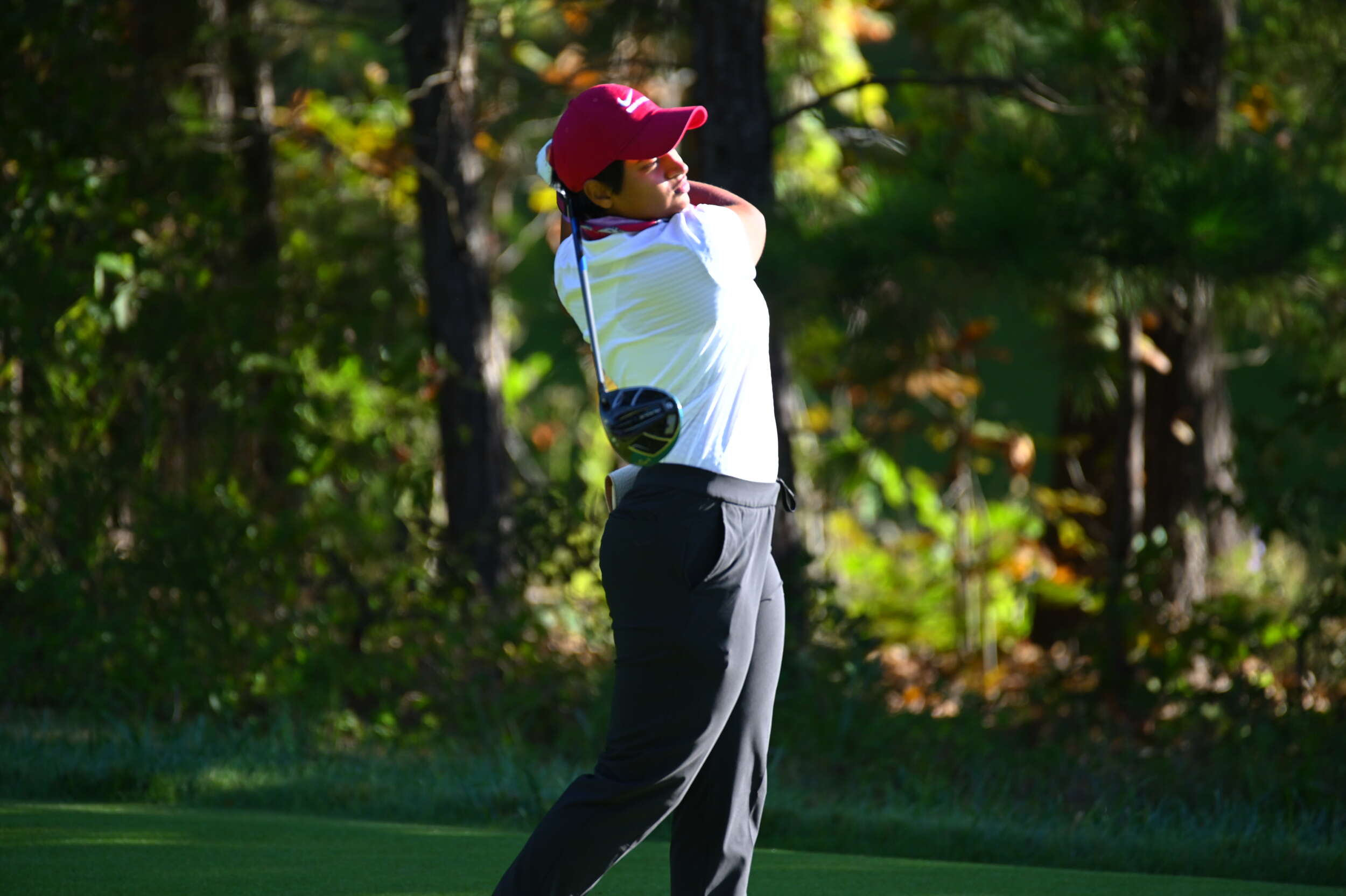 Arkansas Tied for Seventh After Round One

ATHENS, Ga. – Arkansas Women’s Golf is through 18 holes at the Liz Murphey Fall Collegiate Classic, and Head Coach Shauna Taylor’s Hogs are tied for seventh. The Razorbacks fired a 296 (+8) as a team, while host Georgia carded a 288 (E) to lead the event by four strokes. Vanderbilt, Tennessee, LSU and Mississippi State are all in a four-way tie for second (+4), while Auburn is alone in sixth (+5).

Two Razorbacks are tied for 12th, leading the Razorbacks in round one, as the sophomore duo of Ela Anacona and Kajal Mistry both shot first-round 73s. For Anacona, she finished strong, birdieing two of her last four holes, including 17, to get to one-over. Mistry, meanwhile, was excellent on the back nine, birdieing 10, 11 and 18 to match Anacona’s team-best 73 on day one.

Redshirt junior Brooke Matthews looked poised to join Anacona and Mistry at one-over, but she fired a double-bogey on the par five 18th, putting her at three-over on the day. Outside of the final hole, Matthews fired two bogeys and one birdie, which came on seven. Matthews’ 75 was her highest carded round this season, and only her second round over par so far in 2020-21.

Freshman Cory Lopez and junior Ximena Gonzalez are also tied for 28th place, as they both shot three-over on the day as well. Lopez birdied once, on seven, while bogeying four times during the round. Gonzalez bogeyed four times as well, but fired a clutch birdie on 18 to get herself down to three-over. It was Gonzalez’s best round since her final-round 74 last season at the IJGA Collegiate Invitational.