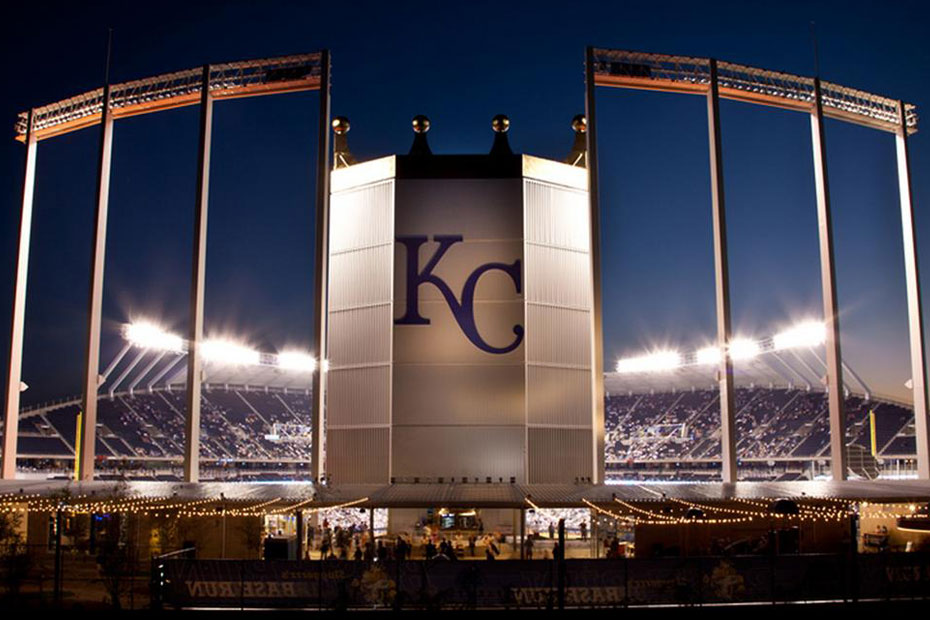 Hogs To Battle Kansas State In Classic At The K

KANSAS CITY, Mo. – The 14th-ranked Arkansas baseball team will look to get back on track Tuesday after suffering its second conference series loss of the season when it plays its final midweek game of the 2017 season against Big 12-foe Kansas State. The Hogs and Wildcats will be taking part in the National College Baseball Hall of Fame’s “Classic at the K” game played at Kauffman Stadium, the home of the Kansas City Royals.

Redshirt freshman Kevin Kopps will be taking the mound for the Razorbacks, making his third start of the year. Kopps started twice during the first two weekend series of the year against Miami (Ohio) and Bryant, picking up a victory against the RedHawks.

Since then, Kopps has been one of Arkansas’ most effective relievers, garnering a 3.99 ERA in 13 appearances with 25 strikeouts over 29.1 innings. In his last three outings, the Texas native has only allowed two earned runs and had a scoreless five-plus inning outing against Georgia, the longest outing of his career.

Follow Live
Tuesday’s game will be televised regionally on CST. There will be no internet stream of the game, but the game can be seen locally on Cox Sports Television throughout the Arkansas area. The game can also be heard on the radio via the Razorback Sports Network with Phil Elson calling the action.

Big League Clash In Big League Park
The 14th-ranked Razorbacks will play its final midweek game of the 2017 season when they travel to Kansas City to face Kansas State in the National College Baseball Hall of Fame’s Classic at the K at Kauffman Stadium. This will be the second straight season that the Hogs will be playing at least one game in a major league ballpark. Last year, the Hogs went 3-0 in the Houston College Classic at Minute Maid Ballpark. This will also be the first meeting between the two programs since 2013 in the NCAA Manhattan Regional Final. Kansas State won that game, 4-3. However, Arkansas has won three of the last five meetings with Kansas State.

Another Four-Hit Game For Spanberger
Chad Spanberger’s hot bat continued over the weekend at Auburn. Even though he had his 12-game hitting streak snapped in the first game of the series, the junior responded with a hit in game two and a four-hit game in game three. All four hits were singles and it was his second four-hit game of the season. He’s the first Razorback to have multiple four-hit games in the same season since Brian Anderson in 2013. Since conference play started, Spanberger is hitting .362 with seven home runs and 38 RBIs. Both of his four-hit games came in SEC play with the first against Alabama (April 2).

Reindl Moving Up The Ladder
Sophomore Jake Reindl has been one of Arkansas’ strongest arms out of the bullpen as of late and it may mean a more expanded role in the weeks to come. In 12 of his 13 appearances this year, Reindl hasn’t given up more than two earned runs and has eight scoreless outings, seven consisting of two or more innings. In three of his last six appearances, the sophomore has totaled five strikeouts, all against SEC opponents (Alabama, LSU, Auburn). Reindl was particularly effective against Auburn in Saturday’s win, throwing three good innings with only one walk and two hits.

Rankings Check
Arkansas held steady in the national rankings this week even with a series loss to now top-five Auburn. The Hogs are as high as No. 10 in the Collegiate Baseball Magazine poll and No. 14 in both the Perfect Game and USA Today/Coaches’ Poll. In the important Ratings Percentage Index (RPI), the Razorbacks moved up to No. 12 in the nation, the third-highest SEC team.