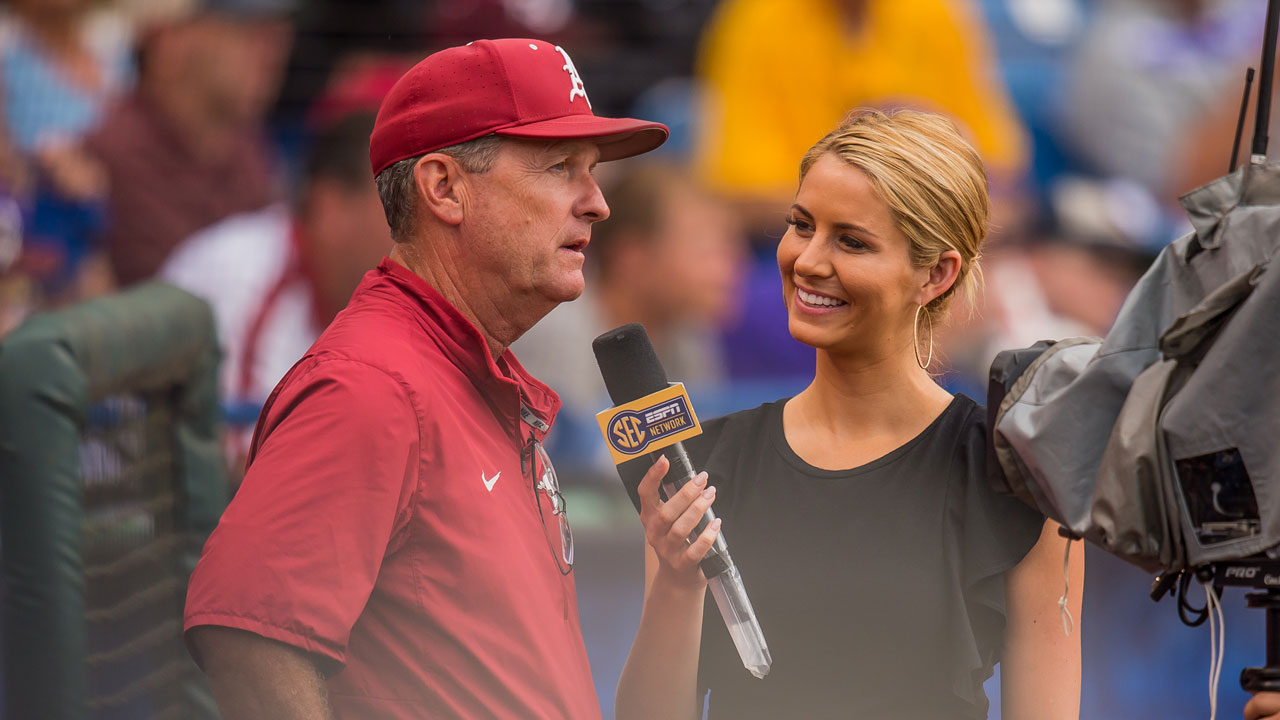 Arkansas To Have 11 Games Televised Nationally

Now in its fifth full year of covering the Southeastern Conference, the SEC Network will feature the Razorbacks for three of its 11 television games with ESPNU picking up five games. The Longhorn Network will broadcast both of Arkansas’ midweek contests at Texas and ESPN2 will pick up the series finale with LSU live from Baum Stadium. There will be a potential for more nationally televised games as the season progresses.

With 75 games on the network throughout the spring, SEC Thursday Night Baseball will be in full swing on ESPNU and SEC Network, featuring a preseason Top 25 team in all but two weeks of the regular season.

In addition, SEC Network will continue its tradition of airing a Bases Loaded whip-around special set for the final Friday of the season and will join forces with ESPNU to televise the final weekend of SEC action, May 16-18. The schedule finishes the year with the SEC Network airing the entirety of the SEC Baseball Tournament, with the championship game on ESPN2.

The first chance fans will have to watch the Razorbacks on network television will be on March 19-20 on The Longhorn Network, when they face former Southwest Conference rival Texas at in Austin, Texas. Both games of that series are slated to start at 6:30 p.m.

The SEC will continue its Thursday Night Baseball tradition throughout the season on ESPNU and the SEC Network, featuring a top-tier conference matchup nearly every week of the regular season.

Arkansas will have three Thursday night matchups coming against Auburn (April 4), Mississippi State (April 18) and LSU (May 9). Both the Auburn and LSU games will begin at 6:30 p.m., while the Mississippi State game will have a first pitch set at 8 p.m.

Six more games will complete the television schedule for the Razorbacks including Ole Miss (March 29-30), at Vanderbilt (April 12-13), Tennessee (April 28) and LSU (May 11).

In addition to the nationally televised games, all remaining home games at Baum Stadium will be broadcast on SEC Network+ via the Watch ESPN app and WatchESPN.com.