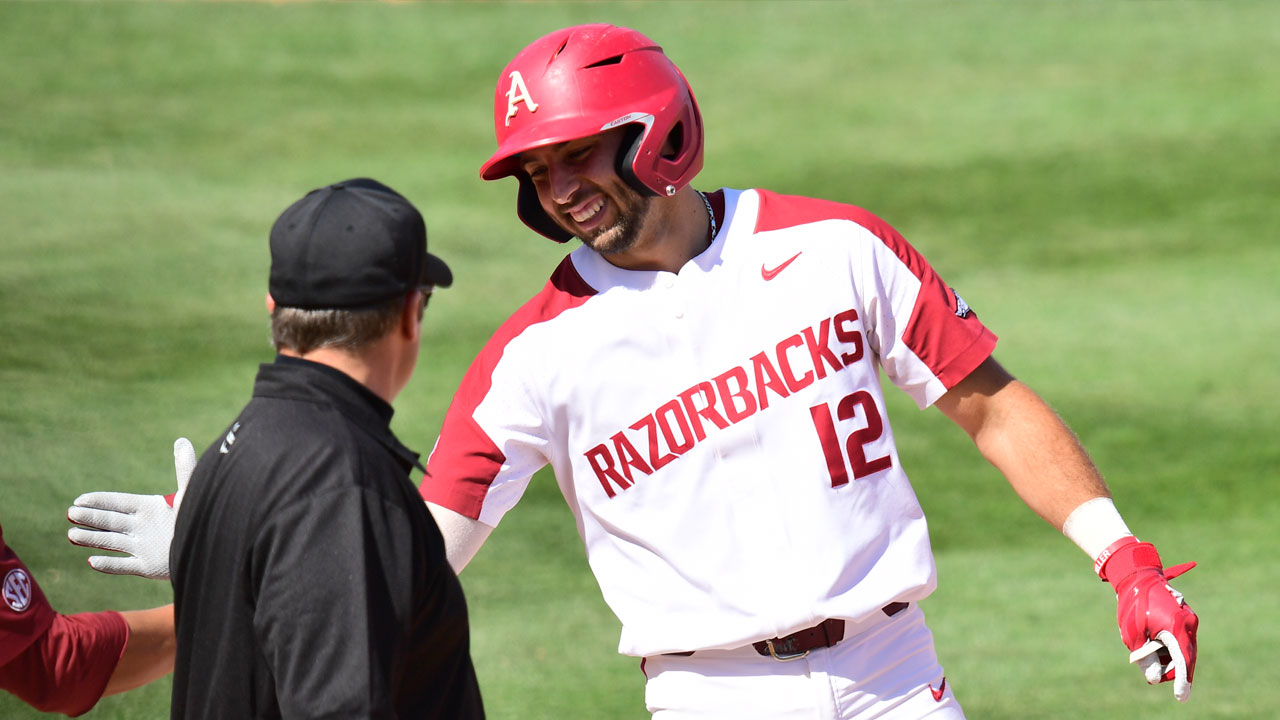 Arkansas To Play Oklahoma And Oklahoma State In Fall Exhibitions

FAYETTEVILLE, Ark. – Head coach Dave Van Horn announced a pair of fall exhibition games for the Arkansas baseball program Monday. The Razorbacks will take on Oklahoma on Friday, Sept. 20 in Baum-Walker Stadium. The team will also hit the road for its other game when it goes to Stillwater, Oklahoma to face Oklahoma State on Saturday, Oct. 12.

Both games will not count toward the team’s 56-game regular-season schedule due to the rule changes announced by the NCAA in 2018.

The game at Baum-Walker Stadium with the Sooners will be free admission and last 14 innings. Seating throughout the stadium will be first-come, first-serve and parking will be free. The Hog Pen will also be open for seating.

Arkansas’ game in Stillwater with Oklahoma State will also be free admission and be held inside Allie P. Reynolds Stadium. It will also last 14 innings.

A member of the Big 12 conference, Oklahoma has faced Arkansas on 25 previous occasions, but not since 2012 in a midweek contest. Arkansas is 14-11 all time against the Sooners and have faced them three of the last six times in the NCAA Tournament. OU is coached by Skip Johnson, who will begin his third season with the Sooners in 2020.

As for Oklahoma State, the Razorbacks and Cowboys have been frequent opponents over the last few years, splitting four games over the last five years, dating back to the 2015 NCAA Regional in Stillwater, Oklahoma. Oklahoma State is coached by Josh Holliday, who is entering his eighth season as head coach.

All fall practices through the month of September and October at Baum-Walker Stadium are open to the public. The dates for the annual Fall World Series will be announced at a later time.