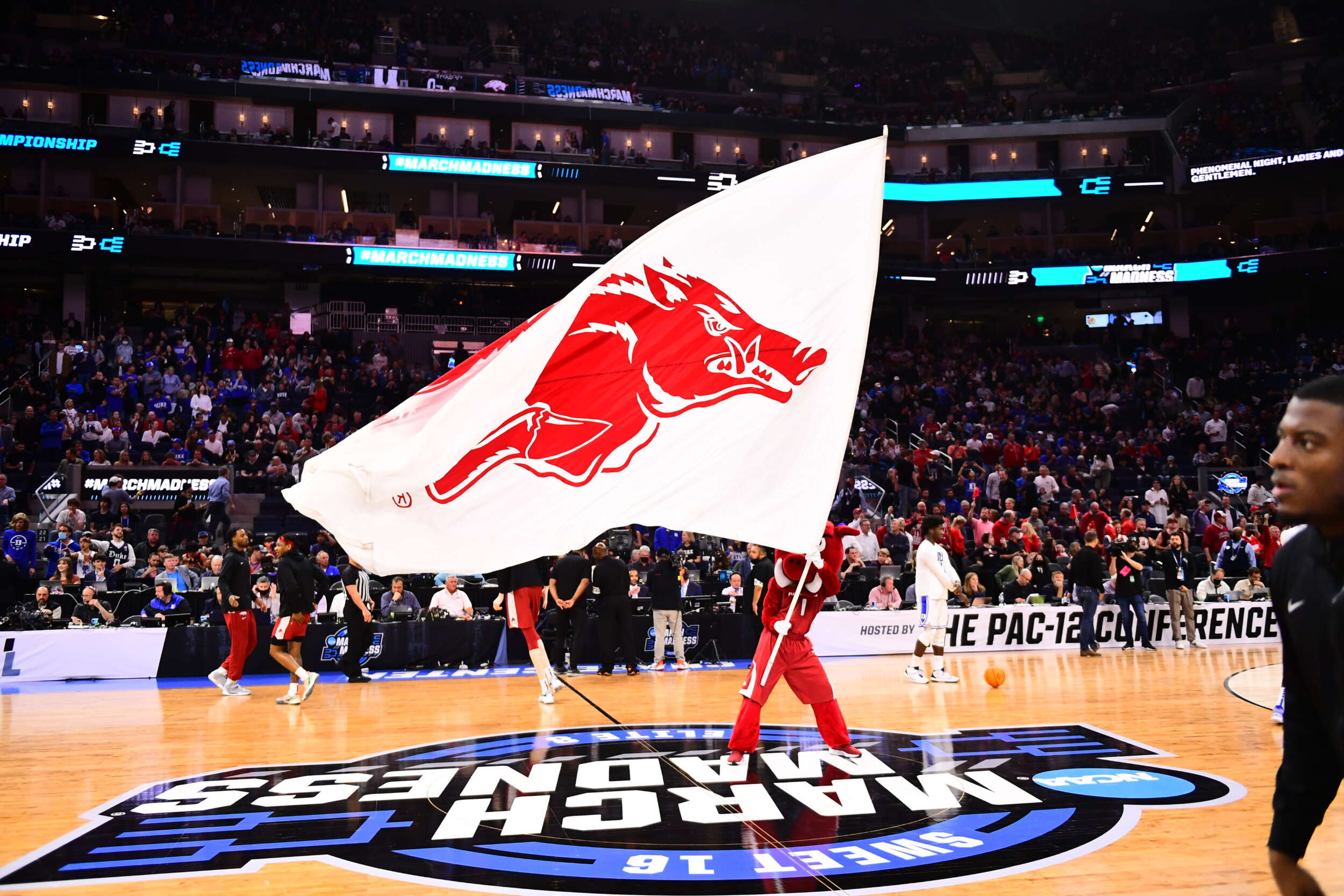 Arkansas was the top performing athletics program in the SEC and one of three conference programs in the top 10 of the rankings. The Razorbacks finished with 459.5 points, including 132.5 for football, 146 for men’s basketball, 25 for women’s basketball, 83 for baseball and 73 for women’s soccer.

Coach Sam Pittman and the Razorback football team turned in one of the best gridiron seasons in recent history in 2021. Arkansas capped a remarkable 9-4 season with a 24-10 win over Penn State in the Outback Bowl. The Razorbacks earned a final national ranking of No. 20 in the USA Today / AFCA Coaches poll.

Coach Eric Musselman and the Razorback men’s basketball team made a deep run into the NCAA Tournament for the second consecutive year. The Razorbacks won three games in the draw, including a win over No.1 Gonzaga in the Sweet Sixteen to advance to the Elite Eight and the West Regional Final. It marked the first time Arkansas has advanced to the Elite Eight in back-to-back seasons since the 1993-94 and 1994-95 campaigns.

Arkansas made a return trip to the NCAA Women’s Basketball Tournament, after qualifying for the Big Dance in 2020-21 as well. If not for a pandemic shortened 2019-20 campaign, the Razorbacks would have earned three-straight NCAA appearances.

Arkansas culminated its 2021-22 season with its 11th appearance at the College World Series. The Razorbacks took to the road to win an NCAA Regional in Stillwater, Oklahoma and a NCAA Super Regional in Chapel Hill, North Carolina to earn a berth to the national championship in Omaha, Nebraska. Arkansas finished third at the CWS, falling just one game short of the championship series. The Hogs advanced to the College World Series for the third time in the past four full seasons

Arkansas won its third straight SEC regular season crown, before advancing to the Elite Eight round of the NCAA Women’s Soccer Tournament for the first time in program history. The program record postseason run came up just short of the program’s first berth in the NCAA Final Four, when the Razorbacks fell to Rutgers in a penalty kick shootout in the Elite Eight match.