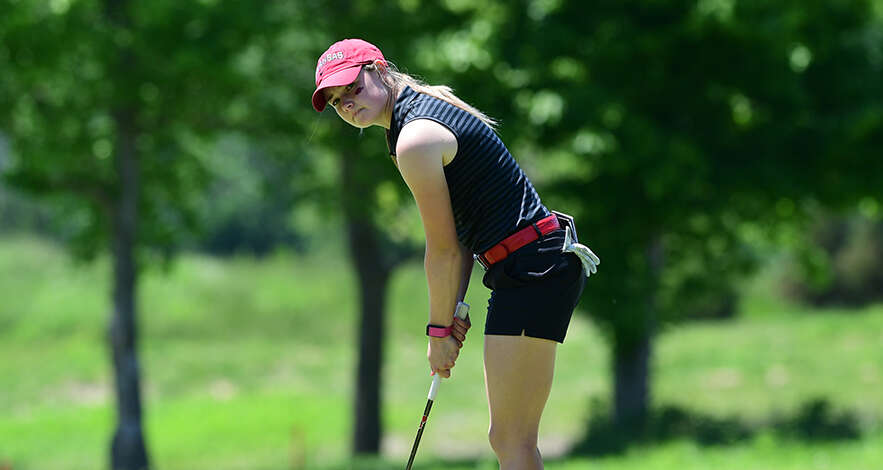 FAYETTEVILLE, Ark. – Arkansas Women’s Golf Head Coach Shauna Taylor announced the 2019-2020 schedule, July 22. The finalized schedule features many of the same events the Hogs have become familiar with, but also contains several different events that the Razorbacks didn’t take part in last season. Coach Taylor hopes this combination of familiar and new will help prepare her squad for the 2020 postseason.

“I’m really looking forward to the 2019-2020 season and playing the schedule that we have put together,” Taylor said.   “We need to ensure that we are prepared for each event while also making sure we will see similar courses to those we will experience during the postseason.  We have four new events on tap this season, and they provide us great competition each week.  I thought it was important to get the team out west to Arizona for an event with the NCAA Championship being in Arizona for the next three years.  We have a young team that will be battle-tested each week, but this schedule will prepare them for April and May.  August is right around the corner and we are working diligently to create a recipe for success for this great group of young women.”

Arkansas will take part in eight total regular season events, four in the fall and four in the spring, before heading to the SEC Women’s Golf Championship in mid-April. The program will not be hosting any events this season, a year after hosting the NCAA Championship out at the Blessings.

The fall opens in early September with trips to the Cougar Classic (Sept. 8-10) and the ANNIKA Intercollegiate (Sept. 16-18) presented by 3M. Arkansas is making its fifth appearance at the Cougar Classic, where it took third last season, and has won twice. The Hogs will also be returning to the ANNIKA Intercollegiate after taking sixth last season. However, two-time ANNIKA Award winner Maria Fassi won’t be at the event this time around.

Arkansas will follow the ANNIKA with its ninth consecutive and 12th overall appearance at the Ruth’s Chris Tar Heel Invitational (Oct. 11-13) in the first of two events in October. Taylor’s squad played well at the Tar Heel Invitational a season ago, placing third overall while three golfers placed in the top-15 of the event. The Razorbacks wrap up their fall with a trip to paradise, traveling to the Bahamas to take part in the White Sands Invitational (Oct. 28-30).

The spring portion of the schedule will be relatively new, as the Razorbacks only return to one event that they played in last season.

The start of the second half of the season, like the end of the first half, will take place outside of the continental United States, as the Hogs will head to Guadalajara, Mexico, where they will take part in the Guadalajara International Invitational (Feb. 16-18). The program has many ties to the country, including current Hog Ximena Gonzalez, who hails from Mexico. Two of Arkansas’ most popular and successful players ever, Fassi and Gaby Lopez, are also from Mexico.

The Razorbacks will follow their trip to Mexico with a venture to a familiar course, as they will once again take part in the Darius Rucker Intercollegiate (March 6-8). Taylor’s squad took seventh at the event a season ago.

Because the 2020 NCAA Championship will take place in Scottsdale, Arizona, Taylor has the Hogs headed to Tucson, Arizona in the spring, to take part in the MountainView Collegiate (March 20-22), co-hosted by Missouri and Kansas State. To get her squad ready for a run in the postseason, Coach Taylor has the Hogs playing in the Arizona-based tournament for the first time since 2011.

Arkansas will finish up its regular season in early April, as they will head to The Grove Cup (April 6-8) in Oxford, Mississippi. Similarly to the MontainView, this move is one that is forward-looking, as the next week is the start of the SEC Women’s Golf Championships (April 14-19), which will be played in Birmingham, Alabama.