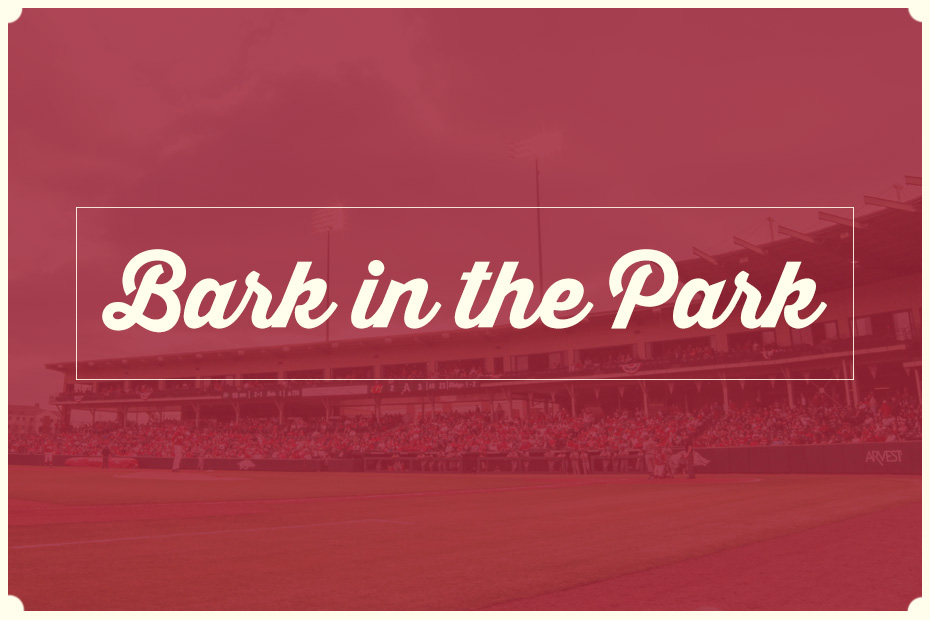 “Bark In The Park” Coming To Baum Stadium

FAYETTEVILLE, Ark. – Bark in the Park 2016 presented by Purina is set for the “Dog Pen” at Baum Stadium on Tuesday, March 15, when the Arkansas Razorback baseball team hosts Grambling State at 6:35 p.m.

Tickets for the “Dog Pen” area are $8. Gates will open at 4:30 p.m. Bark in the Park provides fans an opportunity to bring their “best friends,” dogs, to the game as the Hog Pen beyond the left-field fence will be transformed into the “Dog Pen” for the third consecutive year. Purina will give away dog treats and collapsible water bowls to all dogs in attendance. There will also be a costume contest where the dog with the most Razorback pride will win a Razorback Athletics prize pack.

To be a part of this memorable night at Baum Stadium, owners must fill out a waiver at the entrance to the Hog Pen on Tuesday evening. No dogs will be admitted to the “Dog Pen” without a completed application.

Only one dog is allowed per ticket holder and must be supervised at all times. All dogs MUST be on a leash at all times. Any participating dog must be at least six months old and have complete and current vaccinations. Dogs will not be allowed into the main seating section of Baum Stadium.

Join us if your dog…

-Is up to date on all required vaccinations

-Is friendly toward humans and not excessively fearful

-Is a Razorback fan!