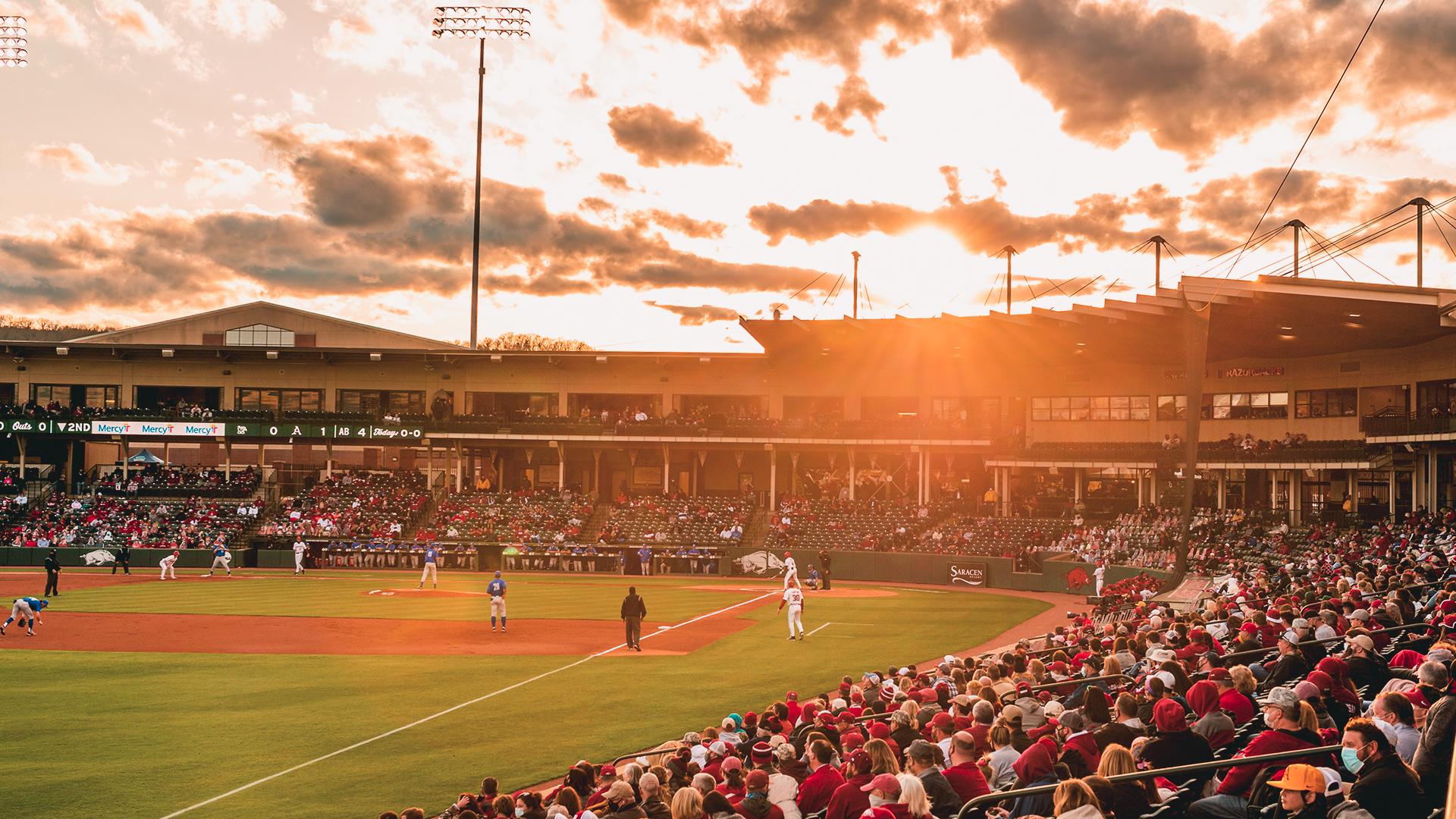 FAYETTEVILLE, Ark. – Baum-Walker Stadium has been tabbed as one of 16 host sites for NCAA Regionals, the NCAA Division I Baseball Committee announced on Saturday. Regionals are slated to be contested from Friday, June 4 through Monday, June 7.

Arkansas has hosted regionals in each of the past four postseasons and nine times overall. If the Razorbacks claim a regional championship, NCAA Super Regionals will be played at Baum-Walker Stadium for the fifth time in its history.

The full tournament bracket will be released at 11 a.m. CT on Monday, May 31 on ESPN2.