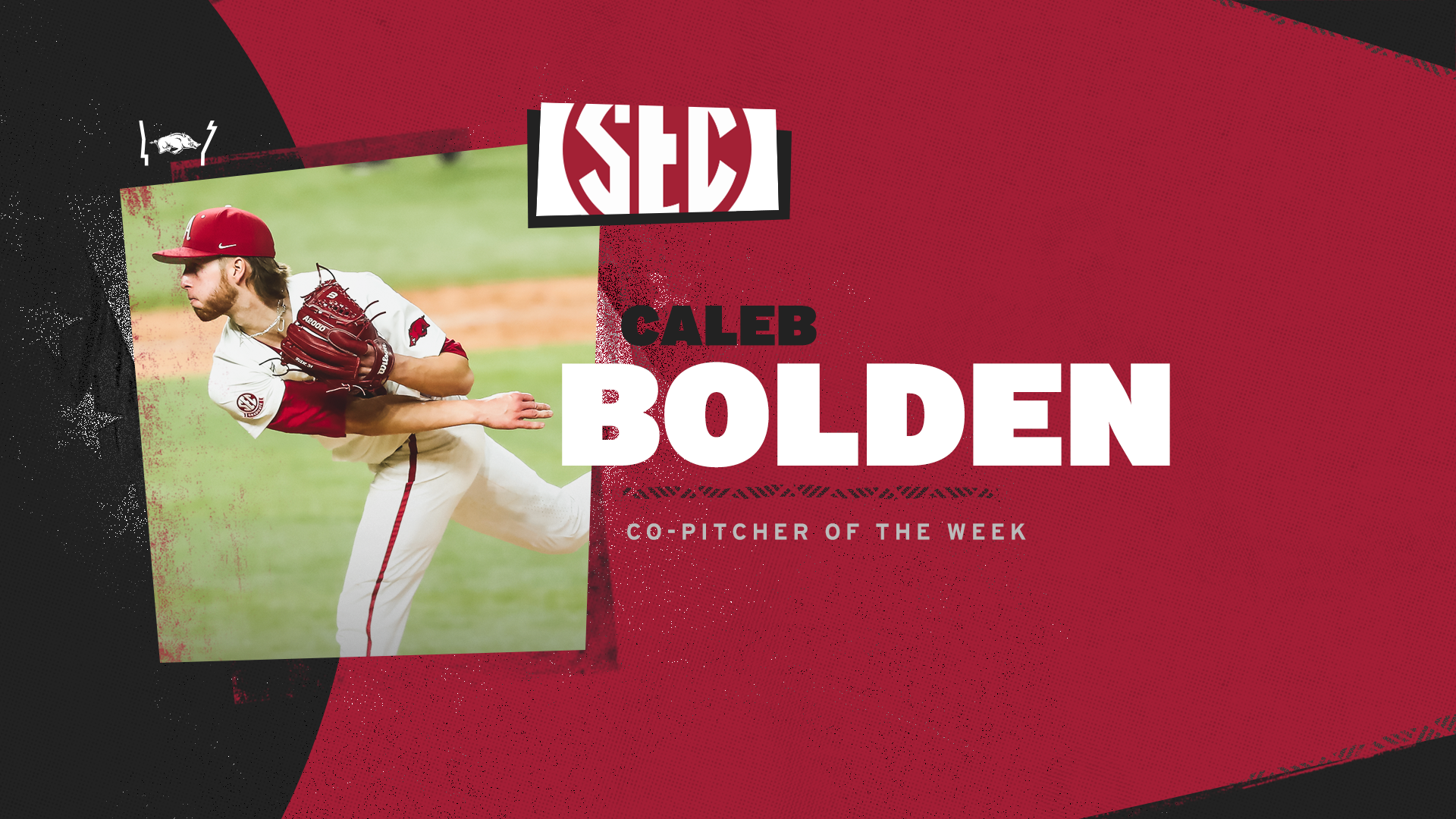 The right-hander was named the SEC Co-Pitcher of the Week on Tuesday, putting an exclamation point on his impressive performance in Sunday’s 4-0 shutout win against No. 9 Texas. His effort out of the bullpen helped the Razorbacks secure their second victory of the young season as well as their second consecutive win against a top-10 opponent.

Bolden struck out seven batters in 4.0 no-hit innings, silencing the nationally ranked Longhorns en route to Arkansas’ shutout win. The Texarkana, Texas, native entered the ballgame in the fifth and tossed the final four frames, picking up the first save of his college career.

Bolden and the Hogs are back in action later this week, hosting Southeast Missouri State in a four-game set at Baum-Walker Stadium. First pitch in the home opener is set for 3 p.m. Thursday, Feb. 25.