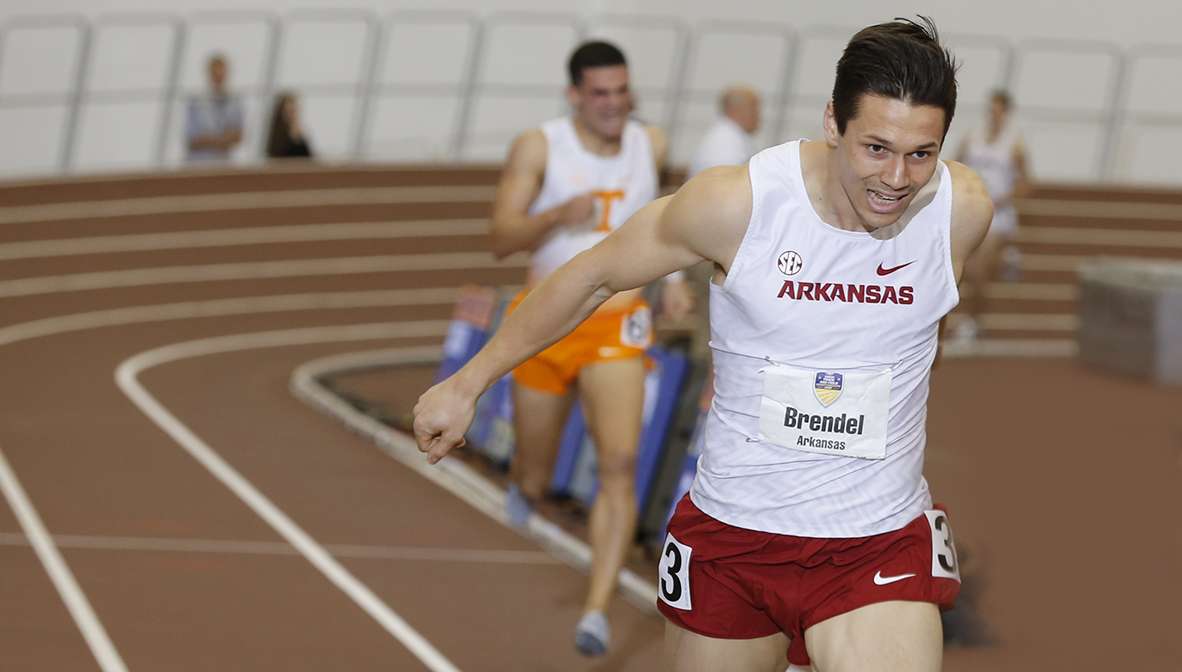 Brendel, from Granite Bay, California, is a graduate transfer from the University of California who has a 4.0 GPA in Statistics & Analytics and Business Analytics graduate program. This is the 17th honor for the Razorback men’s program as Brendel claims the ninth CoSIDA Academic All-America first team distinction.

Competing in the heptathlon at the SEC Indoor Championships, Brendel earned a bronze medal as he produced a score of 5,626 points, moving to seventh on the Arkansas all-time list. He was part of a Razorback foursome in the multi-event who combined for 20 points in the heptathlon as Arkansas won the conference team championship.