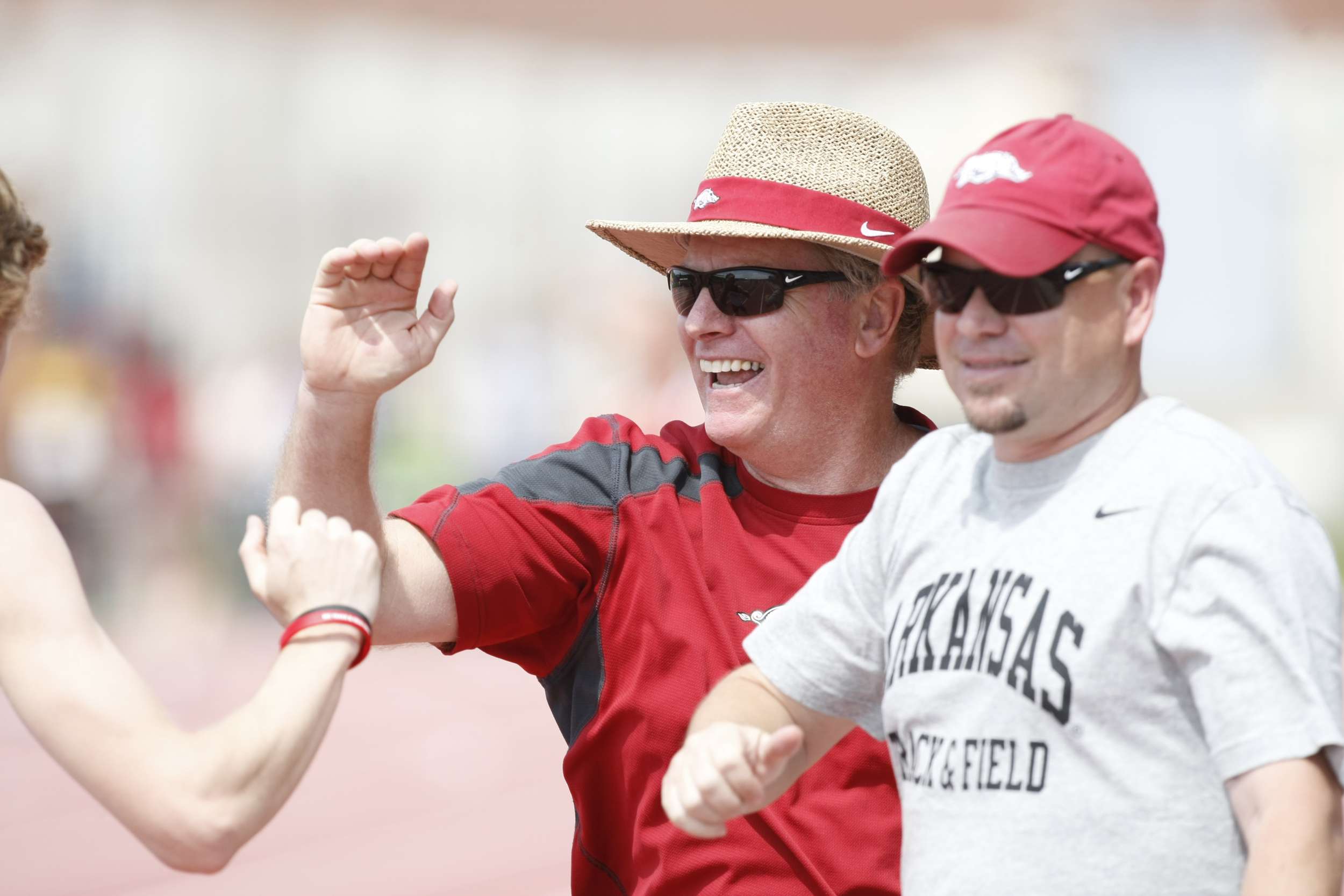 FAYETTEVILLE, Ark. – Arkansas cross country and track & field head coach Chris Bucknam has announced the signing of 23 future Razorbacks who will join the program ahead of the 2020 track & field season.

“We are very excited to welcome this group to our program. This is one of the most exciting and extensive recruiting classes we have had in my ten years at Arkansas. It’s a large group that covers every event group in our sport,” said Coach Bucknam.

“We are especially excited about being able to keep the best in-state athletes at home while also recruiting top talent from around the world.”

The class is headlined by two NCAA All-Americans, Keshawn Andrews, and Tyler Brendel, who earned Second-Team All-America honors at UA-Little Rock and Cal-Berkley. Jeremy Farr, Jamaica’s top junior 400-meter runner this season, and Max Kluth, Germany’s top junior decathlete, will bring international experience to the Razorbacks in 2020. North Little Rock High School’s Kennedy Lightner, one of the top high school sprinters in the United States during the 2019 season will remain in Arkansas for his college career.

The Razorback’s full signing class is listed below:

At UTEP: Placed fourth in the pole vault at 2018 Conference USA Outdoor Track and Field Championships.

Prior to UTEP: 2016 Israeli National Champion in the Pole Vault.

Missouri Class 3 State Champion in the triple jump in 2018 and 2019. Also placed fifth in the long jump and was a member of the 4×200-meter relay team to help Cardinal Ritter finish as the state runner-up in 2019. Undefeated as a senior in the triple jump during the outdoor season. Placed eighth at the 2019 New Balance Indoor National Championships in the triple jump.

2017 Alabama 7A Indoor State Champion in the Triple Jump. Hoover High School won six-consecutive indoor/outdoor state titles during his sophomore through senior seasons. As a senior, placed fourth at the Alabama 7A State Championships in the triple jump and also scored in the high jump to help Hoover High School win their third straight outdoor State Championship. During the indoor season, placed as the state runner-up in the triple jump and high jump while also scoring in the long jump, scoring 19 points to help Hoover win their third consecutive state indoor title. As a junior in 2018, finished as the state runner-up in both the long jump and triple jump outdoors. Won a state title indoors as a junior in the triple jump and also placed second in the high jump. Scored at the state championships as a sophomore both indoors and outdoors.

At Wichita Falls HS: As a senior in 2017, won Great Southwest Classic 100-meter title. Finished as the state runner-up at the Texas 4A State Championship in the 100-meters as both a senior and junior.