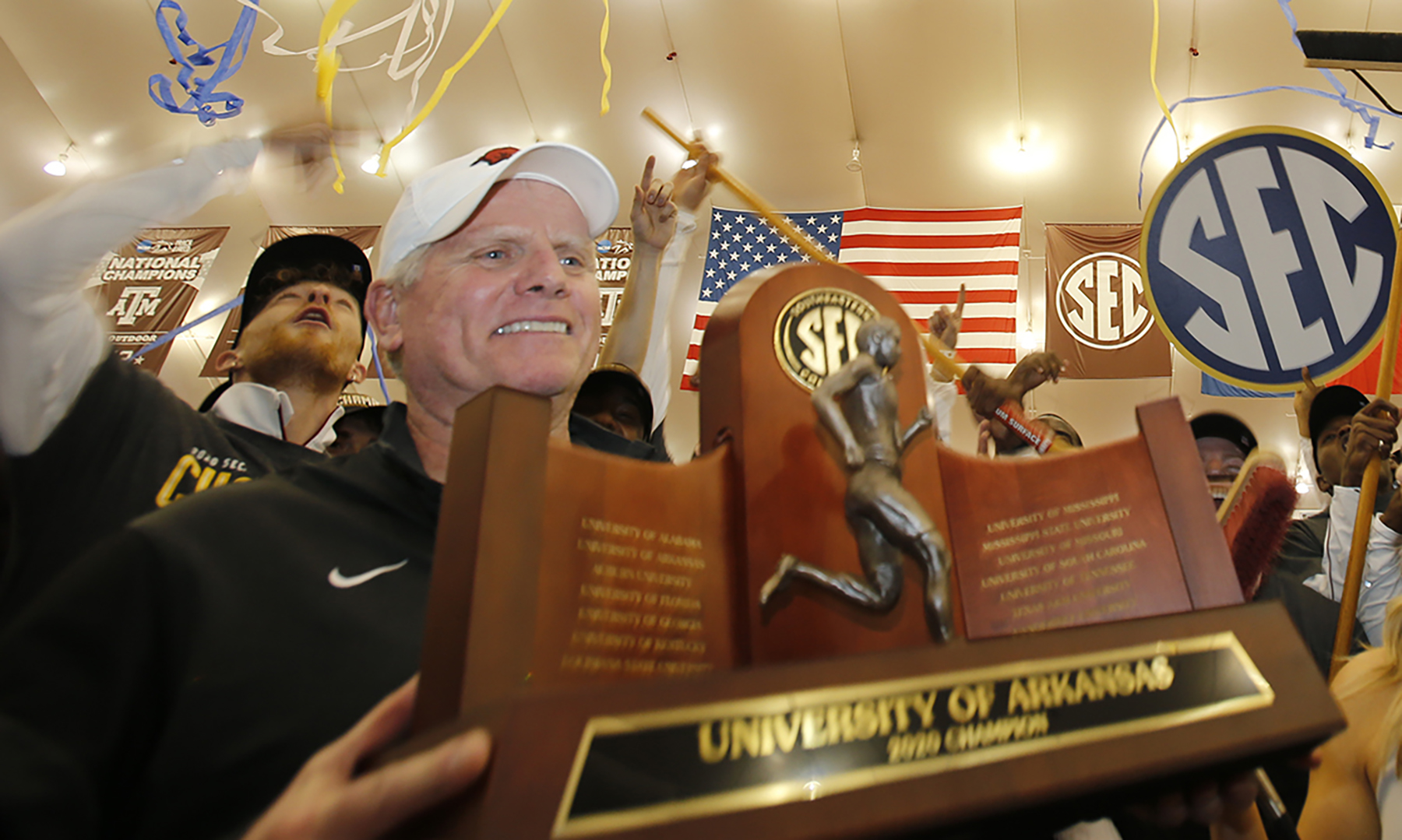 This is the eighth time Bucknam has been awarded the South Central Region Coach of the Year honor for the indoor season and it’s his 19th accolade from USTFCCCA overall between cross country (8), indoor (8) and outdoor (3) seasons.

Arkansas totaled nine medalists in the SEC Indoor Championships, with two gold, five silver and two bronze. It was the eighth indoor SEC team championship for Bucknam, who has won 21 conference championships with the Razorbacks through all three seasons – cross country (8), indoor (8), and outdoor (5).

Silver medals in the SEC meet were attained in the mile, long jump and heptathlon along with both relay events – 4×400 and distance medley. Bronze medals were acquired in the 5,000m and heptathlon.

For the NCAA Indoor Championships, being held next week in Albuquerque, New Mexico, the Razorbacks have qualified 11 athletes in eight events, including both relays.