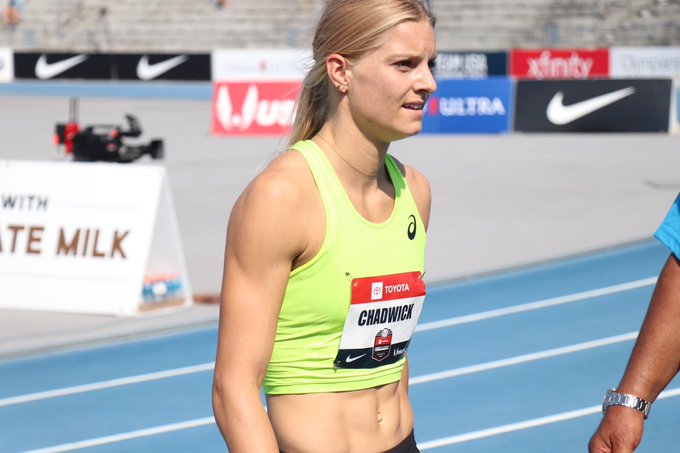 Chadwick advanced to the semifinal in the women’s 100-meter hurdles with an auto-Q finish running 13.58. Chadwick, who signed with Asics a few weeks back, finished third in her heat and will run in the semifinal tomorrow at 3:04 p.m.

Hilson posted a lifetime-best in the 400-meter hurdles finishing 10th-overall in the semifinals of the event. Hilson, who recorded the No. 4 time in program history improved upon his program mark lowering his time to 49.92 in the intermediate hurdles. The transfer from Arkansas State entered the 2019 season with a PR of 51.41 and lowered it to 49.92 in his first season with the Razorbacks.

“It’s been a great experience to come out here and run with the best in the entire United States and be on par with them, it’s a good experience,” said Hilson.

Parker completed her competition at the USATF Outdoor Championships with a semifinal run of 11.61 finishing 15th-overall.

“Honestly it wasn’t the way I expected [my collegiate career] to end,” said Parker. “But I know for a fact I don’t want to end my season to end like this. I have Pan Ams (2019 Pan American Games) that I leave next week for, and hopefully, after that, I’ll be able to represent myself and my alma mater in a better way because I know I’m a lot faster than I am… Its meant the world to be a Razorback, just knowing that I was able to wear it across my chest and represent Arkansas in the best way I could the past four years it just means so much…”

Kenzo Cotton bowed out in the 100-meter semifinal along with Parker as the former Razorback posted a time of 10.46 to take 12th-place.

Gabe Moore bowed out of the men’s decathlon following the 110-meter hurdles. The senior from Freeport, Fla. finishes his career in the cardinal and white as a multi-time First-Team All-American in the combined events and is No. 2 all-time in program history in the decathlon.