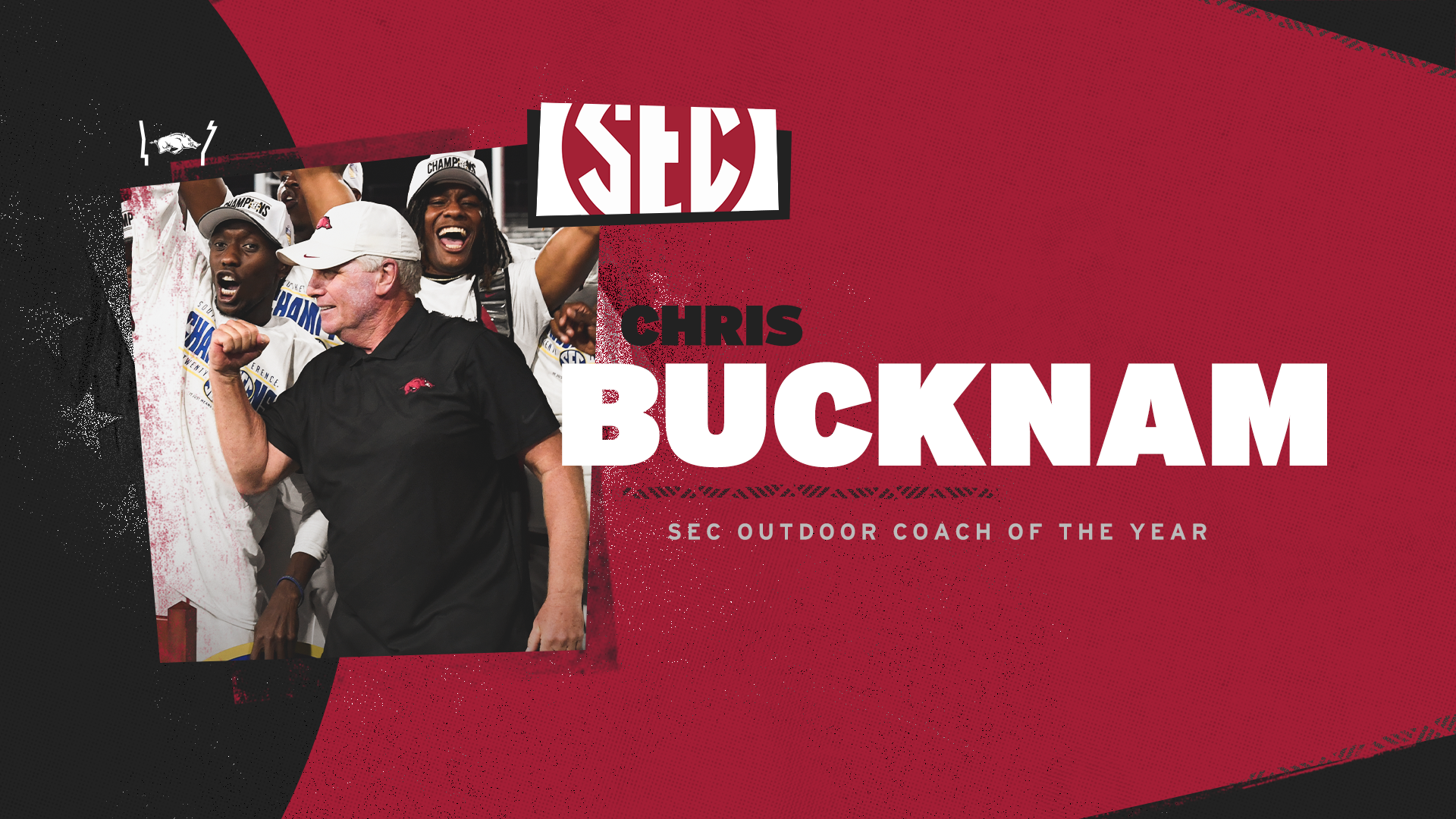 BIRMINGHAM, Ala. – As Arkansas recently completed a conference triple crown, Razorback men’s head coach Chris Bucknam collected a third SEC Coach of the Year honor this season and the 25th honor in his 13-year career at UA.

In earning the SEC Outdoor honor, it joins the pair previously attained for cross country and indoor track in the 2020-21 season.

This marks the six SEC accolade for Bucknam during the outdoor season, while he has earned the honor nine times in cross country and 10 times during the indoor season.

The Razorbacks totaled 11 medalists in claiming the SEC Outdoor team title with 129 points, defeating Alabama (109) and No. 1 LSU (108). The breakdown of medalists included one gold, three silver and seven bronze.

Distance events provided Arkansas with 71 points, with 26 points in the 5,000m securing the title prior to the 4×400 relay. The Razorbacks scored in 14 of 17 events they contested.