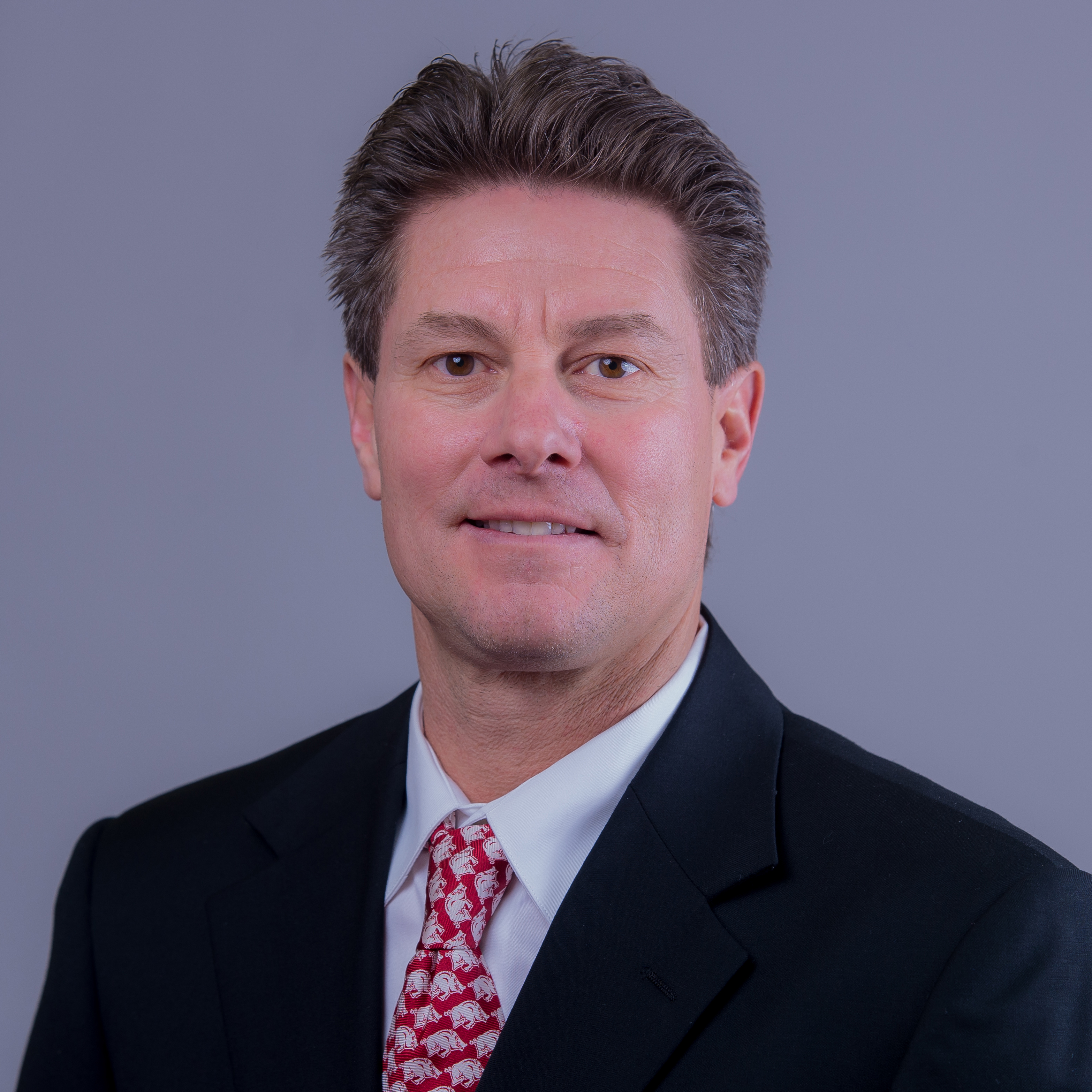 Doug Case enters his 14th season overall as a coach with the University of Arkansas cross country and track and field teams, and his fourth as an associate head coach. He is charged with working with the Razorback sprinters, relay teams and pole vault and is starting his 27th year of coaching at the collegiate level.

The crowning achievement of Case’s time with Arkansas came during the 2013 indoor track season when he and longtime friend and mentor Chris Bucknam led the Razorbacks to the NCAA Championship. The duo followed up the win with a third-place finish at the outdoor meet which led to the University’s first John McDonnell Program of the Year award. Arkansas has been awarded the John McDonnell Program of the Year honor three times, most recently in the 2021 season.

Case’s work at Arkansas has not gone unnoticed to his colleagues as he earned the United States Track & Field and Cross Country Coaches’ Association (USTFCCCA) South Central regional assistant coach of the year in 2011 and most recently for his efforts in 2015.

Along with his ability to teach his protégés to race and compete, Case has also put his stamp on the Razorback record books. In total, 93 marks on Arkansas’ top 10 performance lists across 16 events belong to student-athletes developed by Case. Case guided Arkansas sophomore Omar McLeod past the Razorback record books and into collegiate history to claim the NCAA all-time best spot at both 60-meter and 110-meter hurdles, the latter which had previously stood for 36 years. The two collegiate records were the second and third for Case having coached the 2013 4×400-meter relay team to a collegiate-best during the indoor season that culminated to the team’s 41st national title.

During 2014-2015, Case developed McLeod from a young man with raw talent to one of the best high-hurdlers in the world. In his freshman season as a Razorback McLeod earned the title of SEC Freshman Runner of the Year for his second place performance in the 60-meter hurdles only to drop .12 seconds two weeks later to collect his first national title. With the guidance of Case, McLeod continued on to two more SEC titles, defended his indoor national title, collected two outdoor national titles breaking the Razorback 4×100-meter relay record with his teammates in the process.

He capped his amateur career as a Bowerman Trophy semifinalist and with a victory at the Jamaican National Championships as the first collegian to run a non-wind assisted sub-13 time in the 110-meter hurdles.

Along with McLeod, the 2015 NCAA Championship winning 4×100-meter team assembled by Case included SEC Freshman Runner of the Year Kenzo Cotton and individual indoor event All-Americans Jarrion Lawson and Marqueze Washington. The entire group followed their national championship performance with a sixth-place finish in the 4×400-meter relay. In addition to managing the athletes in relay competition, Case was responsible for the breakthrough performance by Lawson at 100 meters who went from an unknown in the event to the third fastest in the country in the span of one month.

2016 brought further notoriety for the sprints and hurdles specialist as both Cotton and Lawson as well as McLeod (on the professional circuit) continued to thrive under Case’s guidance.

The collegiate duo and returning 4-x-100 relay members both placed nationally in individual sprint events during the indoor and outdoor season – Lawson accomplishing the coveted Jesse Owens triple with victories in the 100, 200 and long jump at the NCAA outdoor championship. Cotton and Lawson also assisted the 4-x-100 team once again racing to a spot on the podium with a third-place finish. In all, Case’s event group accounted for half of Arkansas’ point total, largely contributing to the program’s national runner-up finish.

Lawson and Cotton both qualified for the U.S. Olympic Trials advancing to the semifinals in both the 100 and 200 in their debut at the event. As the seventh-place finisher in the 100, Lawson earned a spot on Team USA’s 4-x-100 relay team, going on to assist them at the Olympic Games during the preliminary round of competition.

A product of the mentoring of both Case and associate coach Travis Geopfert, Lawson was the first member of the Arkansas men’s track and field team to be a finalist and winner of the sport’s most prestigious honor the Bowerman Award. He also was the first collegiate track athlete to earn an ESPYs nomination in the Best Male College Athlete category.

Case coached the Jamaican hurdle talent McLeod through several major competitions during 2016, watching on as the four-time NCAA champion implemented his techniques to race to a World indoor championship, a second Jamaican national title, and an Olympic gold medal in Rio de Janeiro.

Prior to joining his mentor on the Arkansas coaching staff, Case was a very successful coach at Northern Iowa, leading his student-athletes to two individual national championships, 43 All-America honors, and 68 national championship qualifiers. His athletes dominated the Missouri Valley Conference with 97 individual and relay championships in his time with the Panthers and set school records in 10 events.

While Case is proud of the efforts of all of his former competitors, 800-meter runner Tyler Mulder and pole vaulter Jacob Pauli hold a special place with Case after the tandem won national titles in 2008 and 2001, respectively. Mulder earned his title with a spectacular 1:49.20 at the national meet and Pauli went on to finish third at the 2007 USA Outdoor Championship.

A former Northern Iowa sprinter, Case set eight school records between 1982 and 1986 and was an all-conference performer. A native of Marshalltown, Iowa, Case received his bachelor’s degree from UNI in 1987 and served as a graduate assistant with the Panthers the next two seasons. He and his wife, Chris, have four children: Kelsey, Lauren, Cameron, and Regan.