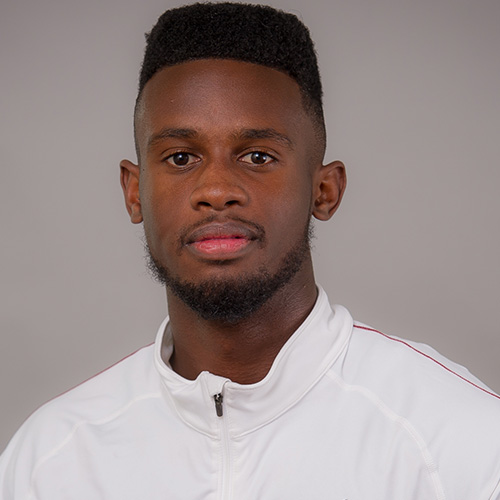 Revered as one of the best and most dynamic athletes to ever compete in collegiate track and field former Razorback Jarrion Lawson is taking on his second season as a volunteer coach with the Arkansas men’s track and field program. He is charged with assisiting coach Case and coach Geopfert with the development of Arkansas’ sprints and jumps squads.

Lawson’ four-year stead as a student-athlete in Fayetteville brought in six NCAA national titles, 19 All-America recognitions, two SEC titles and a place in history as one of two men to ever win the long jump, 100 and 200 at the NCAA Outdoor Championship — the other, Jesse Owens.

Primarily focused in the long jump, Lawson swept the event at the conference and national level during his senior collegiate season before taking the world by storm at the 2016 U.S. Olympic Trials. Freshly finished with NCAA eligibility Lawson jumped to a world-leading mark of 28-1 3/4 at Hayward Field in Eugene, Oregon, earning a spot on the United States Olympic Team.

Lawson went on to finish in fourth-place in the long jump at the 2016 Rio Olympic Games, missing out on the gold medal due to a slight grazing of the sand by his fingers prior to the landing of his final and furthest attempt in Brazil.

Lawson was also a model student in the classroom. He was named the SEC Indoor Scholar-Athlete of the Year and a CoSIDA First Team Academic All-American in spring 2016. Lawson graduated with his bachelors degree from the University of Arkansas in 2015 and is currently pursuing an MBA. He resides in Fayetteville where he continues to train.