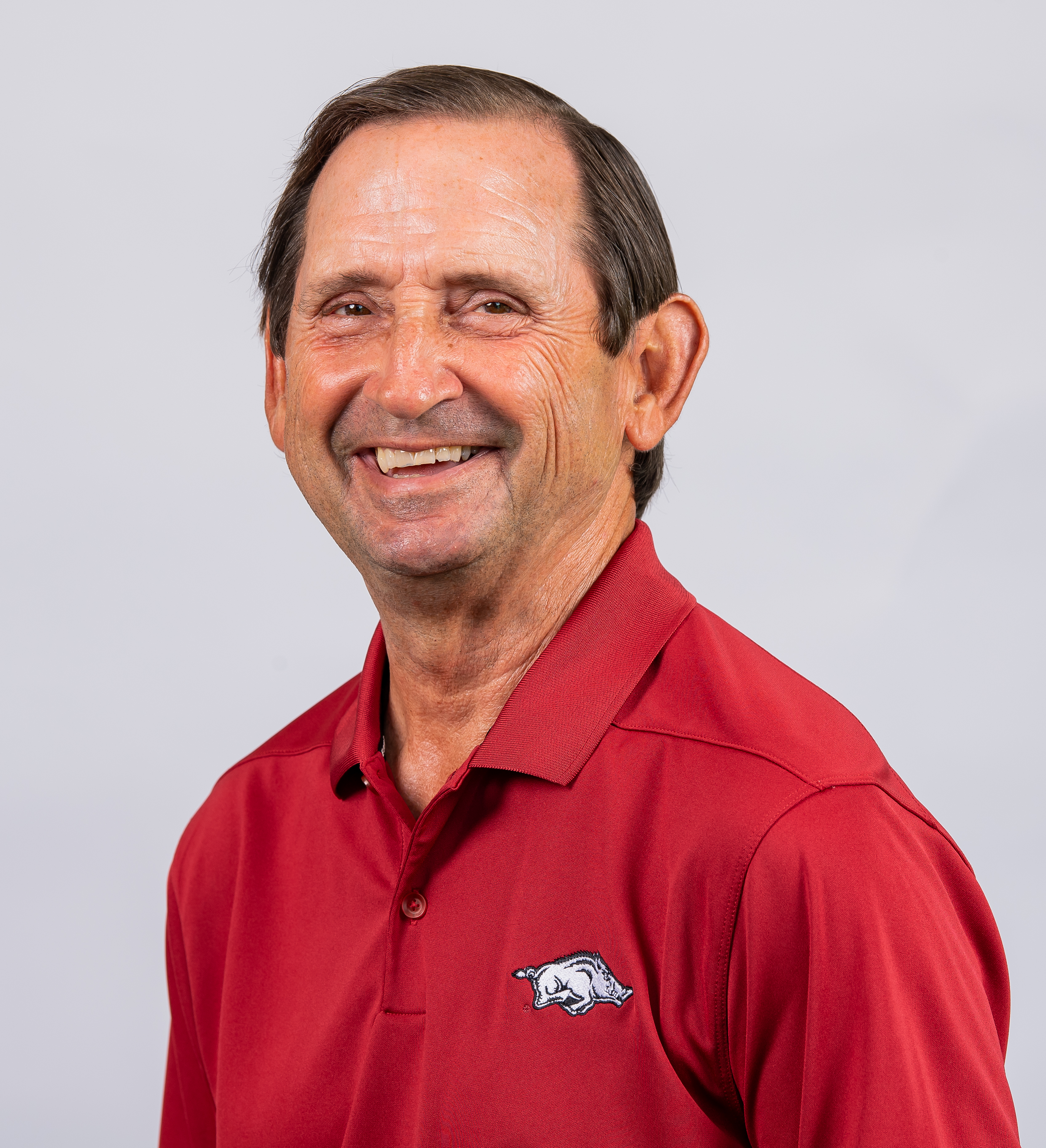 Mike Adams joined the University of Arkansas as the assistant women’s golf coach in August 2007. Adams has been Head Coach Shauna Taylor’s assistant since the first season she took the helm in 2007. He is entering his 16th year with the Hogs in 2022-23.

Since joining the Razorback program, Adams has assisted Arkansas to the top seven finishes at the SEC Championship, 14 consecutive NCAA Regional appearances and nine NCAA Championship appearances. He became the second Razorback women’s golf assistant to earn NGCA Assistant Coach of the Year when he was honored in 2013. Current head coach Taylor earned the award in her final season as a Razorback assistant in 2007.

Adams began his association with Taylor as her coach throughout her junior years, her collegiate career and while she was on tour as a professional player.

Prior to joining the Razorbacks, Adams worked five years at the International Junior Golf Academy on Hilton Head Island, South Carolina, where he was a senior instructor. While there, Adams worked with some of the best instructors in the country. In addition, he helped train some of the best junior golfers from all over the world and several of Adams’ former students are currently playing college golf and professional tours.

Adams graduated from Thomas Heyward Academy in Ridgeland South Carolina, and received a bachelor’s of science degree in Business Administration from Newberry College in Newberry South Carolina in 1977.