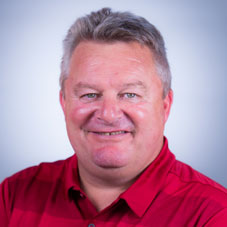 Rob Donnenwirth was announced as the interim assistant coach for Razorback Soccer on July 10, 2018 and became the full-time assistant in January of 2019. Donnenwirth comes from East Carolina where he spent the previous 19 seasons and is the winningest coach in ECU history.

In 2018, his first with Arkansas, Donnenwirth worked directly with the goalkeepers and helped a trio of Razorbacks put up impressive numbers to help the team to another 10+-win season, an SEC Tournament final appearance and an NCAA Tournament Second Round appearance. As a team, Arkansas totaled eight shutouts and a 1.02 goals against average, which ranked eighth in the SEC. Redshirt sophomore Taylor Beitz led all Razorback goalkeepers with 16 starts and 56 saves in 1,331 minutes. Beitz totaled six of Arkansas’ eight clean sheets, which were the eighth-most in the league and her save total was sixth-highest in the SEC.

The play of the goalkeepers was one of the reasons Arkansas was able to reach its third-consecutive SEC Tournament final in 2018. The Razorbacks shut out five-seed Ole Miss (4-0) and eight-seed Florida (1-0) en route to the championship game. Beitz played all 290 minutes of the tournament and averaged 1.67 saves per game. The only goal she allowed came in the final against LSU, which took penalty kicks to decide a victor. The win over Florida was just the second-ever over the Gators in school history as the Arkansas defense held Florida to only two shots in the match.

While at ECU, Donnenwirth compiled a 177-150-44 record with the Pirates, producing nine 10-win seasons since 1999 and one conference championship. He also mentored 86 all-conference performers during his time in Greenville.

Donnenwirth has spent the last 24 years as a collegiate head coach, including five years at North Carolina Wesleyan, his first head-coaching stop. Combined at those two schools, Donnenwirth has a 239-176-53 (.567) and also served as an assistant coach at James Madison and UMass from 1988 to 1994.

Last year, ECU produced its best start in program history with a 4-0-1 mark and went 5-2-2 in non-conference play, capped by a 0-0 draw with No. 5 Virginia, the Pirates’ first tie against a top-five opponent in program history. Junior Courtney Cash was named All-AAC Second Team at the end of the year marking the fourth-straight season ECU had an all-conference selection.

Donnenwirth helped ECU transition from Conference USA to the American Athletic Conference in 2014 and from there, saw players such as Kendall Frey blossom. Frey was named to the All-AAC First Team in 2015 after cracking the top five in multiple categories in the record book, closing her career fifth in all-time goals scored (22) and points (22). Frey was also given All-AAC Third Team recognition as a sophomore in 2013 and received NSCAA Scholar All-South Region honors in 2014.

ECU’s best season in the AAC under Donnenwirth came in 2014 where he guided the Pirates to a 12-8-1 overall mark, reaching the semifinals of the conference tournament. Frey along with senior defender Kelley Johnson and senior goalkeeper Erika Lenns earned all-conference nods.

In 2013, ECU’s final season in Conference USA, Donnenwirth kicked off the campaign with a milestone, claiming his 200th career victory in a 2-0 win over Davidson on Aug. 23. The Pirates won at least nine matches for the eighth year in a row, going 9-9-3 with a 5-4-1 mark in C-USA play. Caitlin Hite became the first freshman in program history to earn all-conference first team honors and the team reached the C-USA Tournament semifinals.

The 2008 season was Donnenwirth’s most successful as he led ECU to the best overall record in program history at 14-4-4 and a share of the C-USA Regular Season Championship. That year the Pirates finished the C-USA season with a 7-0-4 mark, good for the first unbeaten run through league play since Charlotte went 8-0-2 in 2002.

East Carolina played in its first C-USA Championship game in 2008, but fell to Memphis, 4-1, and narrowly missed out on making the program’s first-ever NCAA Tournament appearance. At the end of the year, Donnenwirth received his first C-USA Coach-of-the-Year award and was the Soccer Buzz Southeast Region Coach-of-the-Year runner-up.

The conclusion of the 2008 campaign also saw a Pirate agree to the first United States professional contract in program history as Madison Keller signed with the Washington Freedom of the Women’s Professional Soccer (WPS) league. In all, three former players signed professional contracts under Donnenwirth’s tenure at ECU: Amanda Duffy (Sweden `06), Keller and Kimmy Cummings (Ireland, `12).

In Donnenwirth’s first year as the Bishops as head coach, the team advanced to the NCAA Final Four and finished with a 15-3-3 record. Chris Webb and Trish Parker, former ECU assistant coaches, were a part of that squad and Parker was named the Division III National Player-of-the-Year.

In his tenure at N.C. Wesleyan, three Bishop players were named All-Americans, two were chosen Dixie Conference Players-of-the-Year and three were picked as the conference’s Rookie-of-the-Year. Donnenwirth was also recognized several times while at N.C. Wesleyan, earning NCAA South Regional Coach of the Year twice and the Dixie Conference Coach of the Year three times.

Before heading to N.C. Wesleyan, Donnenwirth served as an assistant with the James Madison men’s and women’s teams and the UMass men’s squad.

Outside the college ranks, Donnenwirth has a wealth of experience in Olympic Development Programs (ODP). He has been part of the United States Region III ODP coaching staff and served eight years as a North Carolina ODP coach with the under-13 and under-15 girls’ teams.

He was formerly the director of the Pitt Greenville Soccer Association’s traveling and recreational programs and is currently president of Soccer Express, a community soccer camp business that has attracted over 3,000 youth and adult campers in the U.S. and Canada.

As a player, Donnenwirth guided West Virginia Wesleyan College to back-to-back NAIA National Championships in 1984 and 1985 and was named a NAIA Honorable Mention All-American in 1987 as a goalkeeper. He earned a B.S. in marketing from West Virginia Wesleyan in 1988 and his M.B.A. from James Madison in 1990.

Donnenwirth and his wife, Rosy, have three daughters: Allison, Madison and Carly.