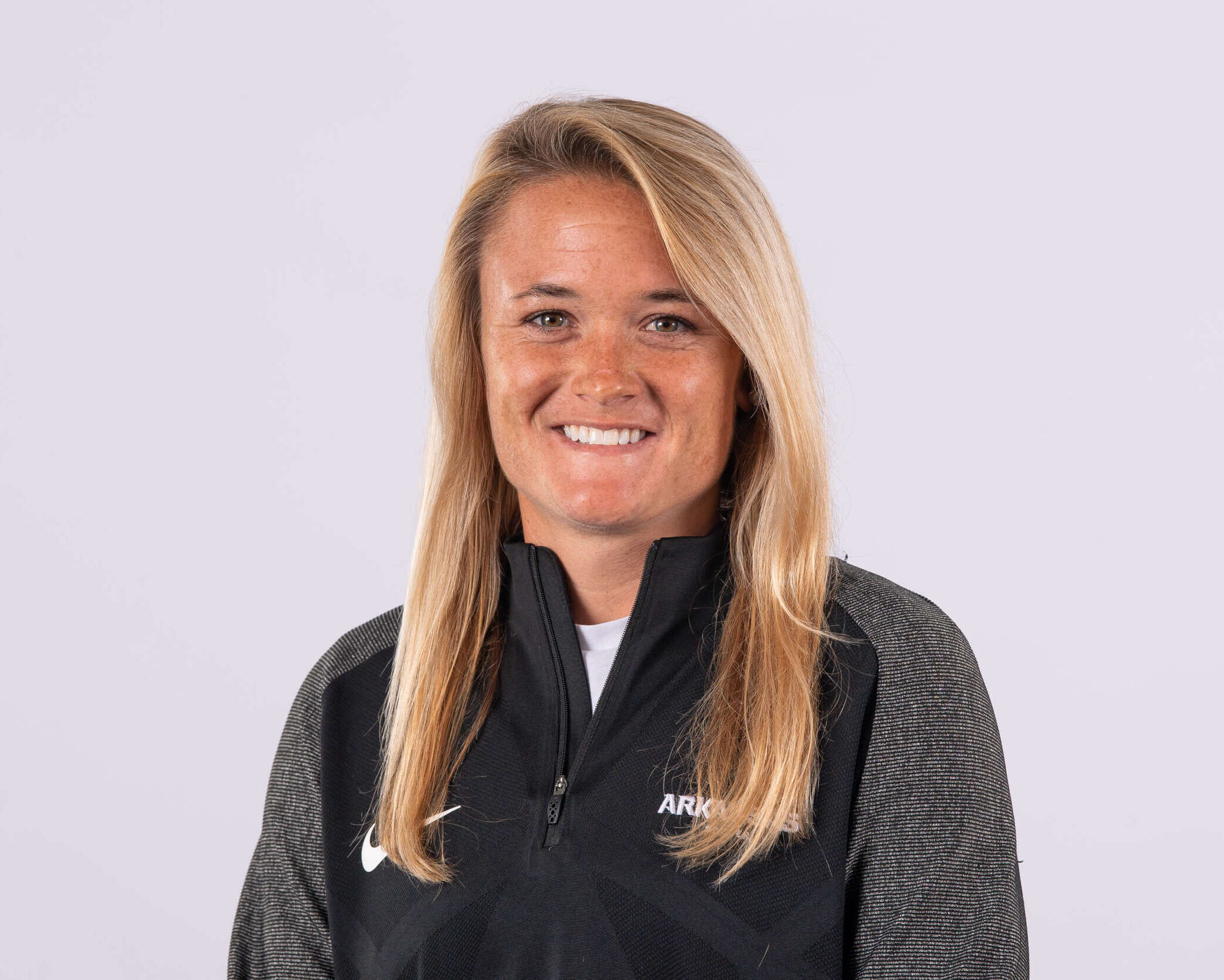 Scofield was a four-year monogram winner for the Irish during her playing career from 2011-14 and was a cornerstone for Notre Dame’s defense at center back as she didn’t miss a match in her first three seasons. Scofield started in 79 of her 88 total matches and was named the team’s Most Valuable Freshman in 2011 as well as team captain as a senior in 2014.

In 2020-21, Scofield and the Razorbacks won their second-straight SEC regular season title and advanced to the Sweet 16 for the second time in school history. Two Razorbacks were named United Soccer Coaches All-Americans, while four were named to the All-Southeast Region teams.

In her second season at Arkansas, Scofield helped lead the Razorback defense to the lowest goals-against-average (0.47) in program history for a single season which ranked seventh nationally. The Arkansas defense set a school record for the fewest goals (3) allowed at Razorback Field and tied for a program-best seven shutouts in-a-row. Razorback defender Haley VanFossen became the first All-American and SEC Defender of the Year in school history, and was named to the All-SEC First Team, while Bryana Hunter earned Second Team All-SEC honors.

In 2018, her first with the Razorbacks, Scofield worked directly with the defense and helped guide the back line to eight shutouts, tying for the third most in a single season in school history. It was the third-straight year that Arkansas had totaled seven or more clean sheets in a single season and eighth most in the SEC.

Scofield was instrumental in mentoring Haley Van Fossen, who became the first Razorback to be named to the All-SEC First Team since 2016 and only the seventh Razorback to make the first team in school history. Van Fossen was also named to the United Soccer Coaches’ All-Southeast Region First Team, her first of her career as she started 22 of Arkansas’ 23 matches, logging 1,956 minutes, the second most on the team. The Broken Arrow, Oklahoma native contributed to all eight of Arkansas’ shutouts and has been a part of 18 shutouts in her career. She also played 90 or more minutes 15 times and has already notched 45 starts in her career, including 19-straight dating back to Aug. 31 against Baylor.

Prior to joining Arkansas, Scofield helped guide Elon to match a program record with five players taking home conference postseason honors in 2017. Meredith Christopher was named the CAA Rookie of the Year last year, a program first, and became the program’s first major award winner since Elon joined the CAA in 2014.

In 2016, Scofield was instrumental in helping Elon post three CAA shutouts, which ranked second in the league. In addition to strong play from the back line, goalkeeper Katelyn Fowler finished second in the CAA in goals against average (0.78) in five games played.

Before Elon, Scofield spent the 2015 season as volunteer assistant coach at Kentucky, one year after finishing her playing career at Notre Dame where she helped the Irish to four-consecutive NCAA Tournament appearances.

In 2012, Scofield earned an invitation to the United States’ U-23 National Team camp in Sarasota, Florida. She was also part of the 2010 U-18 National Team player pool, participating in the U-18 camp in April 2010 at the Home Depot Center in Carson, California.

Along with her coaching experience at Kentucky, Scofield worked with Coerver Coaching of Illinois and Indiana, was the head coach of the Michiana Echo U-13 Girls in 2015, and a camp counselor for Notre Dame Women’s Soccer Summer Camps and the NWSL’s Chicago Red Stars.