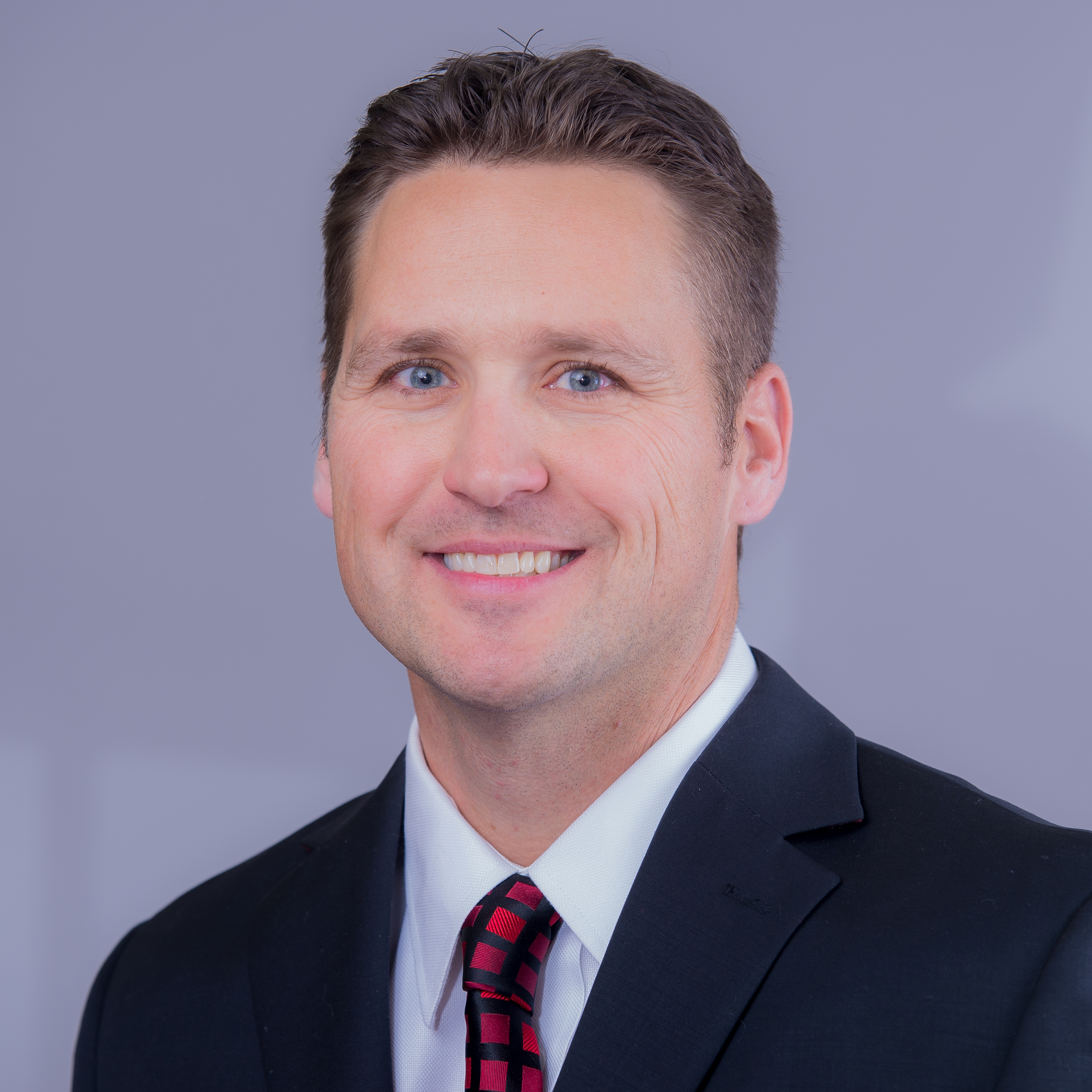 Travis Geopfert returns to the Razorback men’s track and field program for the 2021-22 season following three years at Tennessee, where he served as associate head coach with the men’s and women’s teams. Previously, Geopfert was an assistant coach with Arkansas for nine seasons (2009-18) and was also with Razorback head coach Chris Bucknam for five seasons at Northern Iowa (2003-08).

The coaching trio of Coach Bucknam, associate head coach Doug Case and Geopfert have worked together 14 of the past 18 years.

A pair of Tennessee athletes recently qualified for the Tokyo Olympics from Geopfert’s jumps crew. They include Carey McLeod (Jamaica), the only Olympic qualifier in both the long jump and triple jump, and Darryl Sullivan (USA) in the high jump.

Previous Olympians coached by Geopfert include Razorback greats Jarrion Lawson and Clive Pullen in 2016 as well as Raymond Higgs in 2012. Overall, Geopfert’s event area has included three Olympians in the long jump, two in the triple jump and one in the high jump.

In 2016, Geopfert guided Lawson to become the program’s first recipient of the Bowerman award, which honors the top men’s collegiate track and field athlete. Lawson became the first athlete to duplicate Jesse Owen’s NCAA triple of winning the 100m, 200m, and long jump at the NCAA Outdoor Championships.

A six-time NCAA champion, Lawson became the leading career scorer in the NCAA long jump. He placed fourth in the 2016 Rio Olympics long jump and claimed a silver medal in the 2017 World Championships.

At Arkansas, Geopfert was part of 18 SEC titles in track & field and cross country along with 17 NCAA top 10 finishes, which included a national championship in 2013 and four NCAA runner-up finishes.

With Tennessee, Geopfert contributed to a NCAA top 10 finish in the 2021 NCAA Indoor Championships as the Volunteers placed ninth in men’s team scoring. His jumps group supplied 33 of Tennessee’s 42 total points from the two NCAA Championships in 2021, producing 12 of UT’s 21 points at NCAA Indoor and all 21 points during the NCAA Outdoor where the Volunteer men finished 11th.

Those numbers don’t include the myriad of honors bestowed upon the student-athletes that Geopfert has recruited, an array of performers that have been among the top 10 recruiting classes in the nation in each of the past three years.

Geopfert’s 2013 track season was not just rewarding for him as an individual, but from a team standpoint as he helped Arkansas claim its 41st NCAA Championship during the indoor track season and win the John McDonnell Program of the Year award. The team also earned its second consecutive SEC triple crown and Geopfert’s fingerprints were all over Arkansas’ team success in 2013 as he coached student-athletes to a national title in the heptathlon, 14 All-America honors and an SEC Champion.

In 2014 Geopfert repeated at the USTFCCCA National Assistant Coach of the Year for the indoor season following guiding one of his student-athletes to an individual national title for the second-consecutive year. In addition to the first-place finish, five more individuals from his training group earned All-American honors with three out of Geopfert’s six finishing among the top-five in their events at the national meet.

Kevin Lazas, the 2013 NCAA heptathlon champion, tallied 6,175 points on the way to his national title, a total that ranks No. 3 in NCAA history. The lofty numbers are not limited to just the multi-events. Geopfert’s first and third national champions were long jumpers Alan Bailey (2010) and Jarrion Lawson (2014). Lawson whose mark of 27-6.5 earned him a world No. 1 ranking at the time went on to finish second at the USATF Championships to cap his second season as a Razorback.

During the 2015 season Geopfert returned Lawson to the national spotlight guiding the junior to a silver medal in the long jump at the NCAA Indoor Championships. Picking up where they left off from the indoor season, Geopfert watched over Lawson’s outdoor progressions developing him into a dual-threat national contender in the 100-meter run and the long jump. With Geopfert’s mentoring, Lawson finished among the top-three competitors in both events at the NCAA Outdoor Championships bringing his All-American honors total to 12 in three years as a Razorback.

In Lawson’s final year with the Razorbacks the Texarkana, Texas, native found his rhythm under Geopfert’s watch, sweeping the SEC and NCAA long jump titles in dominant fashion. Along with his collegiate success which saw him match Jesse Owens’ 100, 200, long jump sweep at the NCAA Outdoor Chapionships, Lawson landed international notoriety, leaping to a world-leading mark of 28-1 3/4 in the long jump at the U.S. Olympic Trials.

Geopfert followed through with Lawson’s training all the way through the Olympic Games, molding the natural talent into a top-five finisher on the most elite stage in track and field. For his efforts in 2016 Lawson was selected as the NCAA National Outdoor Athlete of the Year and the Best Male Collegiate Athlete ESPY Award. Lawson capped his stellar season becoming the first Razorback to win the Bowerman award, which is presented by USTFCCCA in recognition of the top collegiate track and and field athlete.

Only one of Geopfert’s many talented student-athletes, Lawson was joined on the national and Olympic stage by Jamaican triple jumper Clive Pullen who captured the NCAA indoor title and became the first Jamaican to qualify for an Olympic Games in the event since the 1970s. In 2017, Geopfert guided Pullen to an indoor world lead of 17.19m/56-4 3/4 in the triple jump, which earned him place among Arkansas horizontal jump legends. Under Geopfert’s watch, Pullen earned his second consecutive NCAA indoor title while his coach pulled in top honors as the USTFCCCA South Central Region Assistant Coach of the Year. Geopfert also proved instrumental in helping defend his Jamaican National title, which qualified the budding talent for the World Championships in London, England.

In addition to his duties with the Razorbacks, Geopfert is a rising star on the national stage and in 2013 coached his second Thorpe Cup, a decathlon competition between the United States and Germany. A long-time advocate of the competition, Geopfert was also a member of three Thorpe Cup championships as a competitor between 2003 and 2006.

Familiar with Coach Bucknam’s philosophies and coaching style, Geopfert was an athlete during the head Razorback’s run at Northern Iowa before joining the coaching staff. The long-time Panther even took over the program for one season, after Bucknam left for Arkansas, before joining his mentor one year later. His coaching at Northern Iowa led to Missouri Valley Conference indoor and outdoor championships in 2009 as well as coach of the year honors both seasons. In six years as a coach at UNI, Geopfert was a part of numerous conference championships and his recruits continue to hold 12 UNI school records.

A standout student-athlete for Northern Iowa, Geopfert earned All-America honors and was a three-time MVC champion. Including his professional career as an athlete, he was a two-time Drake Relays decathlon championships, three-time member of the Thorpe Cup and a six-time USA Championships qualifier in the decathlon.

A native of Panora, Iowa, Geopfert earned his bachelor’s degree from Northern Iowa in 2002. He and his wife Nicole have one daughter, Ellyn and two sons, Jones and Jax.