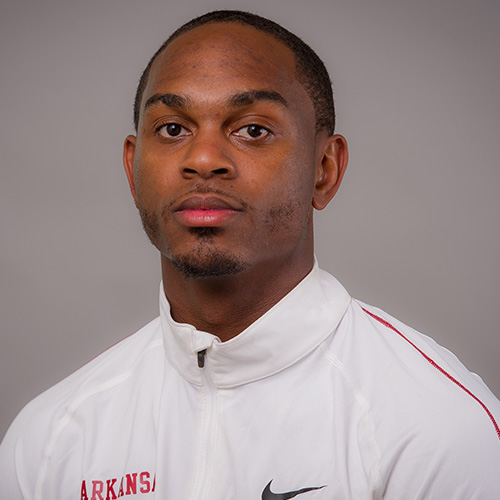 A 2016 graduate of the University of Arkansas, Zach Riley enters his fifth season as a volunteer coach for the Razorback men’s track and field team.

Riley’s responsibilities include working on the development of the sprints and hurdles crew alongside long-time speed veteran, assistant coach Doug Case. Riley also assists Case with the 4×100-meter and 4-x-400-meter relay events.

Prior to his time as a member of the coaching staff, Riley spent two years as a student-athlete for the Hogs specializing in sprints. Riley joined the Razorbacks after two years at Arkansas Baptist, where he completed his time as a two-time NJCAA All-American while managing to earn Dean’s and President’s list recognition for his academics.

A native of Benton, Arkansas, Riley was a six-time state champion for Benton High School, dominating the 100 and 200 during his time at the prep level. A three-time All-State selection, Riley claimed the top spot in the 100-meters and 200-meters at the Arkansas Meet of Champions in 2012.

In his first season learning under Case, Riley played an instrumental role in helping the Hogs assistant coach put together a national leading 4-x-200-meter relay team, and a pair of All-American relays in the 4-x-100-meter and 4-x-400-meter relay teams — the latter which set a program record en route to earning an NCAA silver medal.

With his U of A bachelor’s degree in hand, Riley currently splits his time between coaching and academic work towards a Master’s in Sport Management. Riley resides in Fayetteville, Arkansas