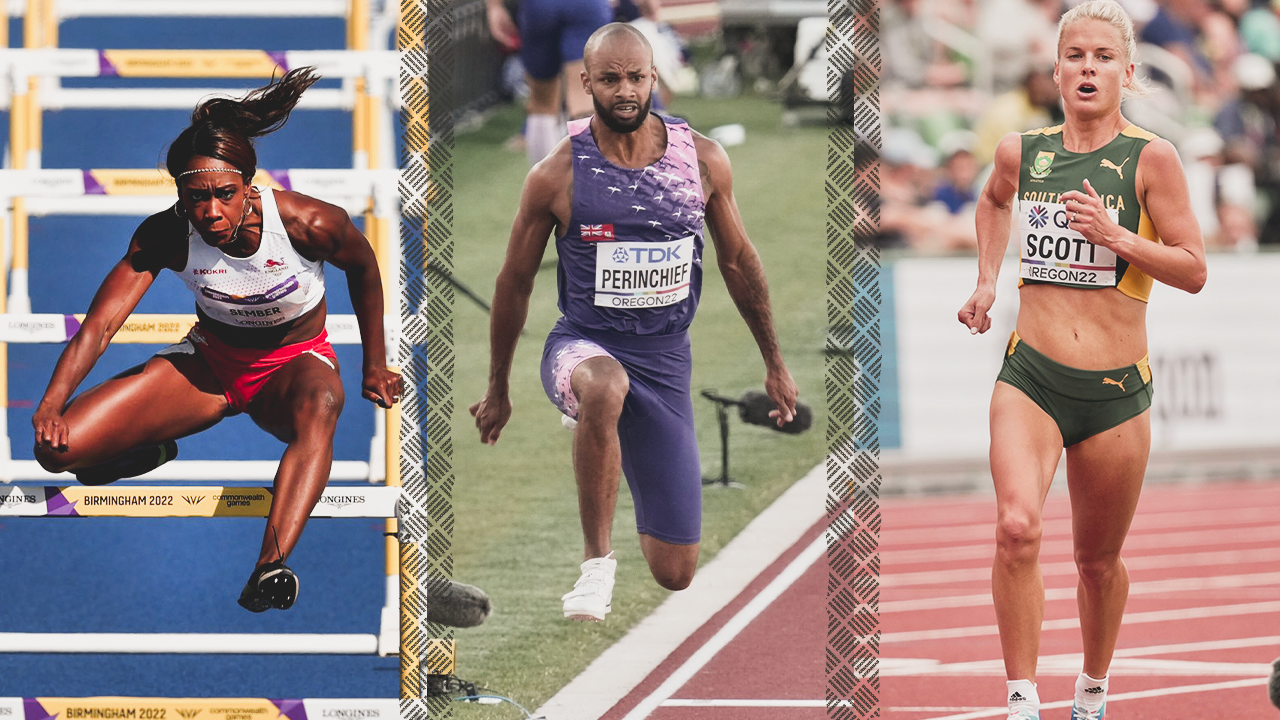 BIRMINGHAM, England – A pair of Commonwealth Games bronze medals were achieved on Sunday during the final track and field morning session at Alexander Stadium by Cindy Sember and Jah-Nhai Perinchief, a pair of athletes who train in Fayetteville with Razorback assistant coaches.

Perinchief equaled the previous best effort for a jumper from Bermuda as he matched the bronze medal performance by Arkansas alum Brian Wellman, who earned Commonwealth bronze in 1994. Wellman was in Birmingham this week assisting Perinchief.

Arkansas alum Dominique Scott, racing in the evening session, placed fifth in the 5,000m final with a season best time of 15:07.50, marking the best finish and time for a South African runner in the history of the Commonwealth 5k. Last Wednesday, Scott finished seventh in the 10,000m final.

In Cali, Colombia, Razorback Heidi Nielson finished 13th in the 5,000m with a time of 17:13.97 on Saturday, the final day of the World U20 Championships. Nielson was one of just four athletes who raced in the 3,000m last Monday on the first day of the competition and the 5,000m final during the last session of the six-day meet.

The United States men’s 4 x 400 relay claimed gold in a time of 3:04.47 over Jamaica (3:05.72) and Canada (3:06.50). By virtue of competing in the prelims for Team USA, incoming Arkansas freshman Grant Williams also earns a gold medal from the final performance.

Perinchief led the Commonwealth triple jump after the opening round with his first attempt and was in second place after three rounds when the field of 14 jumpers was trimmed to eight for the next three rounds.

This competition marked the first gold medal for India in the triple jump as well as the second silver medal to go along with three previous bronze medals.

Nigeria’s Tobi Amusan, who broke the world record this summer with a 12.12 clocking in the World Championships semifinals in Eugene, defended her Commonwealth title with a Games record of 12.30 (-0.2 wind). Devynne Charlton of Bahamas ran 12.58 for silver.