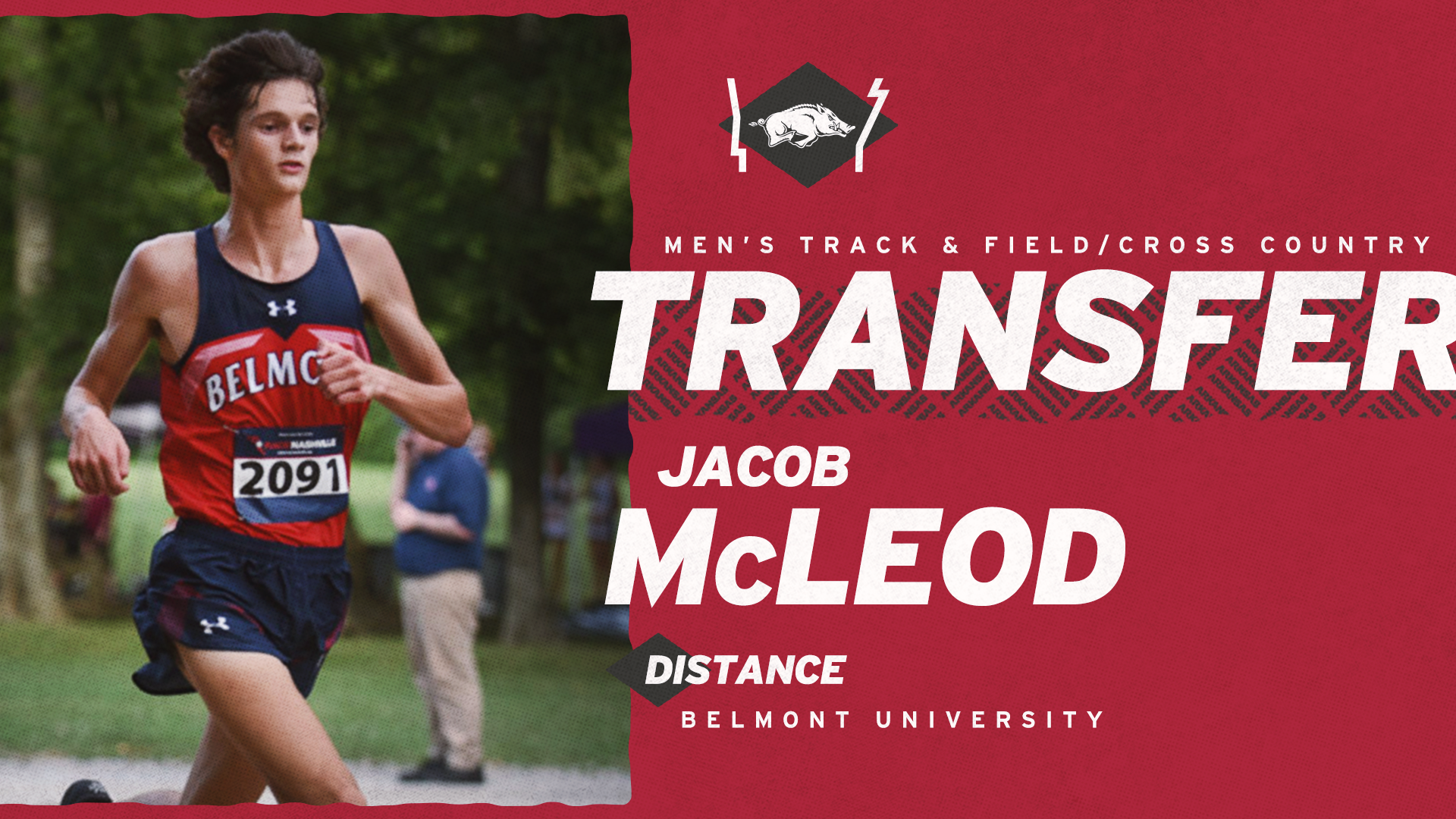 Joining the Razorback program as a transfer is Jacob McLeod, a distance runner who claimed a pair of indoor conference titles in the 3,000m and 5,000m competing for Belmont University.

McLeod also earned an at-large qualification into the 2018 NCAA Cross Country Championships, finishing 107th as a freshman in 30:41.5, after placing second at the OVC Championships and fourth in the NCAA South Region meet.

During his senior year in high school he posted an 8:52.70 in the Florida State Relays to break the Georgia State high school record and ranked fifth in the nation for the 2018 season.