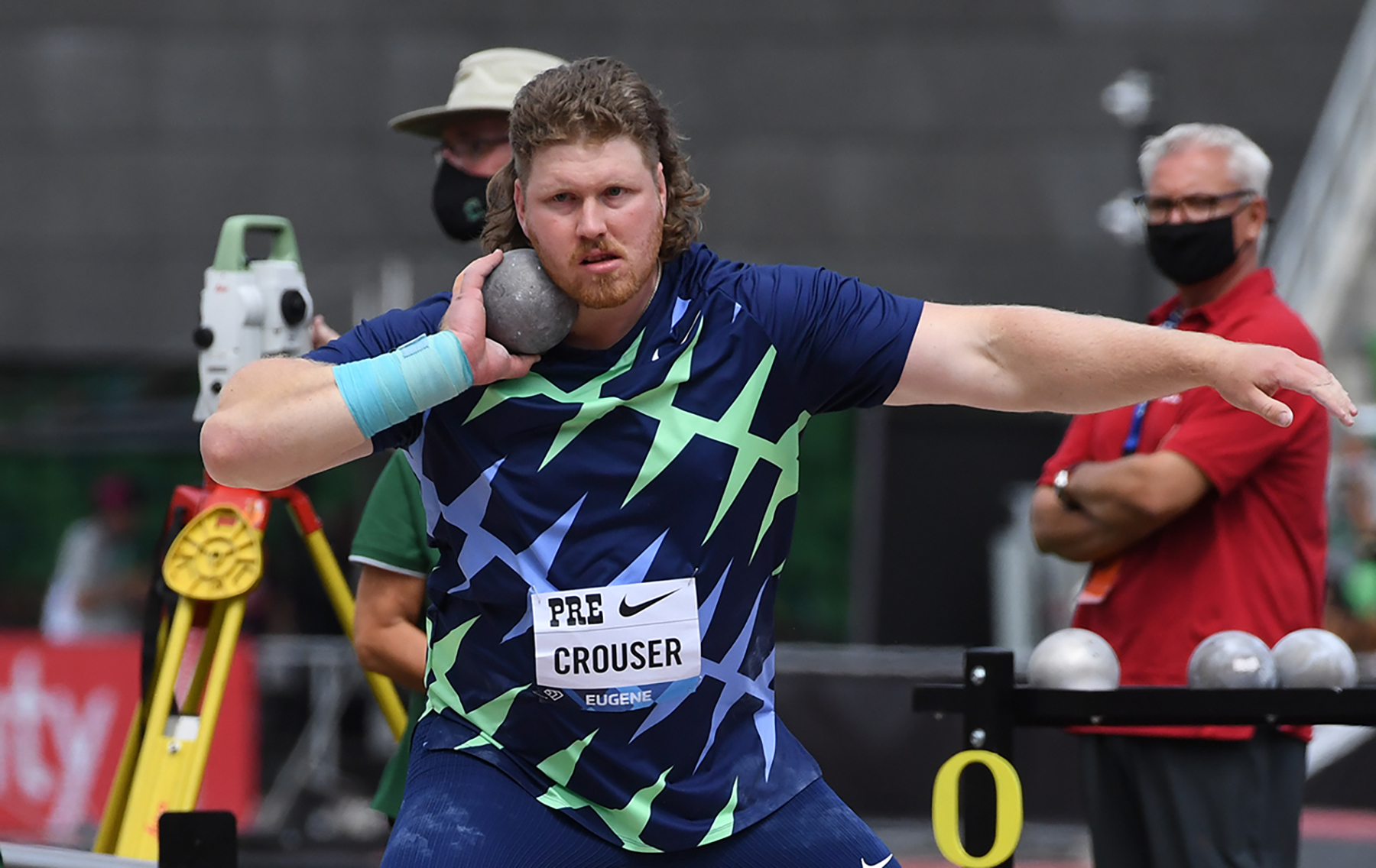 ZURICH – Arkansas volunteer assistant Ryan Crouser claimed an elusive Diamond League trophy in the shot put on Wednesday with a meet record winning mark of 74 feet, 4 ½ inches (22.67). The event, held on the first of two days for the Diamond League final, was staged as a city event at Sechseläutenplatz.

Thursday’s action inside Letzigrund Stadium will include a pair of Arkansas alums – Tina Sutej and Payton Chadwick – along with Shamier Little, who trains in Fayetteville with Razorback women’s associate head coach Chris Johnson.

In a season in which Crouser defended his Olympic shot put gold medal as well as broke the world record indoors and outdoors, he enjoyed earning his initial Diamond League trophy.

“This meeting record is a big one for me,” said Crouser. “This is my first Diamond League victory. I am honored to be here and come out with a victory. I’m so honored and grateful to do this as my job.

“I’m probably the first athlete who won two Olympic gold medals and set a world record before they won a Diamond League trophy. To finally do it on what has been the best year of my career has been fantastic. It’s a very special place to do it in downtown Zurich with a full crowd.”

“I had a little bit of a struggle early,” noted Crouser. “I felt too good and was really excited. I was just a little bit overzealous and rushing my throws. I had to tone it back down.

“When Tom Walsh broke the toe board, that may not have been the worst thing for me, because it made me calm down and really execute. Some athletes were disappointed with the breaking of the toe board, but for me I was able to take a breath and focus on executing. It was a blessing in disguise for me.”

Sutej will be the first vaulter among a field of six women with competition starting at 10:50 a.m. (CT). The field includes all three medalists from Tokyo – Katie Nageotte, Anzhelika Sidorova, and Holly Bradshaw. Representing Slovenia in Tokyo, Sutej placed fifth.

The 100m hurdles, set for 12:46 p.m. (CT), includes Chadwick among a field of nine entrants along with Tokyo bronze medalist Megan Tapper of Jamaica.

Little races among an eight-person field in the 400m hurdles, scheduled for 2:25 p.m. (CT). Included in the field is Tokyo bronze medalist Femke Bol of the Netherlands, who claimed four Diamond League meets in 2021 with Little runner-up in three of those races.