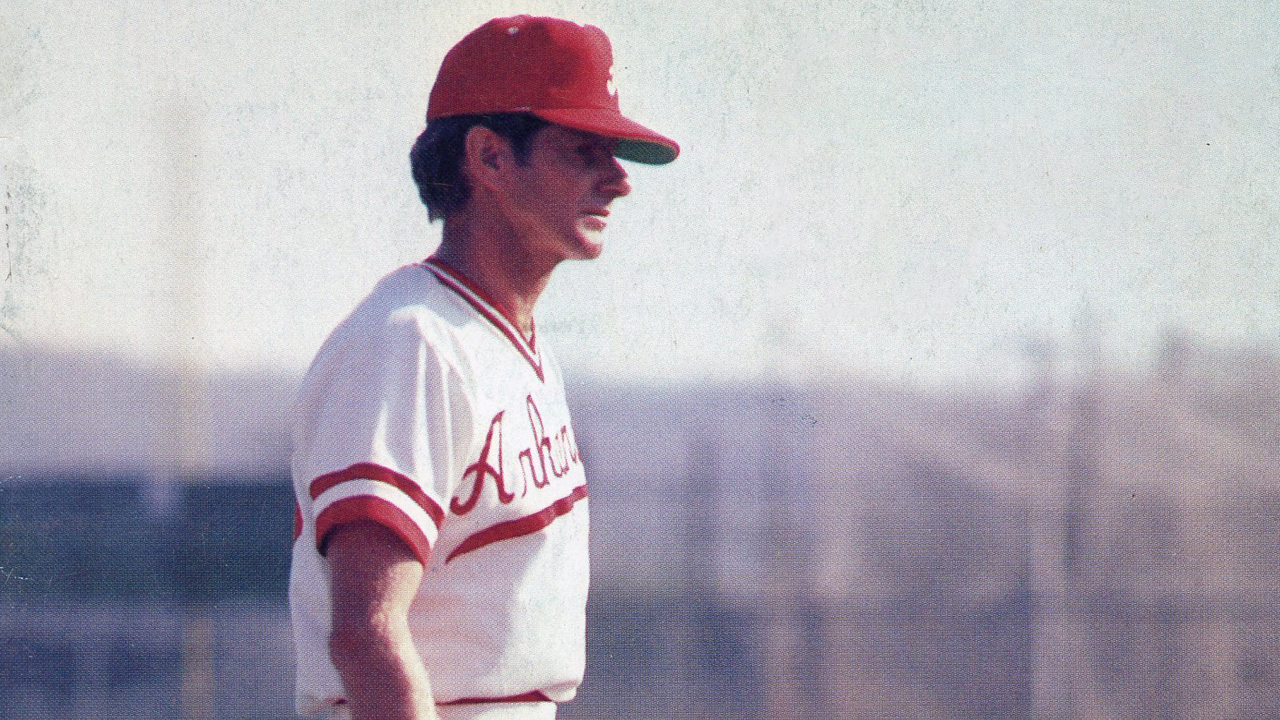 In 1979, Arkansas baseball reached the pinnacle of college baseball, the College World Series, for the first time in program history and came two runs shy of a national title in its first crack at it.

It was former head coach Norm DeBriyn’s 10th team since taking over the Arkansas baseball program in 1970. That team was led by All-SWC selections Steve Krueger, Johnny Ray and Ed Wallace, as well as All-American catcher Ronn Reynolds, three of whom went on to play in the major leagues.

The Razorbacks blazed through the schedule into the middle of April, putting together a whopping 34-6 record through 40 games, one of the best marks in school history.

Arkansas not only finished second in the Southwest Conference with a 19-5 record that year, but also made a spectacular run through the NCAA Regionals to reach its first College World Series, finishing as the National Runner-Up to Cal State Fullerton, an accomplishment that still stands tied for the best national finish in school history.

The Hogs rolled through the NCAA East Regional in Tallahassee, Florida, with wins over George Washington (12-1), Florida (9-1) and Delaware twice (8-6 & 4-3) to secure their bid at the CWS.

In Omaha, Arkansas opened with a tough game against Pepperdine, taking the opener, 5-4, before cruising past Arizona (10-3) and Arizona (9-4) before facing Fullerton. Unfortunately, the Hogs would drop both games, 13-10 and 2-1, to end their season with a runner-up finish and an overall record of 49-15, the third-highest win total in program history.

The 1979 College World Series appearance was a culmination of hard work and dedication by DeBriyn to not only revive the Arkansas Baseball program, but to make it one of the most competitive teams in the SWC and the nation. A task he was able to achieve in his 32 years as Razorback head coach.