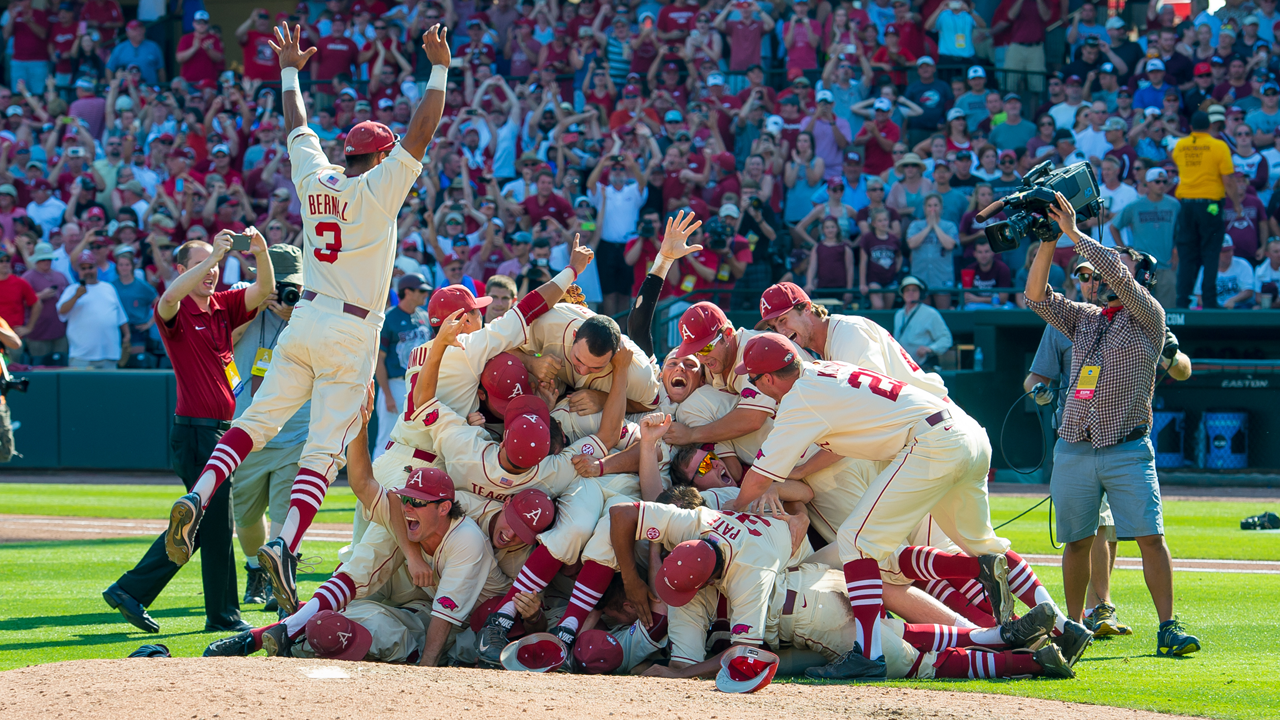 The eighth overall College World Series berth at Arkansas and fourth under head coach Dave Van Horn was made possible by a strong second half of the 2015 campaign.

It was headlined by one of the greatest individual performances ever by an Arkansas baseball player.

Outfielder Andrew Benintendi became the first Razorback to win the Golden Spikes Award given to the national player of the year. The sophomore wowed the crowds at Baum Stadium as he became just the third player in SEC history to lead the league in home runs (20) and batting average (.376).

With the help of Benintendi, Arkansas had an improbable run culminating in one of the most memorable seasons in Razorback history. Entering April at 14-14, Arkansas went on a tear, going 21-8 in its final 29 games and earned a two-seed in the NCAA Tournament.

After going 2-2 in the SEC Tournament, the Hogs became one of five teams in the country to advance to 14 consecutive NCAA Tournaments, claiming the No. 2 seed in the Stillwater Regional hosted by Oklahoma State.

In what is likely Van Horn’s best coaching job in his 27-year career, the Razorbacks went 3-0 in the Stillwater Regional and came back home to host the second Super Regional in program history, knocking off Missouri State in three games for the most improbable College World Series appearance in Arkansas’ storied history.

The Razorbacks split the first two games of the Fayetteville Super Regional setting up a winner-take-all third game. Behind a raucous and stadium-record crowd of 12,167 fans, first team All-SEC closer Zach Jackson took the mound with a one run lead and 11 outs standing between the Razorbacks and Omaha. Jackson retired 11-straight, including a series-ending strikeout that sent Baum Stadium into hysteria and the Razorbacks to the College World Series for the third time in the past seven years.

Van Horn made his sixth trip to Omaha, including his fourth as the Razorback skipper. He currently has the most College World Series appearances among all active head coaches in the SEC.

During the run to Omaha, Benintendi put together arguably the finest season in Razorback history. Benintendi became the first Arkansas player to win the Golden Spikes Award, given annually to the nation’s best amateur player. He also won the Dick Howser Trophy and was named Baseball America Player of the Year and Collegiate Baseball Player of the Year as the nation’s best collegiate player.

Benintendi became just the third player in SEC history to lead the league in home runs and batting average as he joined Rafael Palmeiro (Mississippi State, 1984) and Jeff Abbott (Kentucky, 1994) as the only players in conference history to accomplish the feat. He became the first player in school history to lead the nation in home runs (20) and became the first Division I player since 2009 to hit 20 home runs and steal 20 bases in one season. His historic season was capped by being selected No. 7 overall by the Boston Red Sox in the 2015 MLB Draft, the highest a Razorback has been drafted since Jeff King went No. 1 overall in 1986.

The 2015 Razorbacks finished 40-25, the sixth time in the past seven seasons that Arkansas won 40 or more games. Four players were selected in the MLB Draft, including Benintendi, and four Razorbacks earned conference honors. Benintendi was named the SEC Player of the Year while relief pitcher Zach Jackson was named First Team All-SEC, third baseman Bobby Wernes earned SEC All-Defensive Team honors and right-handed pitcher Keaton McKinney was named to the SEC All-Freshman Team.

The Razorbacks finished 2015 at No. 2 in the country in average attendance for the third straight year with 8,290 fans per game. The 12,167 fans that attended the June 6 Super Regional game against Missouri State was the largest crowd in stadium history and the third-largest Super Regional crowd in NCAA history. Arkansas also set school records for actual attendance and tickets sold for a single game during the 2015 season. 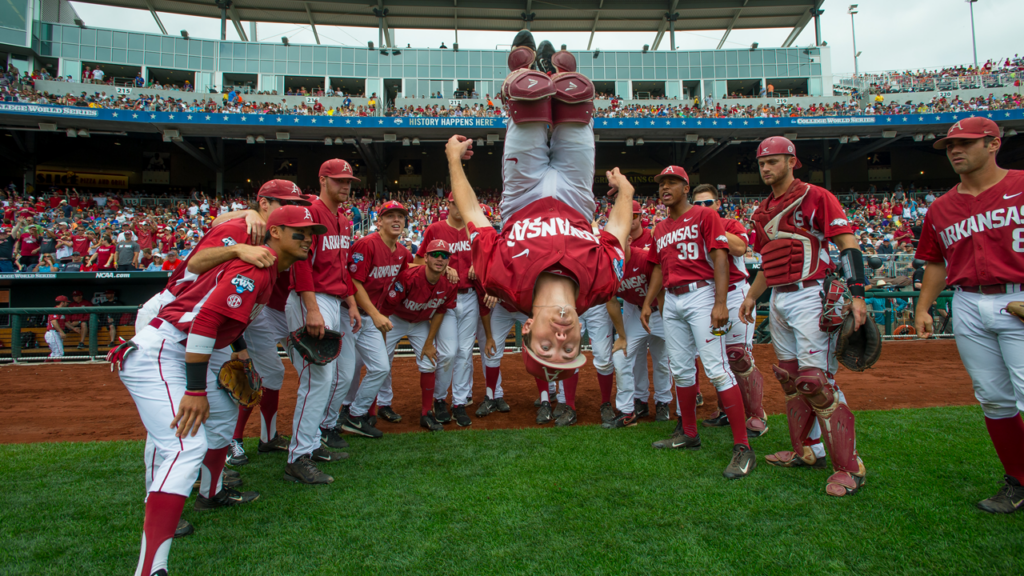