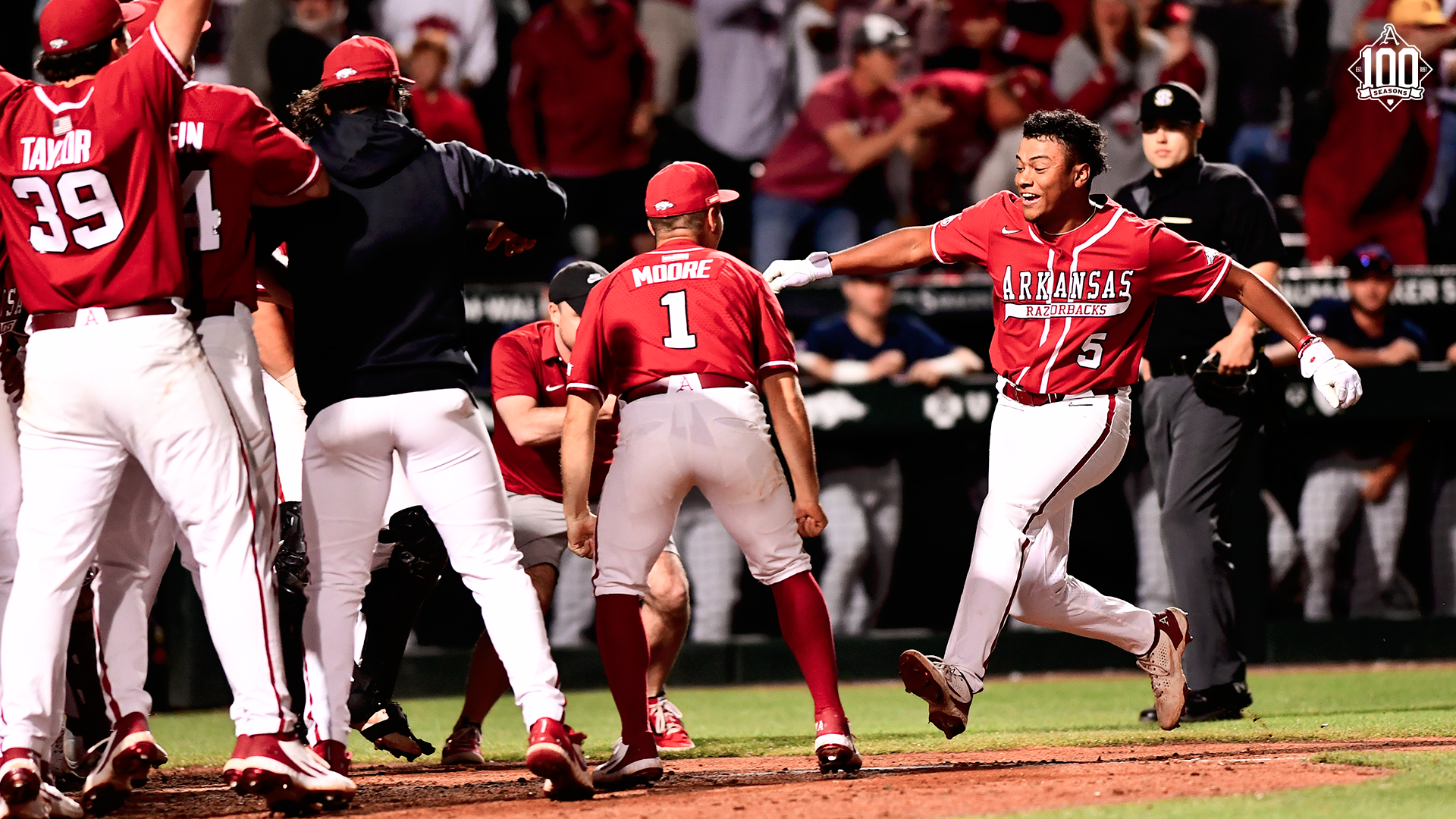 Saturday night’s win evened the series at one game apiece. Arkansas will go for its first home series win against Ole Miss since 2015 in tomorrow’s finale, which will air on ESPN at noon with Tom Hart (play-by-play) and Kyle Peterson (analyst) on the call.

With one out and two runners on in the bottom of the ninth, Diggs hammered a 3-2 pitch from Ole Miss reliever Jack Dougherty over the wall in right for the walk-off win. The true freshman, who was starting his first SEC game since March 27 at Mizzou, finished his night with a team-leading three RBI.

All six of Arkansas’ runs on Saturday night came via the home run. Brady Slavens hit his 11th of the season in the bottom of the first, giving the Hogs an early 1-0 advantage.

Trailing by a run in the bottom of the fifth, Braydon Webb kept pace with Slavens by popping his 11th long ball of the year. Webb’s two-run shot gave Arkansas its second lead of the night, which would hold up until the eighth inning.

After Smith had departed, Ole Miss loaded the bases with nobody out in the top half of the eighth. The Rebels would only scratch out one run, however, as Brady Tygart (2.0 IP, 2 SO) emerged from the bullpen in relief of Evan Taylor (1.0 IP, 1 SO) to silence the threat.

Tied at three entering the bottom of the ninth, Jace Bohrofen’s single and Webb’s walk brought Diggs to the plate with one out. The true freshman did not disappoint, delivering the game-winning dinger to end the night.

Tomorrow’s series finale between the Hogs and Rebels will televise nationally on ESPN. It is the only scheduled ESPN appearance for an SEC baseball game during the 2022 season.