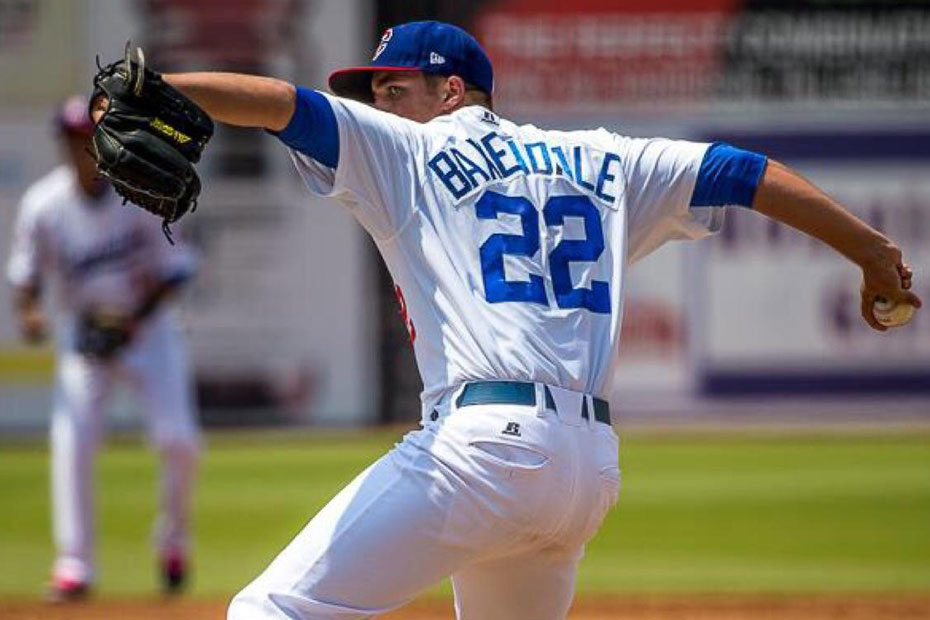 Down on the Farm: Baxendale Makes Big Move

FAYETTEVILLE, Ark. – As the summer moves along, so does the major league and minor league baseball seasons. Many leagues are nearing their respective all-star breaks and a few former Razorbacks in the minors will be taking part in various all-star games after stellar first halves of the season.

Bernal is having one of the better starts out of the newest crop of Hogs in the pro ranks as he is hitting .292 through seven games in the Arizona League with four of his seven hits as doubles and 1 home run.

One of the biggest movers this month has been former Hog hurler D.J. Baxendale. Drafted by the Minnesota Twins in the 10th round of the 2012 draft, Baxendale started his year with Double A Chattanooga. After spending all of 2015 with the Lookouts, winning 7 games and posting a 3.80 ERA, Baxendale nearly matched his totals in 2016 after just half a season.

With 6 wins under his belt through 14 games and a 3.44 ERA, the Arkadelphia, Arkansas, native got the call to Triple A Rochester.

Right before his call up to Triple A, Baxendale was named a Southern League All-Star for the second consecutive season. Playing for the North All-Stars, he faced and retired two batters on a ground out and a line out.

RHP D.J. Baxendale has been transferred to @RocRedWings from Double-A Chattanooga. 6-7 with a 3.44 ERA in 14 starts for the Lookouts in ’16.

Baxendale wasn’t the only former Hog to make a Southern League All-Star roster. Pitcher Barrett Astin made the South Division roster after a strong first half to his season. Pitching for the Pensacola Blue Wahoos from the Cincinnati Reds organization, Astin has five wins on the year and a 3.26 ERA with 43 strikeouts and is on pace for his best year as a professional.

Below is a full list of former Razorbacks that have been named all-stars of their respective leagues this season. The New York/Penn and Northwest/Pioneer Leagues will name their all-star rosters later this summer.

Check back throughout the summer on ArkansasRazorbacks.com as we provide the most up-to-date information on when and where the Diamond #ProHogs are playing.