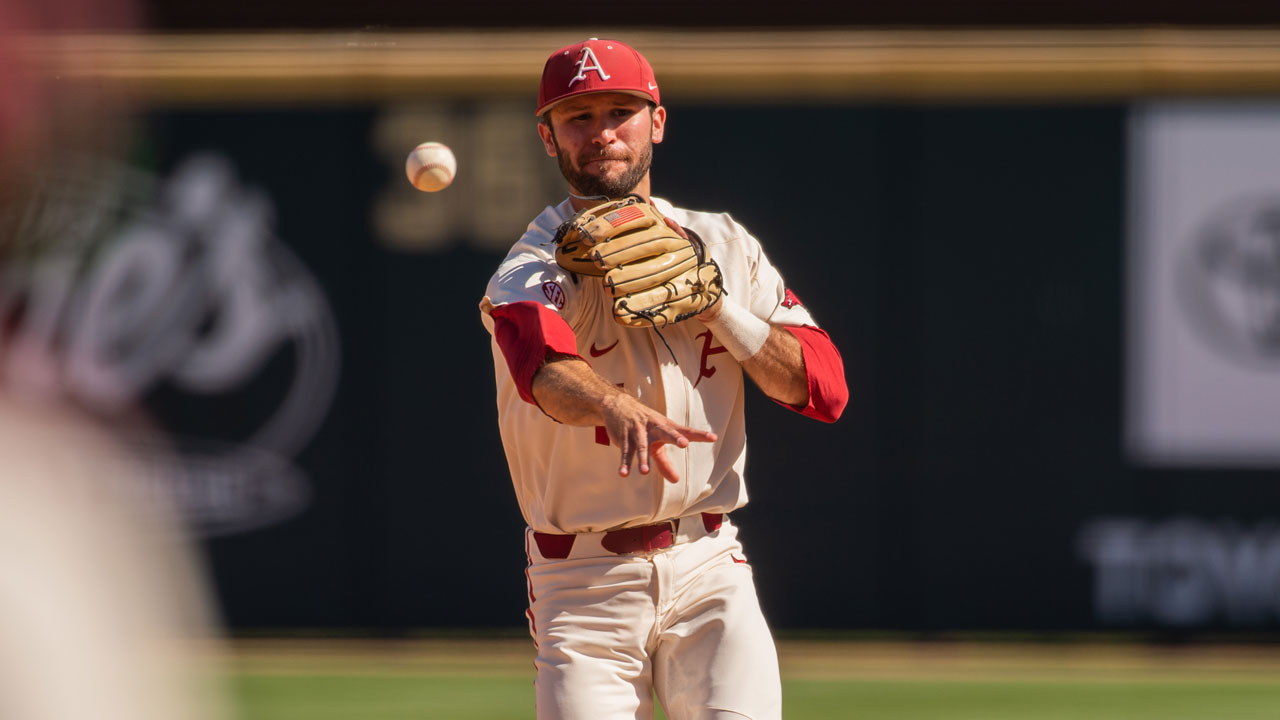 With now six picks through two days, Arkansas has had 94 players drafted with head coach Dave Van Horn at the helm dating back to 2003. Kenley is the first infielder taken by the Tigers since Dominic Ficociello in 2013 and the seventh infielder taken in the last six years. There have been 13 pitchers selected in the last three years as Isaiah Campbell and Blaine Knight have both been selected twice over consecutive drafts.

Cronin, an All-SEC pick this year, has evolved over the last two seasons as one of the premier relief pitchers in the nation. Following up his record-breaking campaign from a year ago, Cronin has racked up 12 saves in 23 appearances, good for second most in the SEC and 22nd in the nation. In his career, Cronin has 27 saves, which are the second most in Arkansas history behind Philip Stidham, who notched 33 from 1989-91.

Kenley has made one of the biggest jumps of a position player on this year’s Razorback team, hitting .324 over 61 games with 12 home runs and 50 RBIs. Over his previous two seasons, Kenley combined to hit just .190, but now has career-bests in average, runs scored (53), hits (71), doubles (10), triples (4), walks (40), home runs and RBIs. This year, Kenley is second on the team with 23 multi-hit games and third with 13 multi-RBI games. He’s also second on the team in home runs after not hitting one in his freshman or sophomore seasons.

Kostyshock became one of the top MLB prospects entering his junior year and has become one of Arkansas’ top bullpen arms in 2019. Kostyshock has a 2.89 ERA in 28 innings with just nine earned runs allowed and 29 strikeouts. Opponents are hitting just .200 against him and his velocity has risen as high as 96. Last week in the NCAA Regional Final against TCU, Kostyshock pitched the final 1.1 innings and struck out three of the final four batters he faced.

Scroggins is another reliable arm that Arkansas has been able to use out of the bullpen extensively this year. In 16 appearances, Scroggins has a 4.19 ERA with seven starts and two victories. In 43 innings, Scroggins has allowed 20 earned runs and struck out 53 batters, tying for the most among all Razorback relievers. Scroggins, a Bentonville, Arkansas native originally signed with Arkansas in 2015 as an infielder and spent the majority of his freshman season at third base. However, with Arkansas in need of pitching in 2016, Scroggins was converted to a full-time pitcher and never looked back.

In his career, Scroggins has racked up 39 appearances with a 4.34 ERA and has 73 strikeouts, while holding opponents to a .227 average. Earlier this year, Scroggins made his first career start, going 3.2 innings at USC, striking out eight. Two weeks later, he struck out a career-high 11 in a six-inning start against Louisiana Tech.