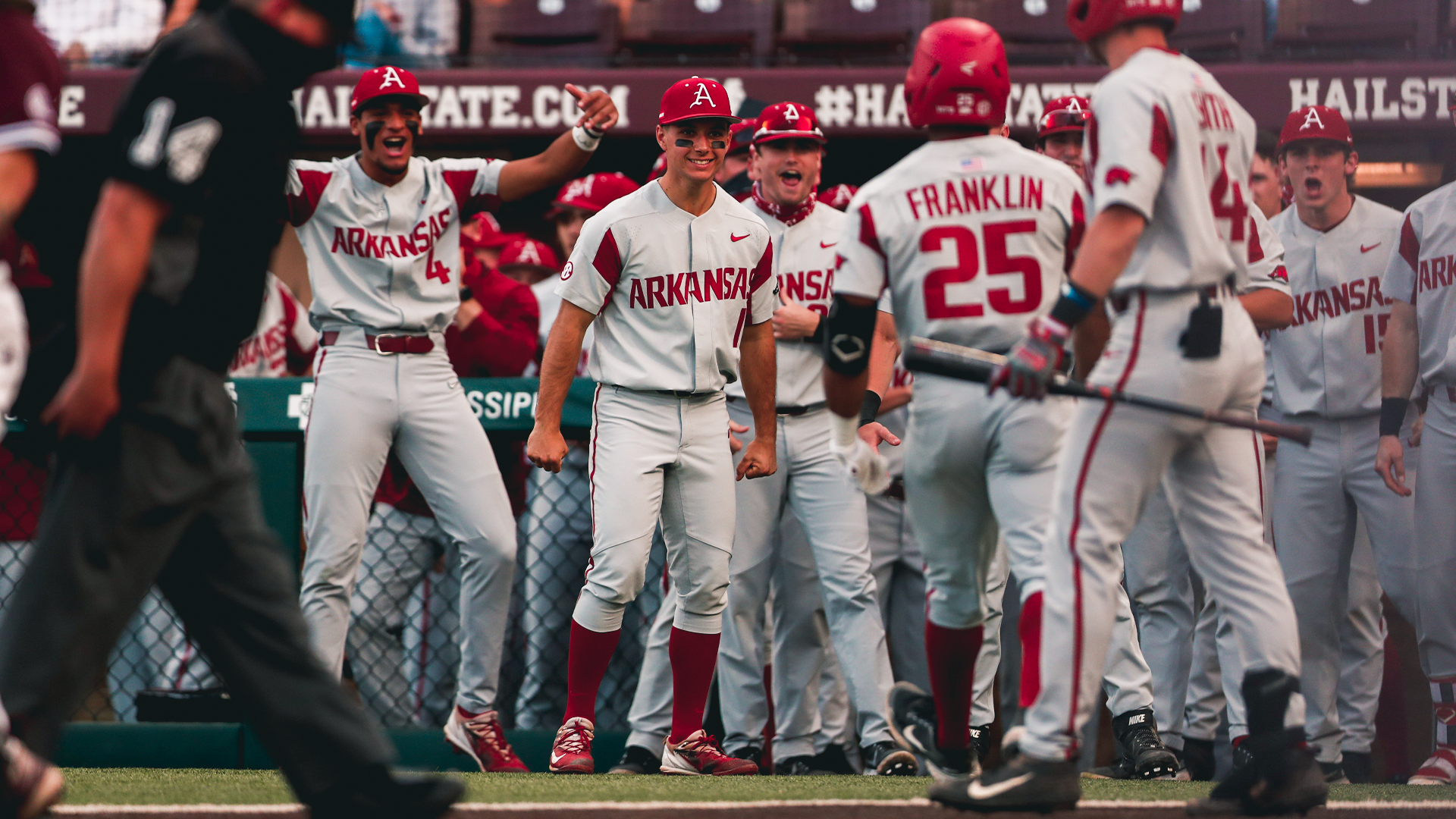 STARKVILLE, Miss. – In the most anticipated college baseball matchup of the young season, Arkansas lived up to the hype and then some.

The Razorbacks burst out of the gate with three solo shots in the top of the first inning, sucking the energy out of a packed Dudy Noble Field from the get-go in a convincing 8-2 win against Mississippi State on Friday night. Matt Goodheart and Cayden Wallace went back-to-back before Christian Franklin launched his first of two homers on the evening as the Hogs scored three runs in the first and never looked back.

Arkansas, Baseball America’s No. 1 team in the country, improves to 17-3 overall and 3-1 in SEC play on the year with the win against the No. 2 Bulldogs. Friday night’s victory is the Razorbacks’ first in Starkville since March 29, 2014.

Patrick Wicklander earned the start and was brilliant in his five innings of work. The lefty kept Mississippi State off balance, allowing only one run on two hits and four walks while striking out three.

The San Jose, Calif., native carried a no-hitter through the first 4.1 innings before giving up a single. His dominance on the mound coupled with the Razorback offense was more than enough.

Ahead 3-0 in the top of the fourth, Arkansas added two more runs to extend its lead to five. Franklin’s second solo shot of the ballgame, which was crushed over the wall in left field, led off the inning before Robert Moore’s sacrifice fly drove in one.

The Bulldogs closed their deficit to four in the bottom half of the fifth, but the Hogs had more runs left in the tank. A two-run seventh inning was powered by Goodheart and Brady Slavens, who both singled in base runners to extended Arkansas’ lead to six.

By then, Wicklander’s night was done. Peyton Pallette entered in the top of the sixth and retired the first eight he faced while striking out one along the way.

After Slavens’ second RBI single of the night in the top of the ninth grew the Hogs’ lead to seven, Pallette came back out for the bottom half of the inning and closed out the game.

The righty locked down Arkansas’ 8-2 win and earned his second career save in the process, striking out two in four innings while allowing a run on two hits and a walk.