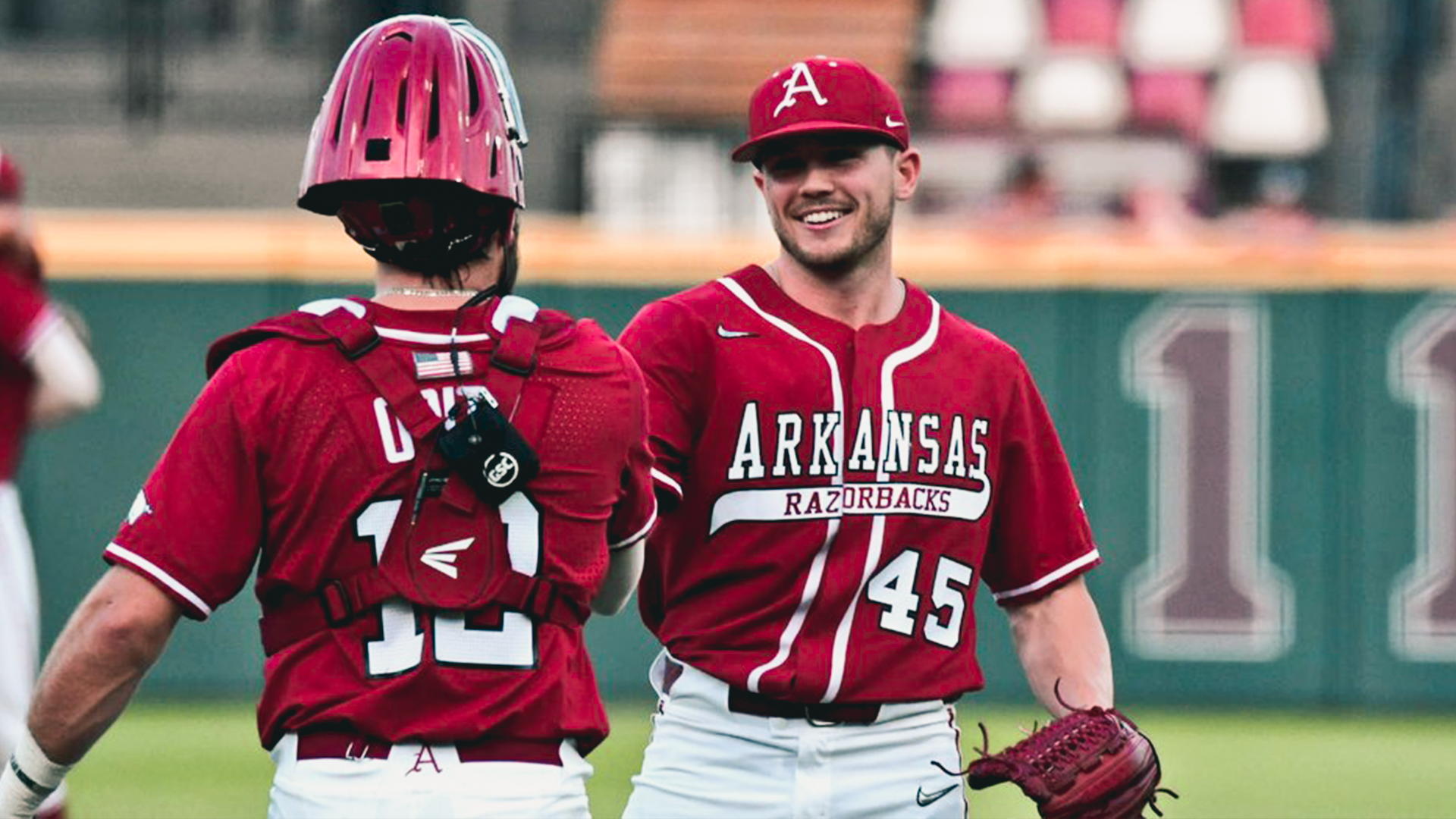 The Razorbacks have marched into Dudy Noble Field and won their first SEC road series of the season, clinching the three-game weekend set with an explosive 11-5 rain-interrupted win on Saturday afternoon. Christian Franklin continued his tear, launching one of the Hogs’ four homers and powering the offense to its fifth double-digit scoring output of the year.

Arkansas’ bullpen, meanwhile, was dominant in relief of starter Zebulon Vermillion. Caleb Bolden, Caden Monke and Kevin Kopps combined to allow one run on three hits and a walk while striking out nine over 5.2 innings.

Kopps earned his second save of the season, punching out seven in his four shutout frames.

The Razorbacks, Baseball America’s No. 1 team in the country, improve to 18-3 overall and 4-1 in SEC play on the year with the win against the No. 2 Bulldogs. Saturday’s series-clinching victory marks the first time since the 2012 campaign that Arkansas has won a road set in Starkville.

Arkansas fell behind 3-0 early, but there were plenty of runs to come. The Hogs scored one in the top of the third, taking advantage of an error in center field to cut the deficit to two.

When Mississippi State re-extended its lead to three in the bottom of third, the Razorbacks came back with four in the top of the fifth. Braydon Webb’s one-out homer set the stage for Franklin’s two-out, three-run blast, which put Arkansas up, 5-4.

The Bulldogs tied the game at five, but the Hogs kept coming. Cullen Smith and Matt Goodheart each homered in the top of sixth, pouring on three runs to open an 8-5 advantage.

Although a 75-minute rain delay wreaked havoc in the seventh, Arkansas did not skip a beat. The Razorbacks tacked on two more runs in the top half of the inning when play resumed and one more in the ninth, putting the game away for good.

Monke, who struck out both batters he faced in his two-thirds of an inning, earned his third win of the year.

Arkansas goes for the sweep tomorrow afternoon, hoping to do so in Starkville for the first time since the 2010 season. First pitch in the finale against Mississippi State is set for 2 p.m. on the SEC Network with Tom Hart (play-by-play) and Kyle Peterson (analyst) on the call.