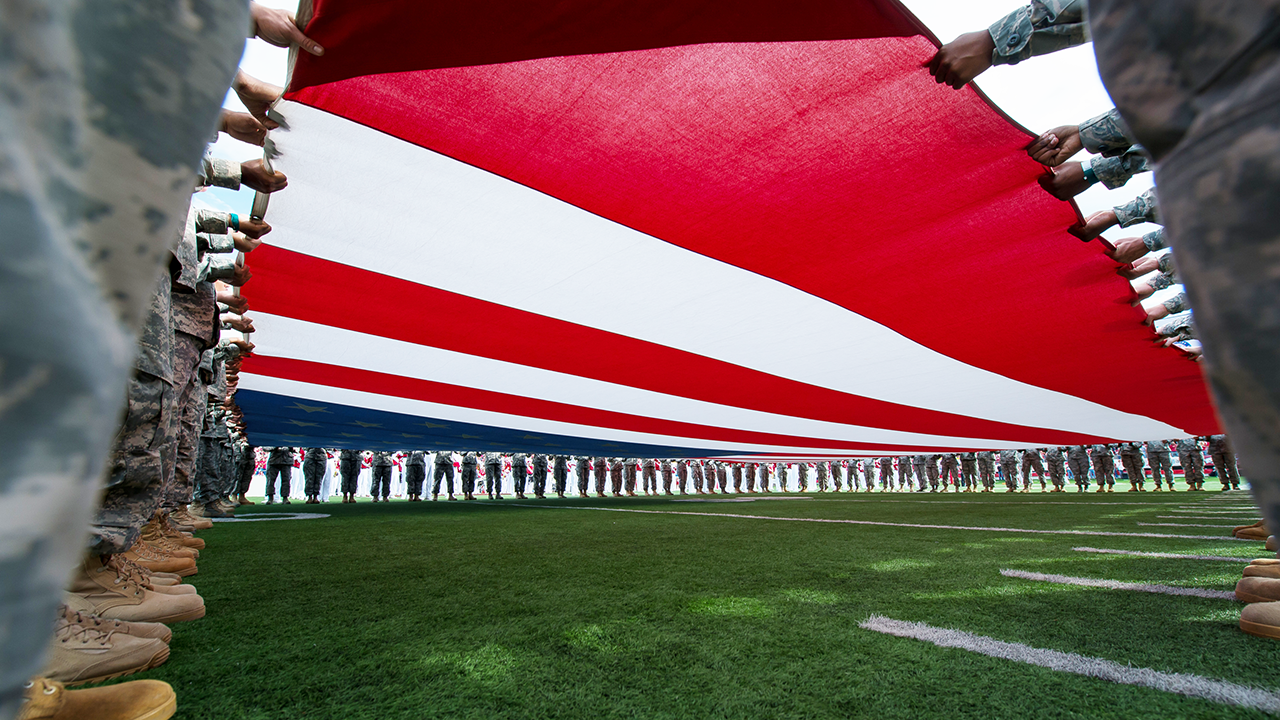 From the Desk of Hunter Yurachek: Sep. 8

From Hog Town to the Hog Walk, the Razorback Band and Spirit Squads to the nation’s most beloved mascot Tusk V, it was great to have our fans back at Donald W. Reynolds Razorback Stadium for the football season opener. Coach Sam Pittman and the football team delivered a strong second half showing on the way to a 38-17 win over the Rice Owls.

Now it is time to officially turn the page to a game that Razorback fans have been anticipating for months and even years. The Texas Longhorns are headed to Fayetteville this weekend and all seats are officially sold and accounted for. For the first time ever, we will have a standing room only section on the north end zone deck. A limited number of standing room tickets remain as of Wednesday morning and may be purchased online at ArkansasRazorbacks.com.

We will also be commemorating the 20th anniversary of a day that changed our nation forever, September 11, 2001. We are grateful for all those who have and continue to serve our nation in the military or as first responders.

It will be a busy weekend on the Hill as we celebrate the 150th anniversary of the University of Arkansas with a number of Come As You Arkansas events throughout the weekend. In addition, we will host two national college football pre-game shows broadcasting from campus, with the full SEC Nation show (Lot 44 north of Razorback Stadium) being televised from 9-11 a.m. on Saturday. In addition, the Fox Big Noon Kickoff College Football Bus Tour will be on campus with television segments during the pre-game show originating from The Gardens.

Few reminders before you head to the game Saturday: 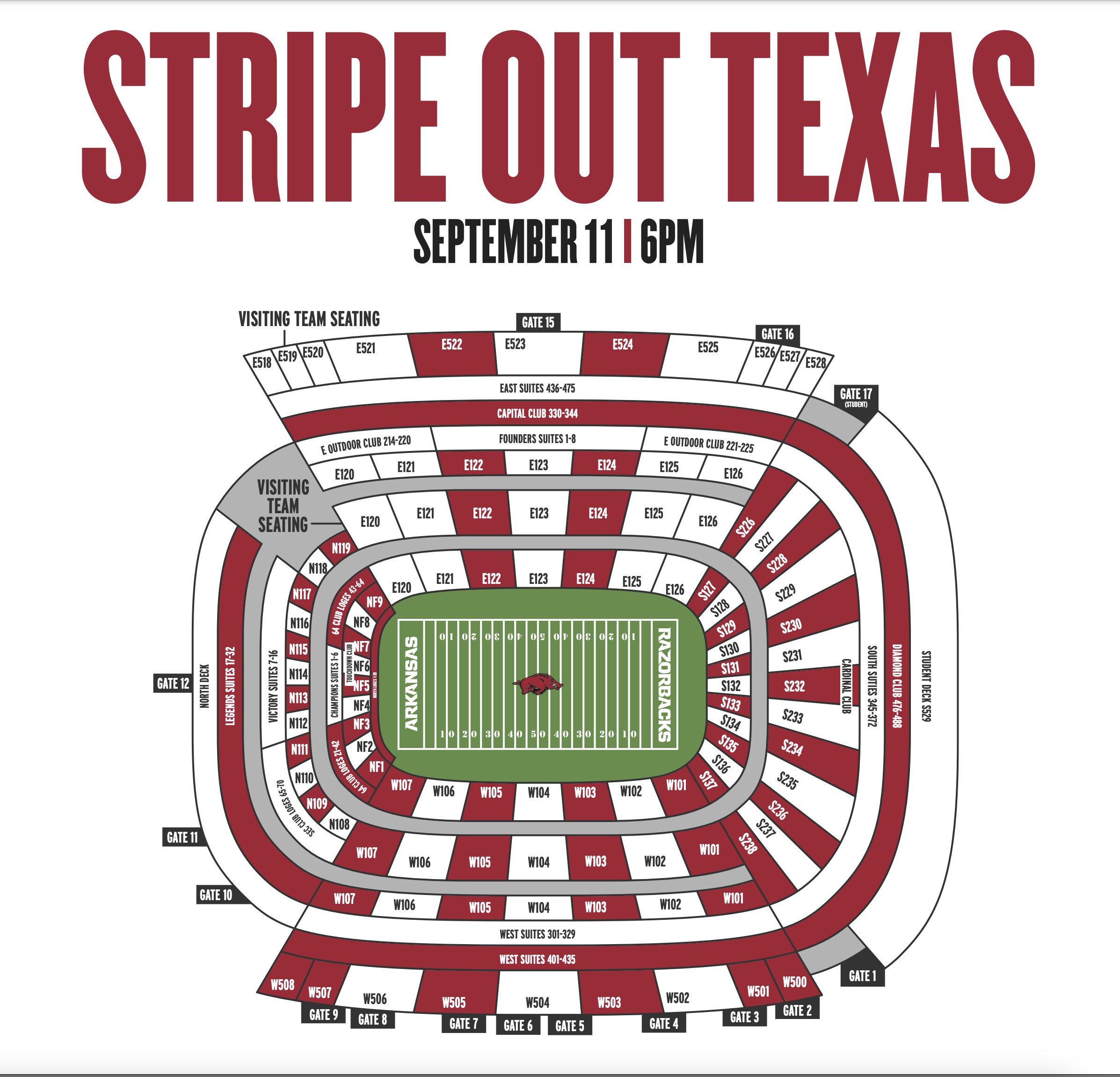 On a Roll
The Razorback volleyball team is off to a hot start this season. Arkansas swept its way through the Bobcat Classic this past weekend, defeating Montana State, Utah State and Portland to take the tournament title in Bozeman, Montana. Razorback Taylor Head was named the tournament MVP.

Arkansas (5-1) is back on the court this weekend at the Tulsa Invitational on September 10-11. The Razorbacks will take on Oral Roberts and Tulsa on Friday before taking on Stephen F. Austin on Saturday. 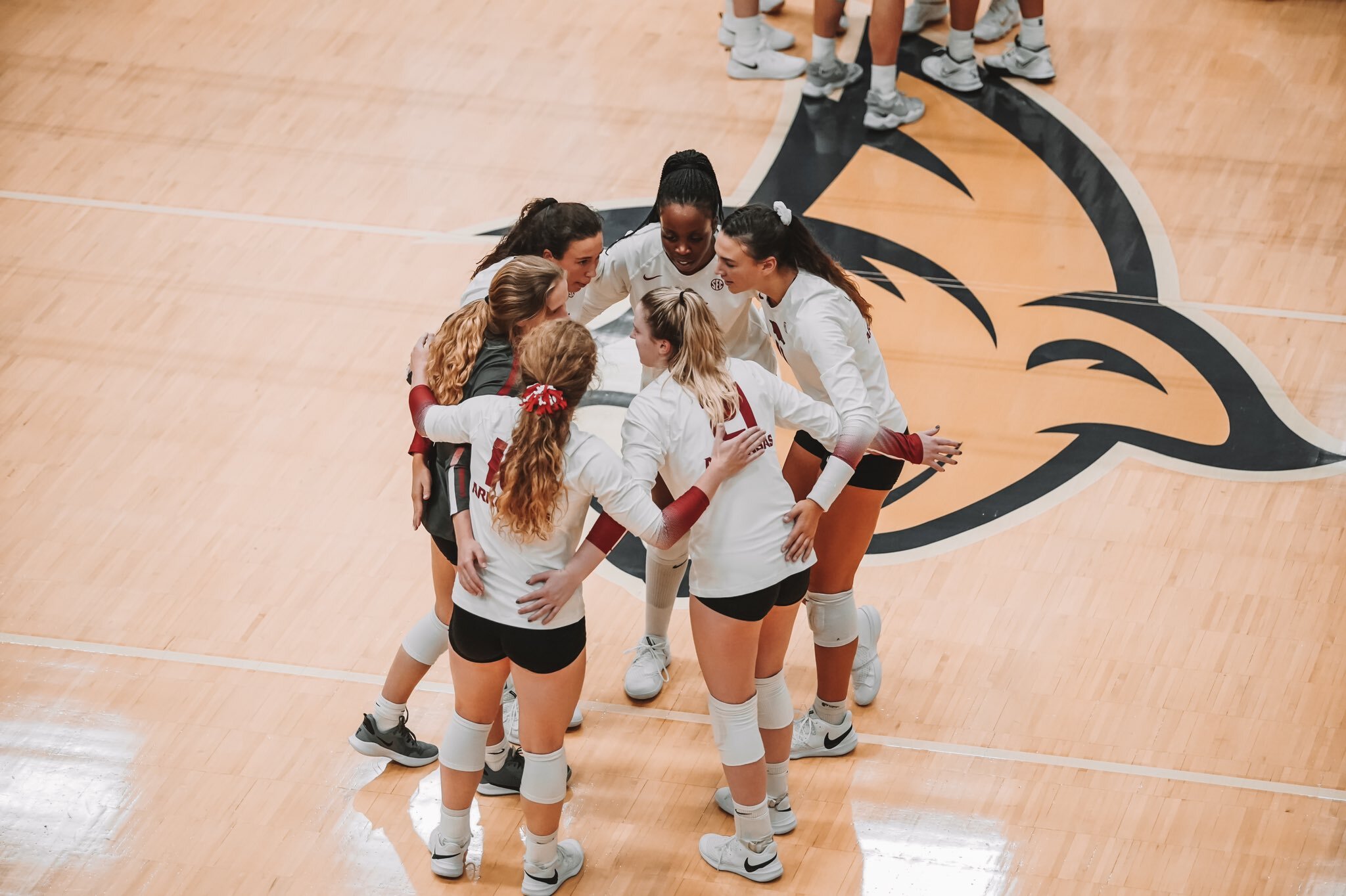 Racking Up Some Goals
After two challenging road games against top 10 ranked opponents to start the season, the Razorback soccer team returned home and found its groove in wins over BYU and Stephen F. Austin. On August 30, Arkansas took down No. 24 BYU 2-0 at Razorback Field. On Labor Day, the Razorbacks made it two in a row with a convincing 6-1 win over Stephen F. Austin.

The two-time defending SEC champions will travel to San Antonio, Texas this weekend to take on Eastern Washington and Lamar on Friday and Sunday, respectively. Arkansas opens SEC play at Razorback Field on Friday, September 17 vs. Tennessee (7 p.m.). 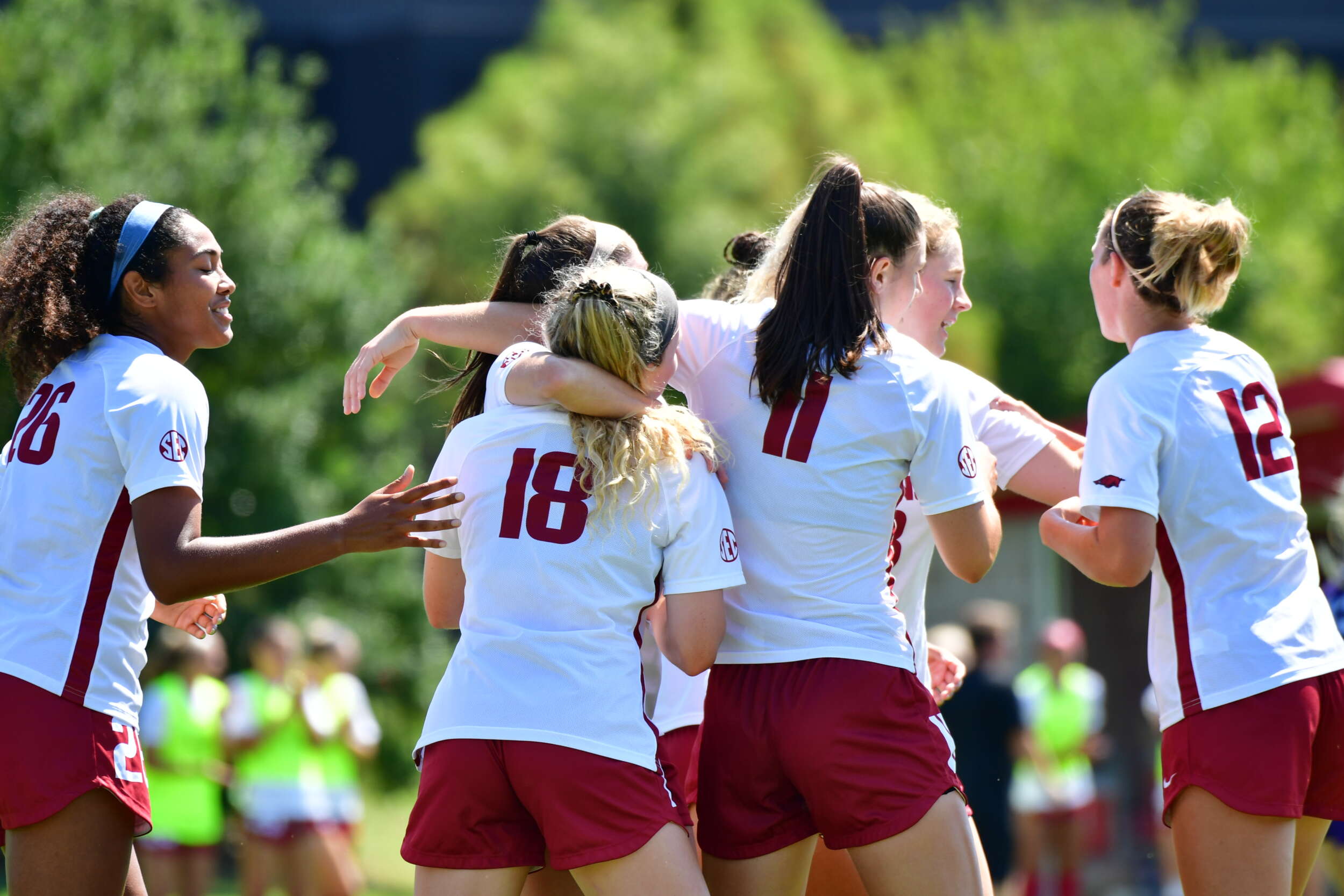 The Razorback women’s team swept the top five individual places, earning a perfect score of 15 to take the women’s title. Lauren Gregory crossed the line first for the Razorbacks. 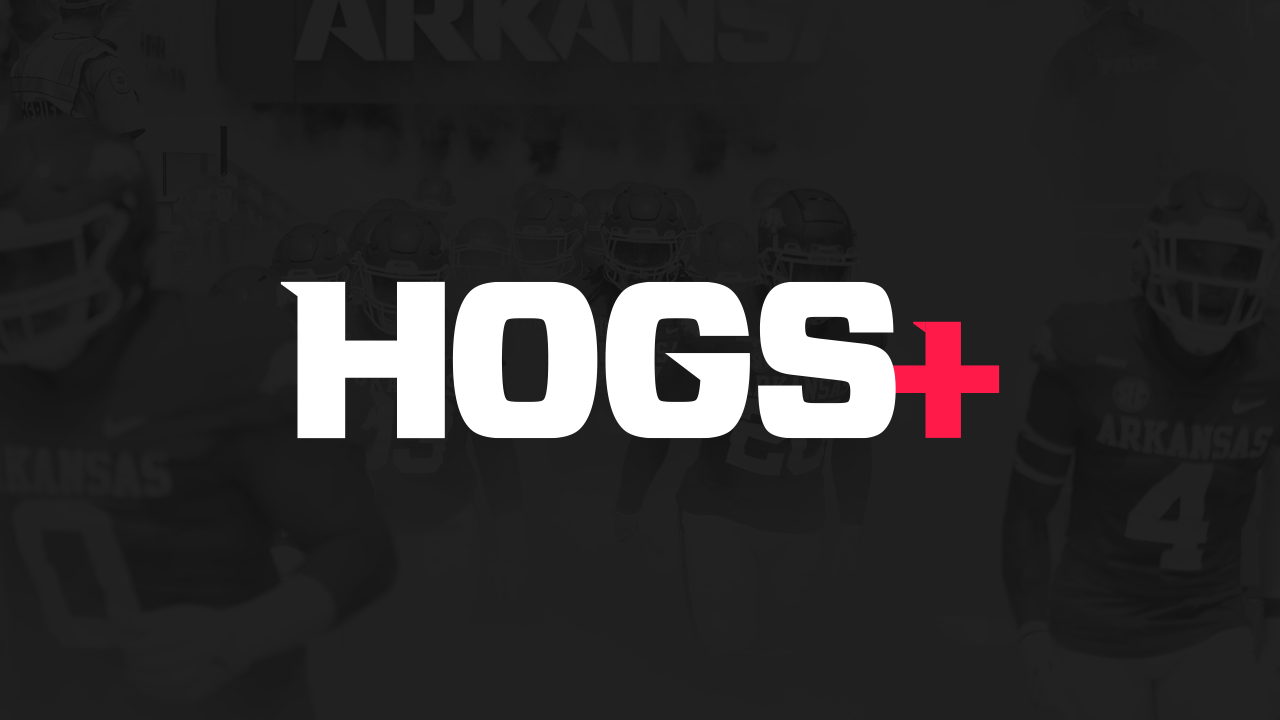 Introducing HOGS+
Arkansas Athletics is partnering with Sport & Story to launch Hogs+, a subscription-based content streaming network that is set to launch Friday, Sept. 10 on arkansasrazorbacks.com and the newly relaunched and redesigned Arkansas Razorbacks app.

Hogs+ will feature exclusive content that will take Razorback fans behind the scenes with their favorite teams, student-athletes and coaches. Along with entertaining content, Hogs+ members will also automatically become Razorback Foundation members, receive discounts on Razorbacks merchandise plus many other benefits.

To sign up for an annual Hogs+ membership (pay up front or monthly for $7.99 per month) fans can visit hogsplus.com starting Friday, Sept. 10.

Other Items Worth Noting…..

It is a big week on our campus. I hope you will join us in Fayetteville. If not, tune in on Saturday night at 6 p.m. on ESPN for the Hogs and the Horns!!