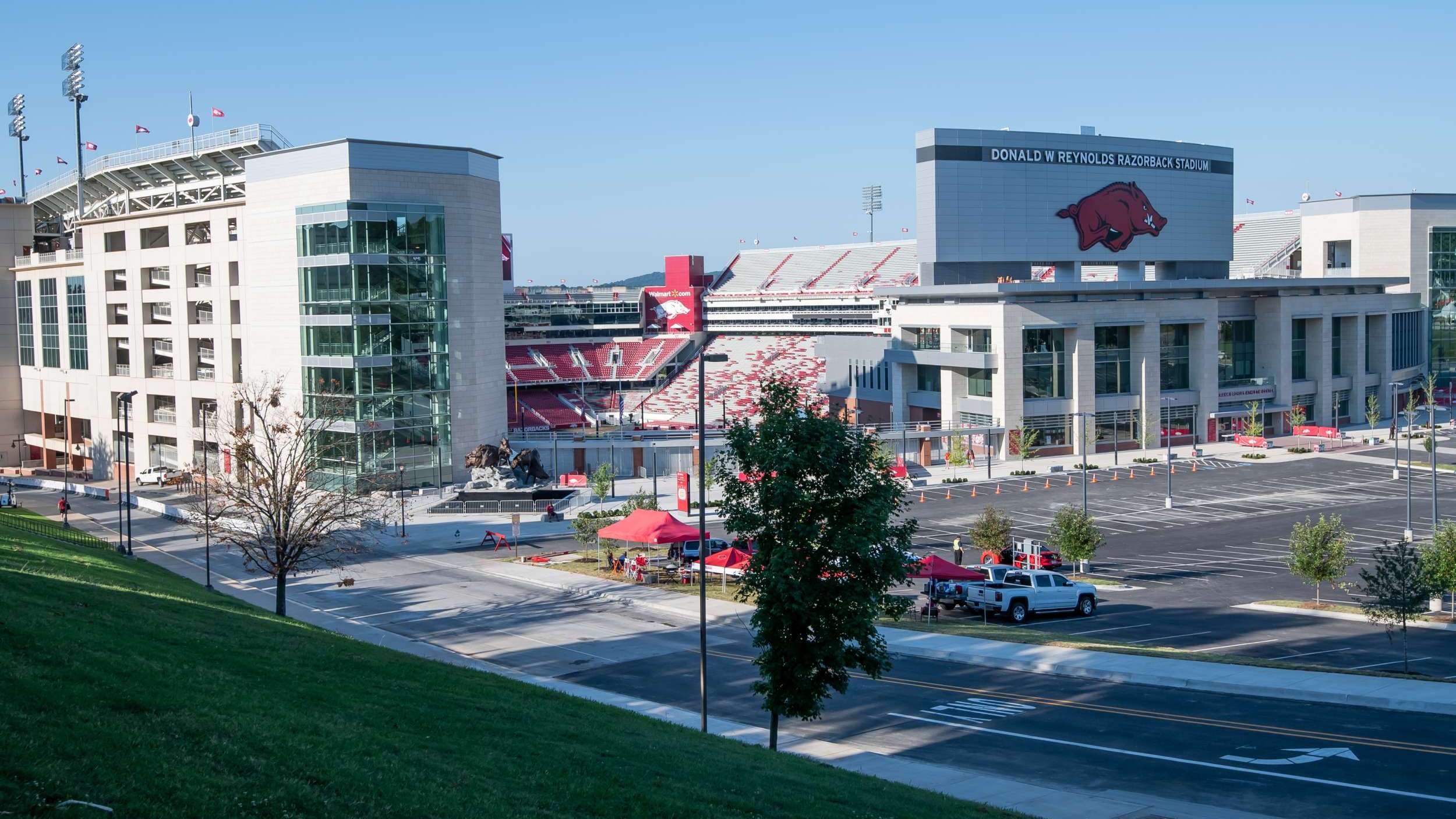 Get Connected With Razorback Football in 2019

FAYETTEVILLE, Ark. – When fans visit Donald W. Reynolds Razorback Stadium this season, they will have a variety of new ways to engage with the action on the field, in stadium entertainment and social media platforms, all while staying connected with family and friends at the stadium and beyond.

It is all made possible by a new comprehensive stadium-wide Wi-Fi system installed at Donald W. Reynolds Razorback Stadium for the 2019 season. The increased connectivity will assist in the roll-out of new features on the Razorback Gameday App, providing fans even more pertinent information at their fingertips. The Wi-Fi network, including real-time measurements of usage and efficiency, will be monitored during games. Adjustments and necessary enhancements will be made to the network throughout the season in an effort to maximize performance. To access the free Wi-Fi, fans will simply need to logon to the stadium’s network, complete a short registration and then they will be ready to go.

Thanks to new capabilities provided by the stadium-wide Wi-Fi coverage, Razorback Athletics will introduce a series of interactive opportunities for fans attending the game, including new technology that will create a more immersive and interactive atmosphere for fans through personalized digital experience and engaging in-stadium entertainment. Through the use of augmented reality and predictive gaming technology, fans will have the ability to participate in a variety of engagement options by utilizing the Razorback Gameday App, including light displays during night games, interactive gaming for prizes on their own individual devices, a digital t-shirt cannon and much more.

Looking for a big way to wish a family member or fellow Razorback fan a Happy Birthday? We have you covered with the largest digital greeting cards in the state. Beginning this season, fans will have the opportunity to submit messages (10 words or less) to be shared on the videoboards during breaks in game action. Fans may submit short announcements to celebrate birthdays, anniversaries and other special occasions.

With more ways to use your Smartphone and digital devices with stadium Wi-Fi, chances are you might need a little boost for your device on your gameday visit to at Donald W. Reynolds Razorback Stadium. Fans can take advantage of eight new charging stations for the 2019 season. The stations are located throughout the stadium near food, drinks and within game sightlines to provide fans a chance to charge up while not missing any of the action.

Efforts to engage fans more this season is not just limited to the digital side. While sponsorship recognitions are an integral piece of Razorback Athletics’ ability to generate financial support for the program without raising ticket prices, traditional on-field recognitions don’t always fit within the flow of the game. Partnering with its multi-media rights holder, Learfield-IMG College, Razorback Athletics has worked to limit the number of traditional in-game on-field recognitions to provide fans with crowd prompts and more engaging activities that increase and maintain energy during the most important parts of the game.

Once again DJ Derrick will be on hand to provide Razorback fans with a full-time, in-stadium disc jockey to play music to get fans of all ages pumped and into the game. In-stadium videoboard hosts will also take fans around the stadium to interact with them and other points of interest during pre-game and in-game breaks in the action on the field.

In an effort to elevate excitement and allow fans to be more involved, enhancements have been made to the pre-game team entry to the field just prior to kickoff. Utilizing backstage cameras and in-stadium cues, fans will be able to follow the team from the time they leave the locker room, go through the Touchdown Club and reach the Hog Pen in the north end zone. When it comes time for the Razorbacks to take the field, new LED lights, strobes, smoke and music will help enhance that special moment when the team “Runs Through the A.”