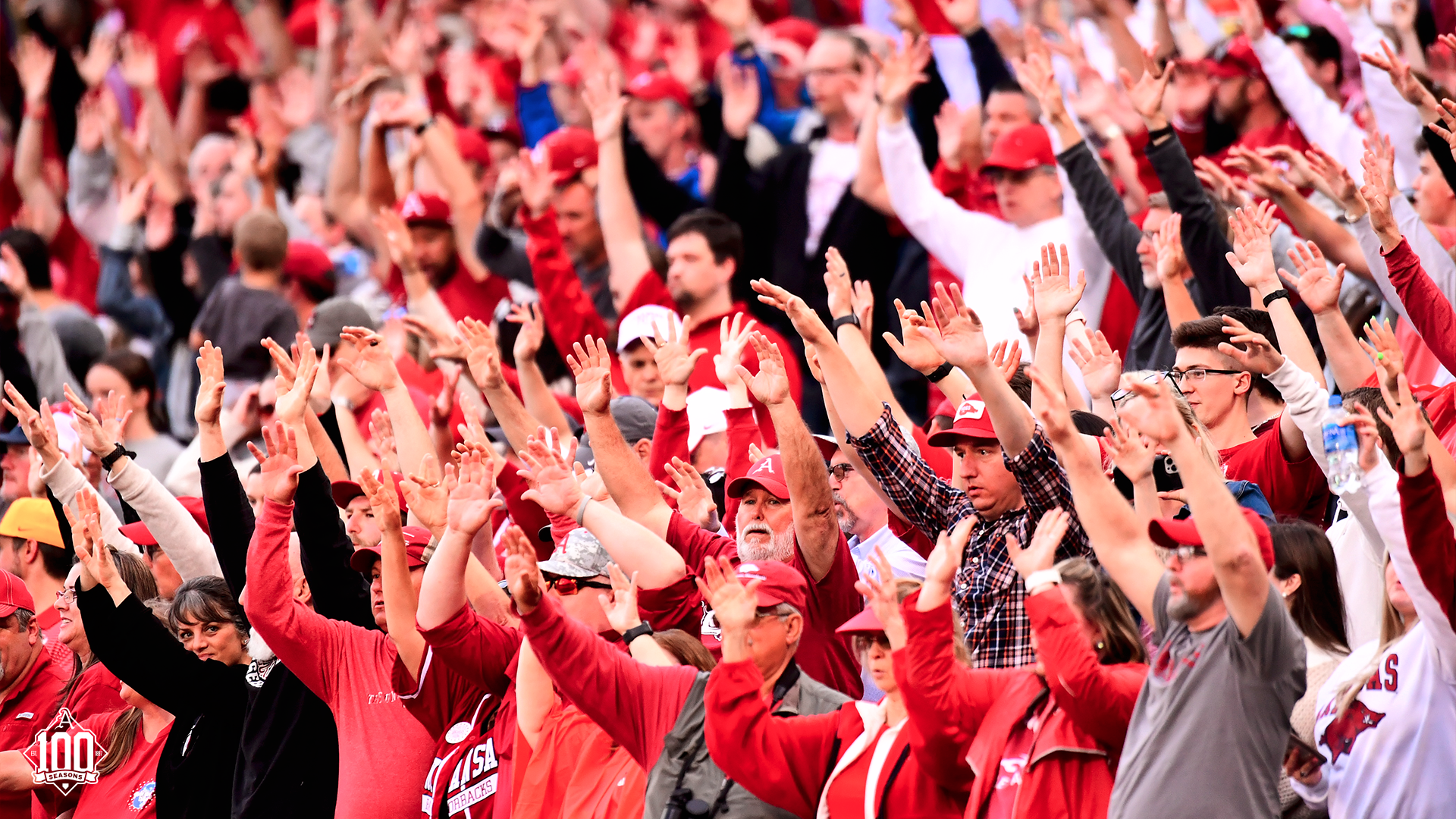 FAYETTEVILLE – With another top-25 SEC matchup on-deck at Baum-Walker Stadium beginning Friday night at 6:30 p.m., fans will be treated to various ballpark promotions over the weekend to put an exclamation point on the 2022 regular season. The weekend features the return of some ballpark staples as well as some Baum-Walker Stadium firsts including a stadium-wide strikeout on Saturday night.

The best Fireworks show in Northwest Arkansas returns to Baum-Walker Stadium on Friday Night as a part of the festivities of the final regular season home series of the year. Catch the series opener vs. Vanderbilt and then stick around for a special postgame show from the RBI Girls and Ribby the Razorback followed by our annual Friday Night Postgame Fireworks Show.

Is there a previous giveaway item you were unable to obtain? If so, be sure to join us at Baum-Walker Stadium on Friday night for Mystery Giveaway Night for your chance to try and secure a former giveaway item. The first 2,000 fans inside the ballpark gates will have the chance to secure a mystery item that includes: Bobbleheads, Pint Glasses, Caps, Posters, and more. Items are limited to one (1) per ticketed fan and are available while supplies last.

The Saturday night primetime match-up with Vanderbilt will feature a Baum-Walker Stadium first, a stadium-wide “Stripe Out” with fans being asked to wear red or white to the ballgame depending on the section they are located in. Click here for a map with a full breakdown of which colors coincide with which sections in the ballpark.

The stadium bowl of Baum-Walker will also be covered with red and white rally towels, provided by Hogs+, to coordinate with the Stripe Out map!

The first 1,000 fans in the gates on Friday will receive a commemorative poster featuring the name of each and every one of the 1,000+ lettermen from the program’s 100 seasons.

Join us as we salute our senior class on Saturday evening prior to first pitch. Be in your seats early as we honor Issac Bracken, Chris Lanzilli, Kole Ramage, Michael Turner, Zebulon Vermillion, and Braydon Webb in an on-field ceremony beginning at approximately 6:10 p.m.

For the first time at Baum-Walker Stadium, the Razorbacks are hosting Kids Run the Bases! This new ballpark promotion will occur following Sunday’s 2:00 p.m. series finale and will be open to children ages 13 and under. Kids and one (1) guardian can begin lining up following the conclusion of the eighth inning on the concourse by the right field foul pole at section 98. RSVP + a ticket to the game is required. Register by clicking here.

As we continue our yearlong celebration of the 100th season of Razorback Baseball, a Baum-Walker Stadium tradition makes it’s return to the ballpark! The first 3,000 fans in attendance on Sunday afternoon receive a commemorative Razorback Baseball pin to celebrate the program’s centennial season.