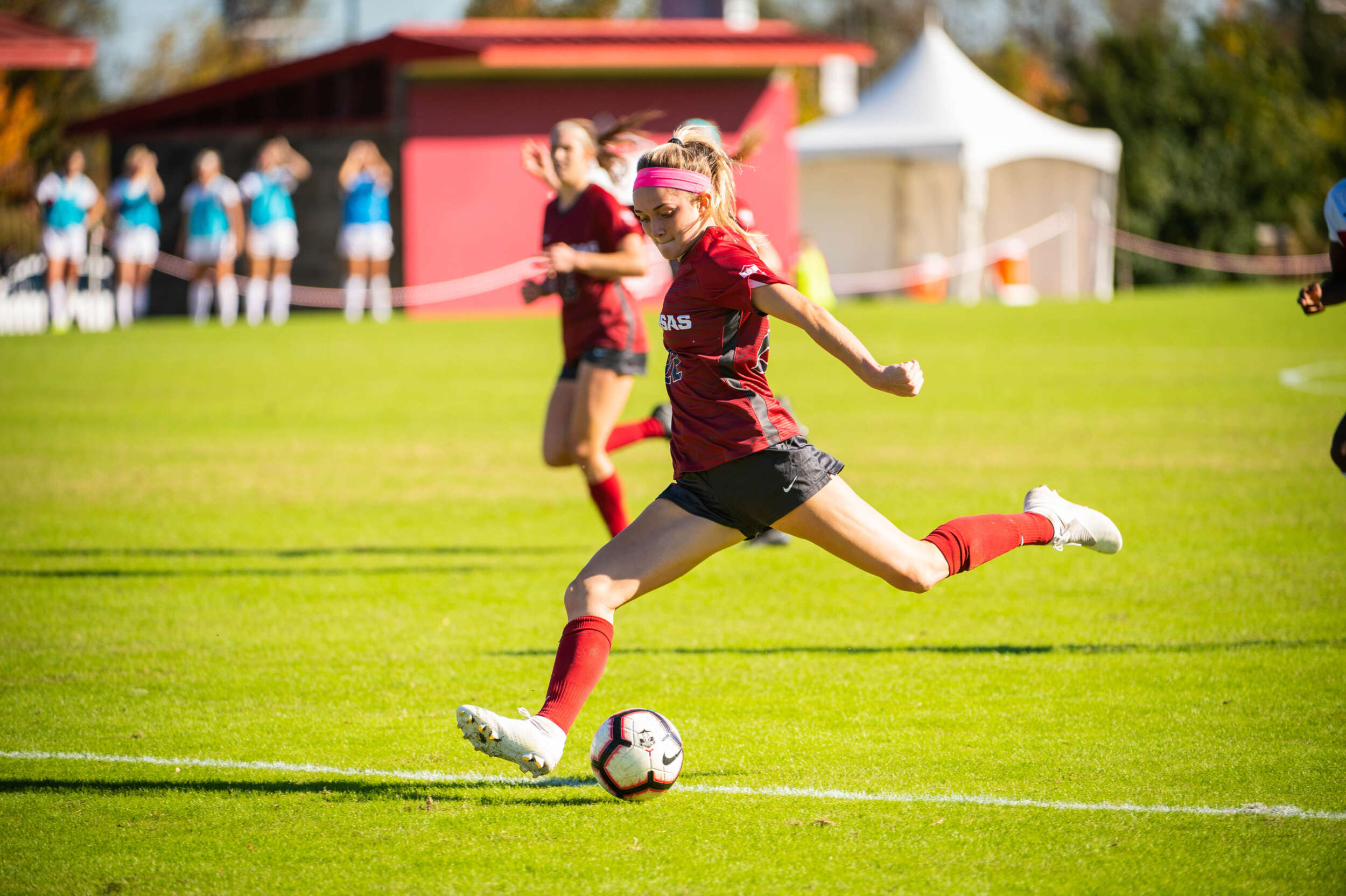 FAYETTEVILLE, Ark – Razorback Soccer forward Parker Goins was drafted by Racing Louisville FC as the first pick of the third round in the National Women’s Soccer League (NWSL) draft on Wednesday night. Goins, however, will use her extra year of eligibility given by the NCAA and return for Arkansas’ fall 2021 season before joining Racing Louisville FC.

Goins is a two-time First Team All-SEC performer and was named to the 2019 United Soccer Coaches All-Southeast Region Second Team. The Broken Arrow, Okla. native has been a key component that led Arkansas from an 11-10-1 record her freshman year to back-to-back SEC regular season champions the past two seasons. Goins is looking forward to a similar opportunity with the latest expansion team in the National Women’s Soccer League (NWSL).

“I’m excited to be a part of a brand-new program and help build it,” Goins said. “I can’t wait to get there and see what we can accomplish.”

Goins will be joined in Louisville with former Razorback goalie Katie Lund. Lund helped Arkansas secure its first SEC regular season title in 2019 and was selected by Racing Louisville FC in the 2020 NWSL Expansion Draft.

“I can’t wait to play with Katie again”, Goins said. “I was only able to play with her one year at Arkansas, but all last year I kept saying I wish I could’ve played with her so much more! So, this is a dream come true.”