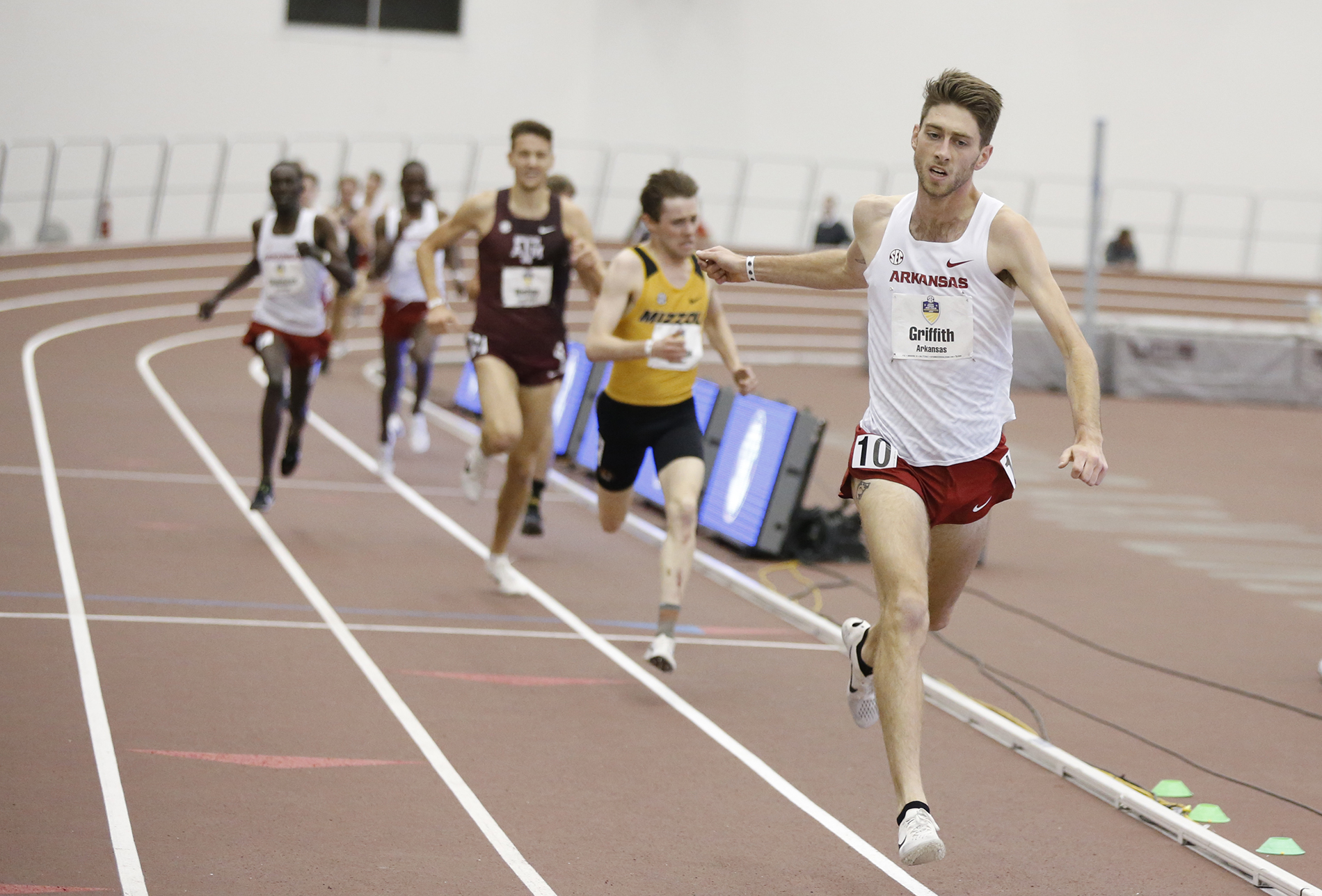 BIRMINGHAM, Ala. – Arkansas senior Cameron Griffith earned SEC Indoor Runner of the Year honors while Razorback head coach Chris Bucknam was selected as SEC Indoor Coach of the Year through voting by the 15 conference coaches.

Griffith produced 20 points in his final SEC Indoor Championships, claiming the Cliff Harper Trophy as the men’s high-point scorer, as Arkansas won the team championship by 18 points over LSU, 106-88. Griffith won the 3,000m title for the third consecutive year, placed second in the mile and ran anchor leg of the silver medal distance medley relay.

“The award epitomizes everything Cameron is about,” stated Bucknam. “Since the day he got here until his last conference championship it was all about the team. He would ask ‘what can I do, how many races coach, whatever you need.’

“We’ve been fortunate and have had many, many guys like that and he just fits into that Razorback tradition of great middle-distance runners. They usually carry a big workload when it comes to a team championship.”

In winning the SEC Indoor 3,000m title a third time, Griffith became just the third runner in the conference to achieve the feat. He joined Razorback Ryan Wilson (1996-98) and Tennessee’s Glenn Morgan (1988-90).

This year marked the 12th time a Razorback was the high-point scorer at the SEC Indoor Championships and the fifth time Arkansas has received the Runner of the Year honor. Previously, Razorbacks were chosen five times as SEC Indoor Athlete of the Year, before running and field event honors were awarded separately starting in 2004.