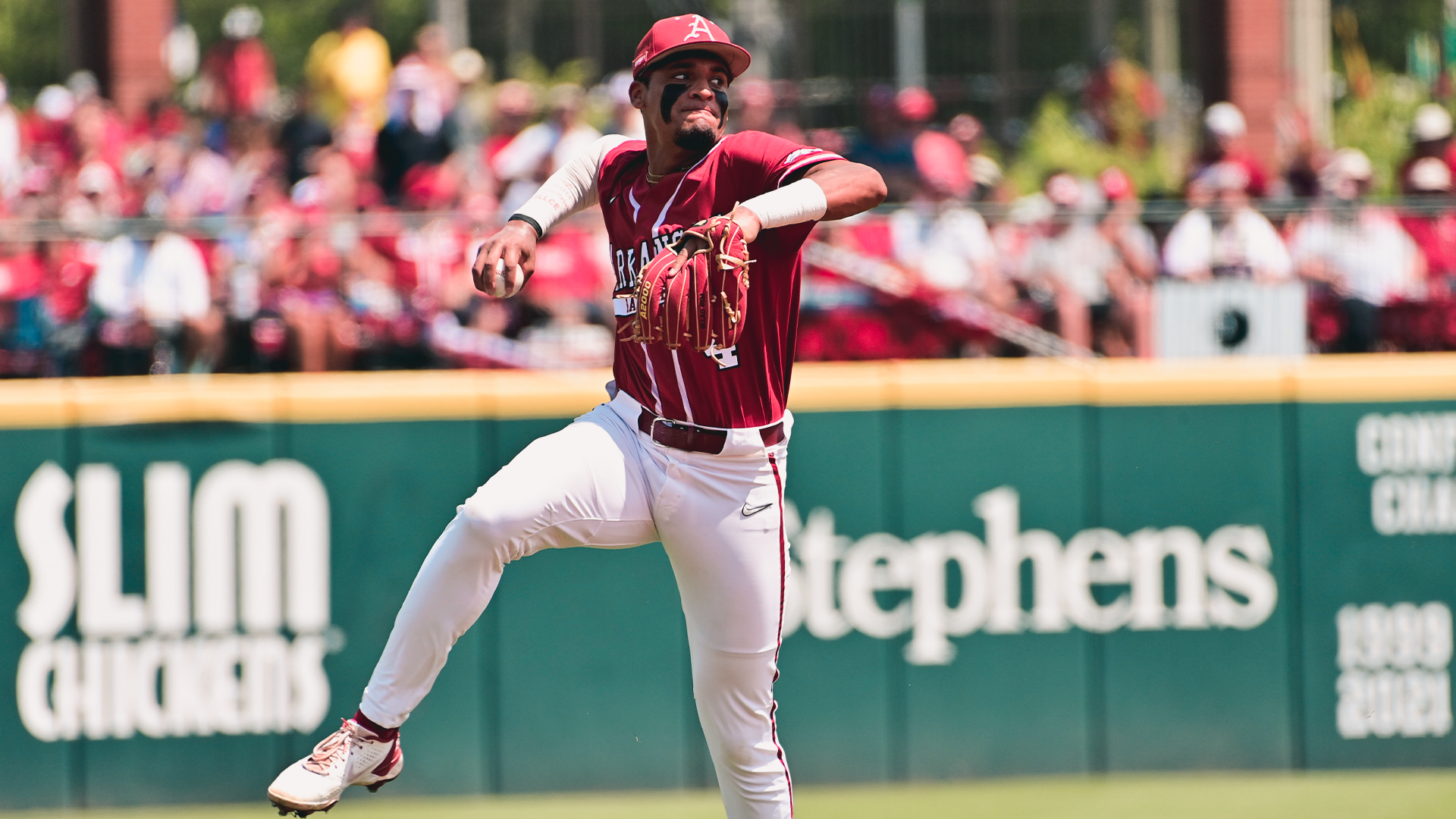 FAYETTEVILLE, Ark. – A trip to Omaha is on the line tomorrow.

A late response against No. 16 NC State came up one run short as No. 1 Arkansas went down swinging, 6-5, Saturday afternoon at Baum-Walker Stadium in the second game of the NCAA Fayetteville Super Regional.

The Razorbacks and Wolfpack will meet in the winner-take-all rubber match at 5 p.m. Sunday, June 13, to determine who will punch their ticket to the College World Series. The game, in which Arkansas is the home team, is set to broadcast on either ESPN2 or ESPNU with Mike Morgan (play-by-play) and Todd Walker (analyst) on the call.

Arkansas could not have asked for a better start to Saturday’s game as folk hero Charlie Welch hit his third homer in as many games in the top of the second inning to put the Hogs up, 2-0.

Razorback starter Lael Lockhart, meanwhile, held NC State scoreless through the first two frames. The left-hander ran into trouble in the third, however, and departed with two on and one out.

Ryan Costeiu took over and allowed an inherited runner to score, but Arkansas maintained a one-run lead headed into the fourth. The advantage would not hold up, though.

The Wolfpack struck for four more runs in the bottom half of the frame and opened a 5-2 lead before tacking on another run in the sixth.

Trailing 6-2 in the top of the seventh, Arkansas showed signs of life with a three-run outburst. Brady Slavens connected on his 14th home run of the year to cut the deficit to three before Casey Opitz reached on a two-out error, which brought home another run.

Jalen Battles then laced a two-out single up the middle, scoring Cullen Smith from second to make it a one-run game at Baum-Walker Stadium.

Kevin Kopps entered the ballgame to start the bottom of the seventh and twirled two scoreless innings with two strikeouts. For once, the Hogs could not capitalize on the momentum and went down quietly in the final two frames to seal their fate.

Along with Kopps, who lowered his season ERA to a nation-best 0.66 in 81 2/3 innings pitched on the year, Caden Monke shined in his appearance out of the bullpen. The lanky lefty punched out three in 1 2/3 frames of relief work in the middle innings.