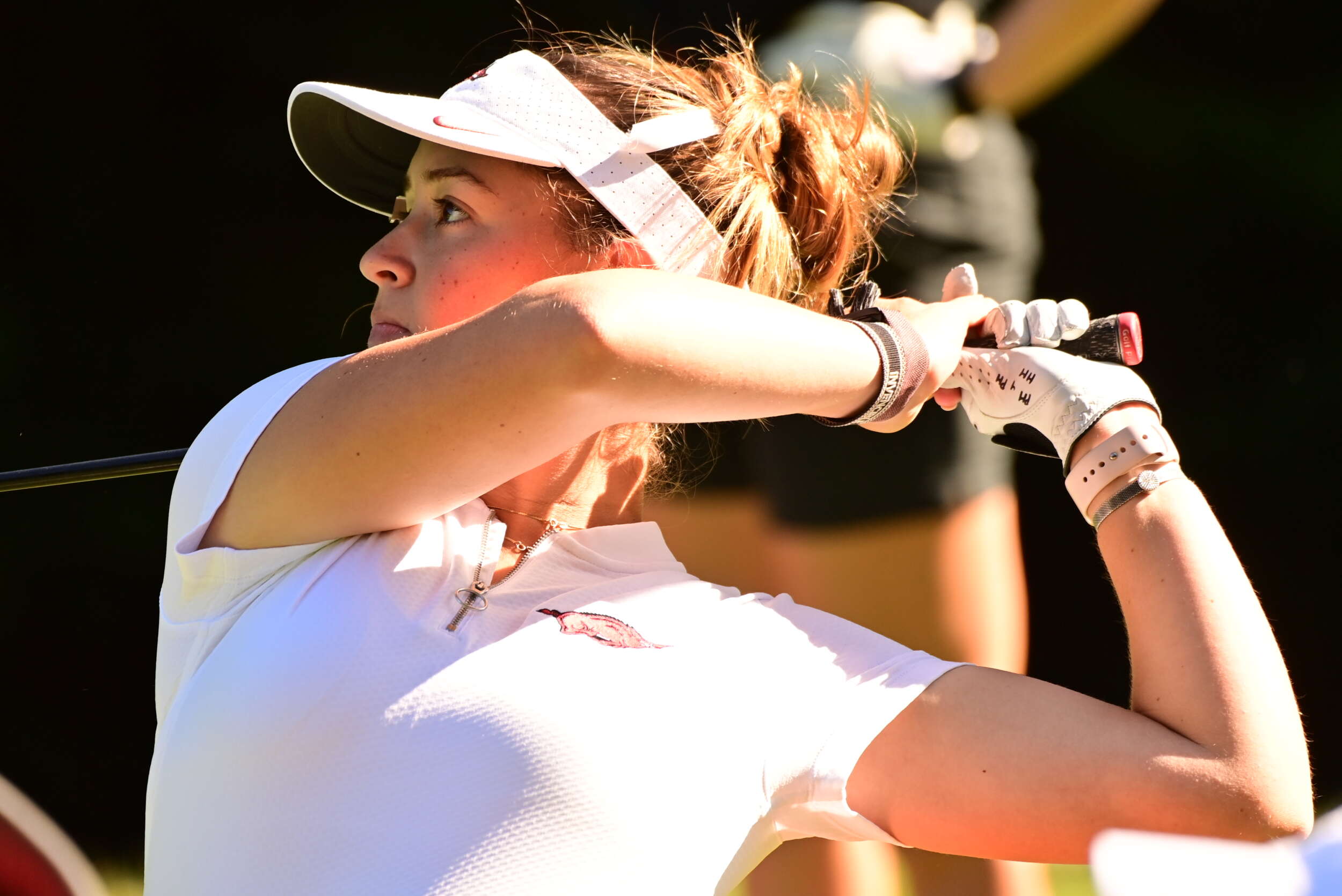 Hogs Climb Up to Second As Play Is Suspended

ROLAND, Ark. – After falling all the way down the leaderboard to start round one, No. 3 Arkansas Women’s Golf (+18) roared back in round two, and sit in second place at the Jackson T. Stephens Cup. Play was suspended due to time restraints, and the Hogs will be back at it to conclude the round and play round three tomorrow morning, starting at 8 a.m. LSU leads the field by six strokes (+12), while Ole Miss and South Carolina trail Arkansas by just one shot.

Juniors Kajal Mistry and Ela Anacona are leading the Hogs in this one, both sitting at four-over at the conclusion of day one. The two juniors are currently tied for fifth. Mistry tallied five birdies on the day, leading the team in that category. Anacona, who is making her debut at the Stephens Cup, also carded five birdies on the day, matching Mistry’s team-leading total. The junior duo currently sits six strokes behind Carla Tejedo, the event’s leader. She (-2) is the only player at the event under par.

Nipping at their heels is sophomore Cory Lopez, who is tied for ninth (+5), and is 16 holes through the second round. Lopez’s second round has helped propel her up the leaderboard, as she is one-under with two holes left to play tomorrow morning. Lopez has four birdies through nearly two rounds of play.

Junior Julia Gregg and sophomore Miriam Ayora round out the Hog five, as they are currently tied for 16th and 25th, respectfully. Gregg fired a 78 in round one, while Ayora fired an 81. Gregg is one-over through 14 holes in round two, while Ayora is even through 14.